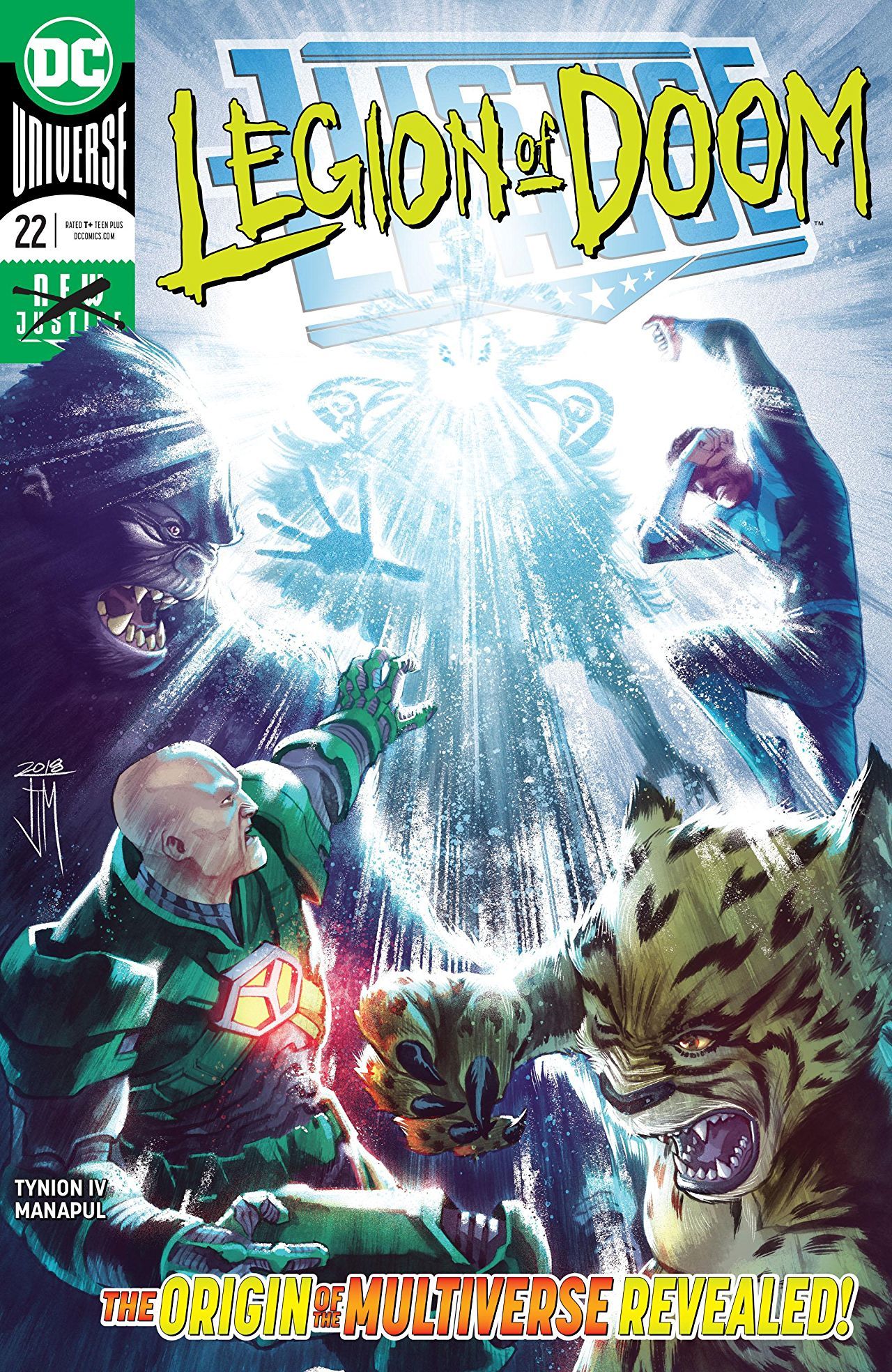 Damn. We were right in the middle of the most compelling arc of the series them bam! We’re hit with a Legion of Doom issue. But don’t fret. We may be taking a break from the 6-dimensional mayhem with the Justice League, but this LOD issue gives us a lot of backstory for some heavy hitters that really put the present scope of the series on display.

With bimonthly issues and a roster of characters well into the double digits, it can be hard to pin down who and what the conflict actually is. We know it’s Lex Luthor and the Legion of Doom but that’s only to an extent. The real big bad is the force that they unleashed, the mother of the universe named Perpetua.

Even though this was a Legion of Doom issue, it was really only similar in themes and perspective instead of the characters that inhabit the story. It’s a flashback issue explaining Perpetua’s past and her role in the creation of everything. So being that she’s our main villain, the LOD issue was the perfect place to explore all of that. 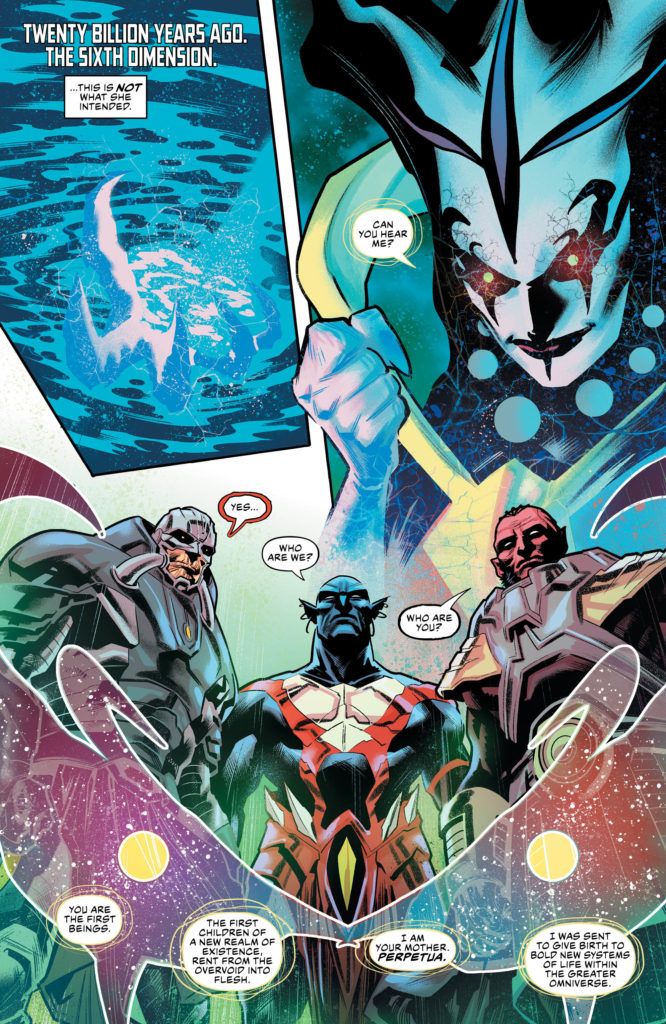 She birthed three sons, Forger, Moniter, and Anti-Moniter. If you know DC comics lore, those names sound familiar to you. She gave them their sole purpose to govern the multiverse. Keep it in check. But that should have been it. That was her purpose. Yet she continued to live, to reap her benefits. She should have dipped after she had her sons. But dipping in this situation would have meant death. So, her sons trapped her for eons once they figured out what was up, and millions of years later a cue ball named Lex Luthor let her loose.

What makes Perpetua so scary is that she’s a cosmic force that wants to be more than that. She has autonomous power over everything, but she wants to live a life. When something is that powerful and has dreams and aspirations that may go against or nullify your own, how do you stop that? The difference between Perpetua and the Justice League is vast. Our heroes are like ants, and she’s a Doc Marten boot. It’s already an insurmountable task, but she’s got Luthor on her side too. Yikes.

This issue had James Tynion IV and Francis Manapul team up. We haven’t seen much of them together. Maybe not at all on this run. Manapul’s stellar page layouts combined with art that belongs in the Sistine Chapel was a great combination that helped bring Perpetua and her story to life. Few others could have accomplished it in a way that Manapul has.

Justice League #22 gives us a history of the DC multiverse in a way that plants Perpetua front and center. She’s the mother of everything. And she’s disappointed in her kids. The only problem with that is, the entire multiverse could pay the price.