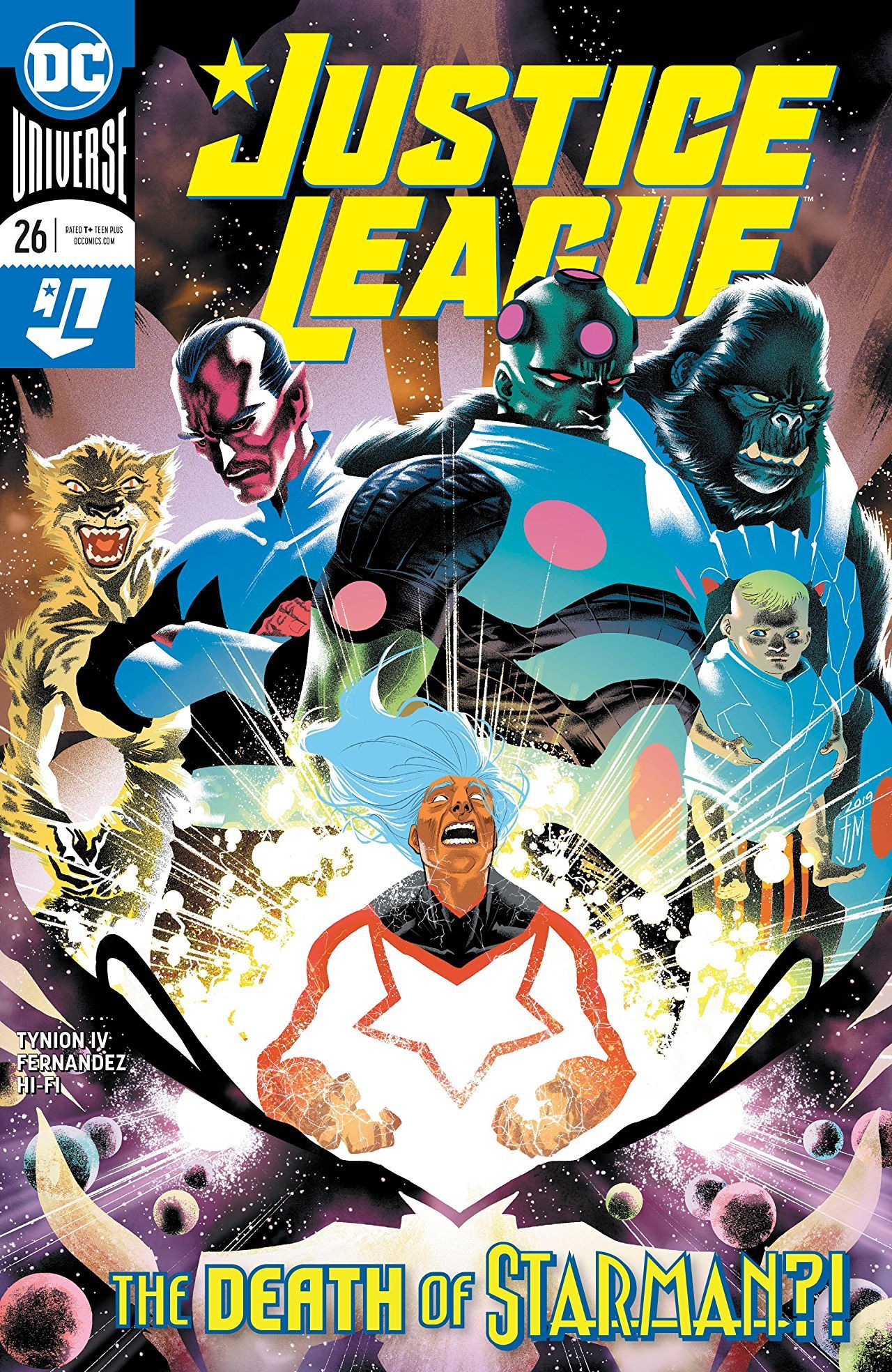 Yo man… look. This book is phenomenal. I know it may seem like a broken record at this point or that maybe someone is paying me to say nice things but rest assured, none of that is the case. Justice League is just great. Plain and simple.

This issue marked the start of a new arc and I initially thought it would be hard to top the “Sixth Dimension” story as it had my number one favorite thing about superhero comics: alternate versions of familiar heroes. Different suits, varied hairstyles, inverted color schemes. I am all about that life. So, guess what they did. Guess what this new arc just did!!! They gave me more of that. So much more. Like, if this was sugar, I’d need to go to the dentist.

One of the issue’s central scenes shows Superman addressing different Justice Leagues from across the multiverse at the House of Heroes. The best way to explain the House of Heroes is that it’s like the Hall of Justice but for the entire multiverse. The double page spread that sets up this scene is absolutely stunning. It’s one of those pages that you can’t help but think an artist waits for their whole career to draw. As Superman addresses this humongous house, if your eyes wander enough, you will catch some truly incredible variations of the League, some familiar, and some not. One notable team was the Justice League from Earth 2. You know, that one that had its own series for a few years during the “New 52.” Another was the future Justice League that features Batman Beyond. And Rorschach was chillin’ in the cut, too. There might have even been a little Justice Society nod. I wouldn’t be surprised since they just announced that they’d soon be making their return to the DC Universe. 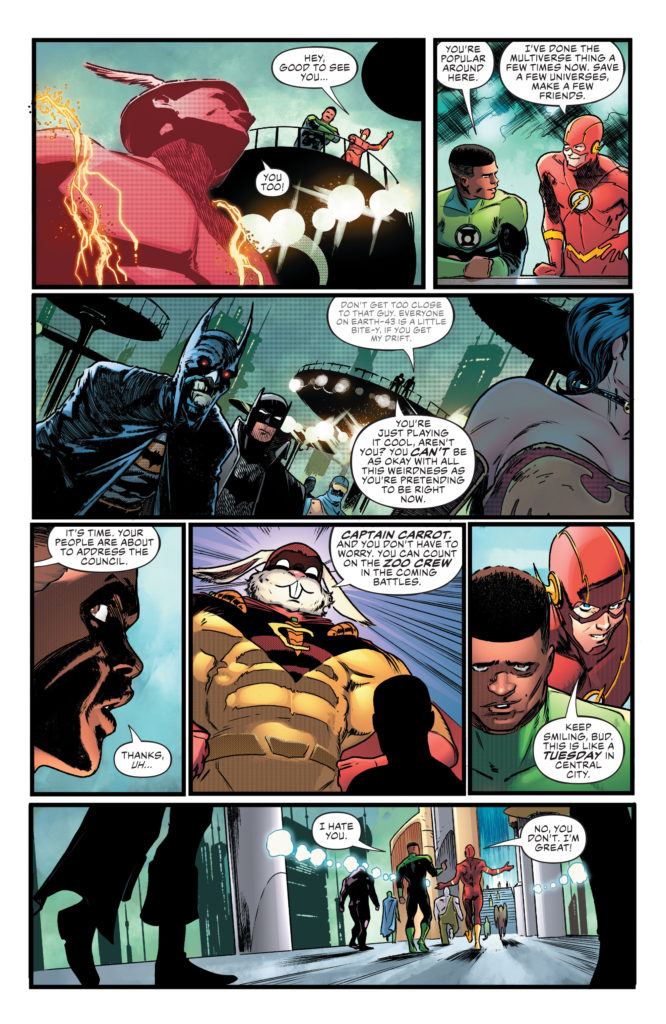 In another major scene from the issue, Hawkgirl is back at the Hall of Justice with Mera as she seems to be holding the pressure of figuring out how to combat the Legion of Doom solely on her shoulders. J’onn, the Chairman of the League is out trying to find Luthor, neglecting his responsibilities to the team. That leaves Hawkgirl in fight or flight mode as she tries to figure out the near infinite contingency plans that they’ll need to combat what’s to come.

As much as this issue had to bare in terms of setting up a new chapter of the story, it’s those small character moments that shine brightest.

It’s interesting. Both Manhunter and Hawkgirl feel the pressure of this threat in very different ways. As the leader of the League, the uncertainty of things has led J’onn to hone in on one thing that he’s channeling all of his energy into. It’s to the detriment to the rest of the team, but it’s all he can really focus on right now. And Hawkgirl, reacting to J’onn’s absence, is left to pick up his slack. She’s doing almost too much. Everything on her plate is necessary, but she’s not giving herself any time to breathe or rest or think. I love that these two characters are at the forefront of the Justice League. Their leadership is being put on display in what is easily one of the biggest threats the DC multiverse has ever seen.

Justice League #26 ushers in a new arc filled with comic book eye candy, hella stressed heroes, and an expanded team that brings me back to the days of Justice League Unlimited, when the whole DC squad could pull up on you.

10 Captain Carrot Cameos out of 10