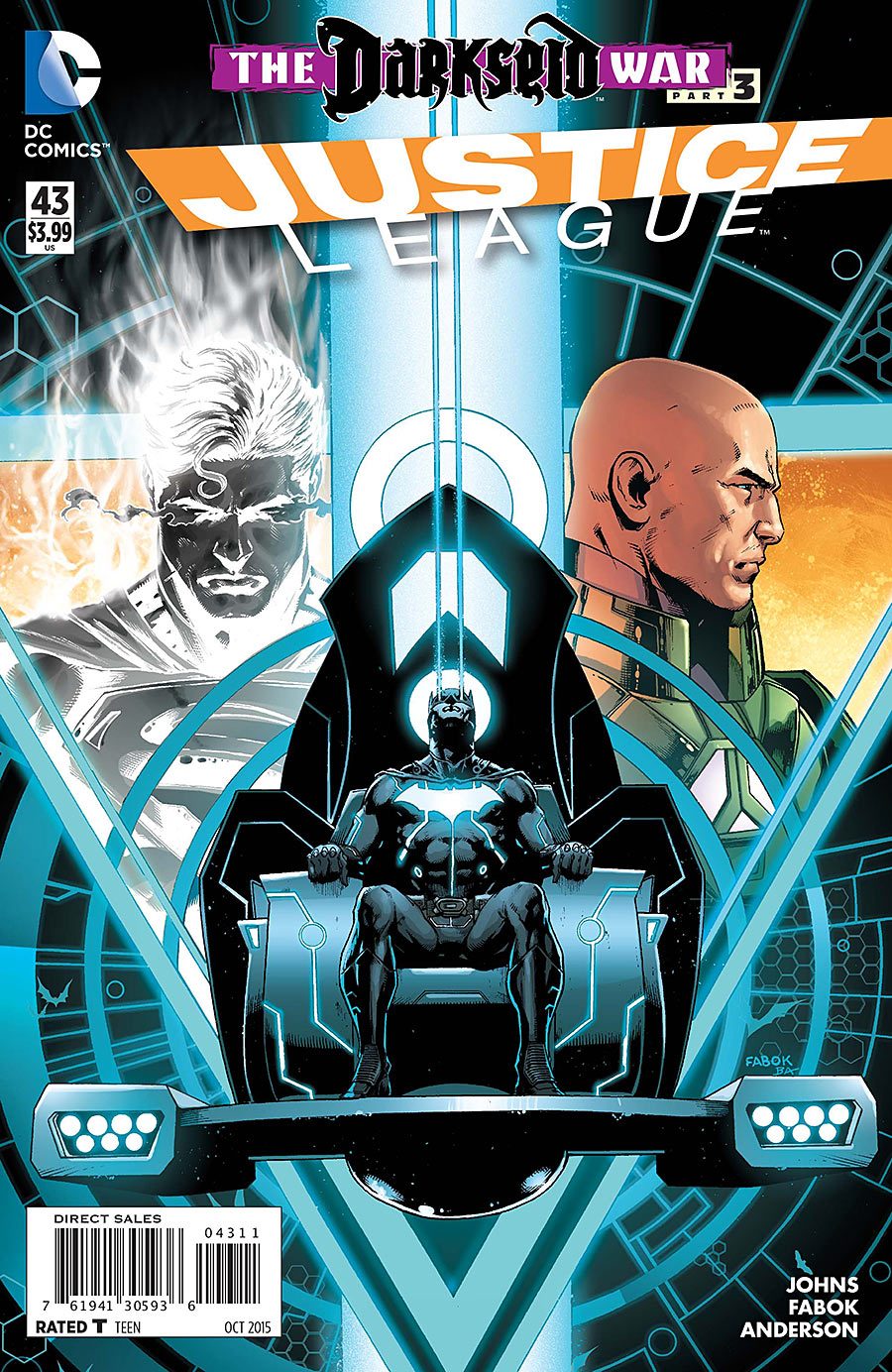 The Darkseid War has officially, become a war, folks. All the preparation of both the Anit-Monitor and Darkseid himself coming to Earth to do battle has finally happened. As cool as that is, it’s still the least interesting part of this issue. We catch up with Superman and Lex on Akropolis after they escaped the ambush from Lex’s sister and…they probably wish they had stayed in the ambush. Akropolis is probably the worst hell hole in existence (devoid of sun by the way) and this odd pairing is venturing through there without an immediate escape. Johns has done such a good job of illustrating the dynamic between these long time rivals and enemies and this no exception.

On Earth, it really is the “Batman is now a god” show, as he gets real comfortable in the Mobius chair. Sorry, his Mobius chair. As if Batman didn’t have ALL the information already, having instant knowledge on tap is a pretty cool spectacle for Bats. As is the rest of the Justice League’s concern that he won’t be able to handle it. I would’ve liked to see even more of this interaction, but with him going off planet with Hal, I’m guessing we’ll see it.

Fabok kills this book. Every. Damn. Month. There’s some awesome action sequences and character models when the war starts and I just can’t imagine anybody else doing a better job with this art. I really look forward to his characterizations every issue.

Pretty good issue, light on action, but bigger on answers as the war finally kicks off in earnest. This series will be large and sprawling, so it’s really hard to tell where exactly all this is going, but that’s part of the fun.