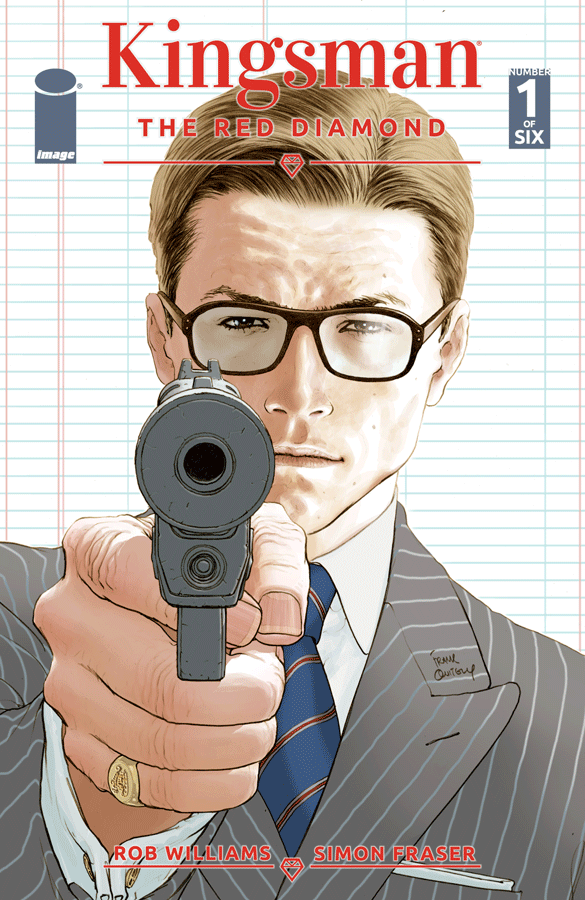 Keepin’ it a hunnit, I’m jumping into this Kingsman review without much knowledge of the previous comics that made this property so popular. I mean, obviously I know Mark Millar created this story with the premise of Eggsy and this British secret service agency; but besides that, it’s about to be a completely new experience for me, and I can’t fucking wait.

Mark Millar and David Gibbons are passing the Secret Service torch so writer Rob Williams and artist Simon Fraser can give us another look at the ultra violent, kidnapping, Kingsman world. Williams sets up Kingsman: The Red Diamond beautifully in this first issue. He does an excellent job of letting the reader know exactly who Eggsy is, what he’s about, and what’s been going on with him. He also gives us just enough insight into this diabolical Red Diamond villain.

We start off with a humorous scene of Eggsy out in them streets seducing the most beautiful woman, as expected from a MI6 gentleman. Of course, duty calls and Eggsy must forfeit his chance for a nightcap, but does so in classic comedic fashion. 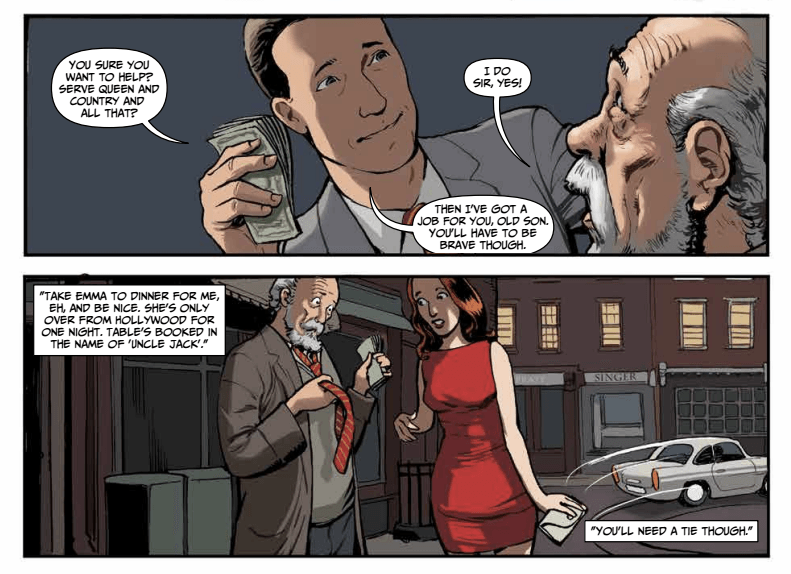 Outside his penchant for gorgeous ladies, Eggsy’s life as an MI6 agent could be better. He’s decided to deal with the biggest loss of his life by becoming a debauchee and throwing himself head first into all the dangerous missions. This issue’s entire story is just that. What the book does really nicely is show the duality of our boy Eggsy. The rough-around-the-edges boy from London and the debonair super spy.

We are left with a look into the plans of our new main antagonist, Red Diamond. The evil figure shows us exactly what he’s about, as he prepares to set in motion a plan that will cripple society and usher in a world of substance, as he so proudly puts it. 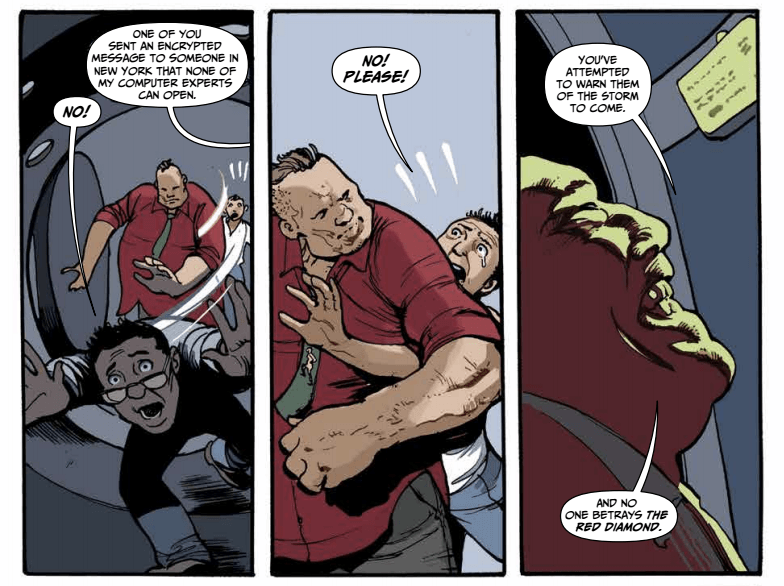 This looks to be an exciting Kingsman run. Love the shots at the movie version of Kingsman. Love the nerdy easter eggs sprinkled all throughout the issue. I really appreciate Williams giving all characters (good guys and bad) a geeky human side. It’s the tried and true method of making any story you create relatable. Can’t wait to see some of these Millarworld properties get the cartoon or live-action Netflix treatment.

7 Lethal Decompression Airlocks out of 10