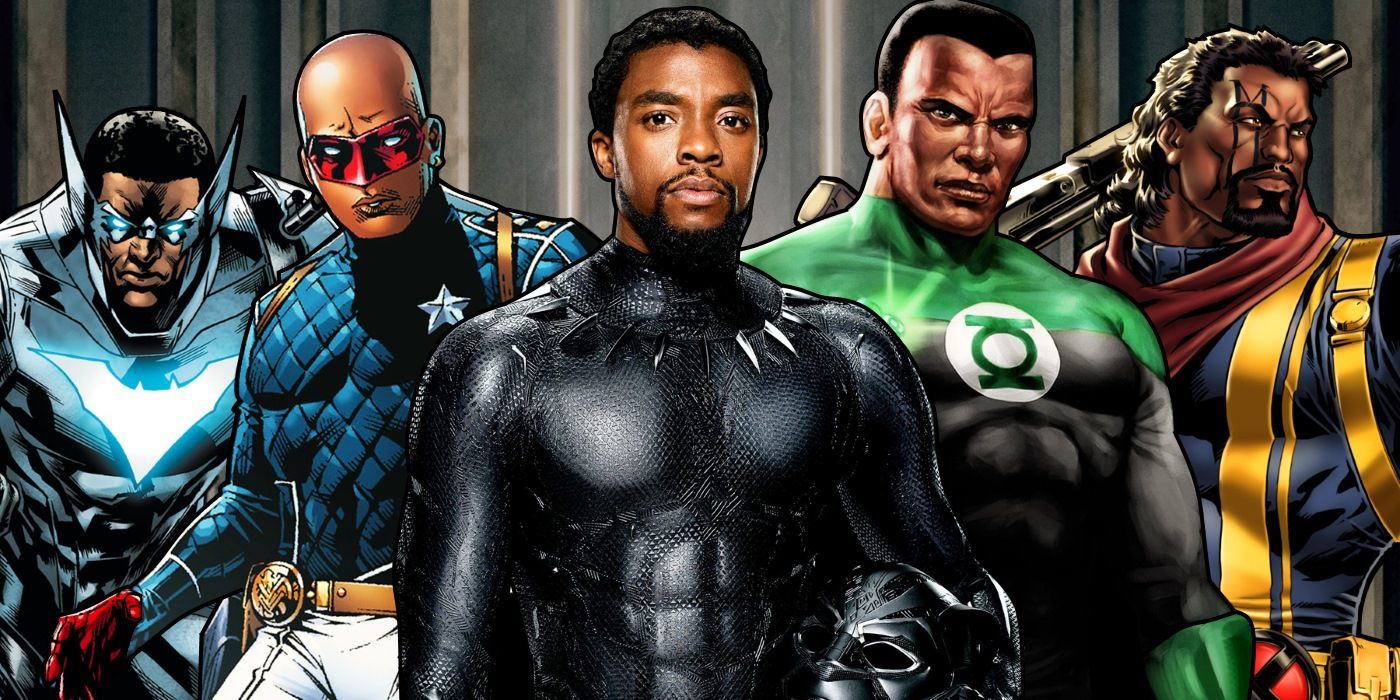 Legacy vs. “Original” Black Characters: We Can Win With Both

One of the great divides in Blerd-dom is the debate over whether representation advances through legacy heroes or through new, original Black characters. It’s been a conversation for as long as I’ve been on social media (which I consider impressive given that I’m old enough to remember life before social media). With Black stories having become more prominently marketable than they’ve been in years, the discourse over diverse stories cementing their foothold in popular culture has naturally made the rounds again.

On one hand, we have the legacy characters (usually superheroes) that are handed the mantle of an established, usually more popular hero. They’re usually diverse and progressive in some way the OG isn’t and often fills a void left by their predecessor. For example, for all his everyman, working class charisma, Peter Parker is still a white guy from Queens making a decent living in the tech industry. Meanwhile, his younger protégé, Miles Morales is a half Black/half Latin kid from Harlem who speaks three languages and is a STEM prodigy. Also bitten by a radioactive spider, Miles ends up taking the mantle out of a sense of responsibility to the city after witnessing his Peter being killed in action (before a retcon/reboot). Although he isn’t quite the marquee character the Black Panther has quickly become in the past few years, Miles has turned out to be something of a poster child for well received representation in comics since his creation in 2011. However, sometimes legacy characters like Miles receive some pushback for being a diverse character that still has to be centered around a predominantly white brand.

That’s where the argument for original Black characters comes in. Now, is Miles Morales original in the sense that he has his own agency, motives, and quirks completely outside of repping the Spider Man brand? Absolutely. But the argument could be (and is often) made that once you cut through all that, he’s still serving a prime directive of casting a wider net to sell a predominately white franchise whose fandom will always go up for its white OG. Meanwhile, when “original” characters enter the discourse, it’s usually someone like Milestone’s flagship hero, Static.

Created in 1993 by late visionary Dwayne McDuffie, Virgil Hawkins could easily be considered an archetype in the Black hero pantheon that paved the way for Miles. A noble, quippy teen with that balances Blerdiness and street smarts, Hawkins champions the hood the in a way that represents us without belittling or satirizing us.

Or there’s Eric Brooks alias Blade, a half vampire hunter of the undead that blends a very specific sort of cultural cool with the kind of escapist power fantasy we see out of white characters like Batman or Wolverine to deliver what looks like the John Shaft of the supernatural.

It’s through these modern day archetypes that Black people get to see themselves represented in the kind of stories many of us grew up on while carving out a mythology that feels specifically for us without being forced on us.

But the criticism on this end of the representation spectrum is that even in a time where Blackness has been made to feel like a marketable commodity, these heroes don’t necessarily feel like they can be as popular as their counterparts with recognizable bat or spider emblems. After all, feeling like your thing is THE thing that everyone else knows about is part of the attractiveness of pop culture. And that comes with the fear or uncomfortable possibility that your thing won’t catch fire the way the white people’s thing does.

So, which one is more valid? Which side of the argument is right? The answer is both are valid but neither are unequivocally right.

This isn’t popular to say in our increasingly polarized society but the truth is….it’s completely fine and probably necessary to support both.

We deserve to be seen in every arena.

Proper representation means the entire spread must be accounted for. The concept of legacy characters puts a bad taste in some mouths because the optics read too much like “hand-me downs” which is not what you want to sell to people whose ancestors had to eat the parts of an animal that their oppressors didn’t want not too many generations ago. But the idea of mantle passing didn’t start with James Rhodes or Sam Wilson. Superheroes as far back as the Phantom and Zorro have elements of inheriting mantles over the years as the need for a protector arises. And even if this weren’t the case, kids deserve to see themselves represented in the stories they love like Spider Man.

Meanwhile, original characters and independent content is always equally crucial. In fact, the more legacy characters and mainstream affiliates manage to pique the audience’s curiosity, the more they’ll probably look for alternatives outside the box.

If we’re ever going to increase the chances for Black content to prosper, it’s crucial to lend support to several different types whether they are popular or up and coming. The more the merrier. Besides, this increases our chances of seeing more eclectic costumes at conventions. Because, personally, I’m tired of seeing a Deadpool at every booth.