Yes, yes, yes my benders. This is what the benders in the hood been waiting for ever since Lin stared out the airship, remembering the metal domes in Book Three.

The impenetrable Metal City (you know, that same city that The Angels of Death aka Red Lotus Clan infiltrated last season) got the might of the entire Earth Nation on its front door and them cats ain’t come to welcome these muthafuckas to the neighborhood. Suyin, who apparently gives no fucks about any parent of the year contests this year, has taken her twin boys on a Splinter Cell Mission to assassinate Kuvira while she slept.

What could possibly go wrong? I mean, this shit was gonna end in disaster no matter what, but among the numerous issues with this strategy, who actually thinks that Kuvira sleeps? I don’t even think she takes off her armor except when she using that joint as a weapon. Needless to say, the shit don’t exactly work out for the home team.

(Quick Sidenote, have we ever seen anyone other than a Beifong do the Sonar Stomp? Shit is greatness.)

So…things could have started better…

Kuvira on the loudspeaker, putting Suyin and her sons on the Summer Jam screen while Korra, Jinora and Opal are discussing what to do. Actually, Opal is completely fucking fed up with Korra, might be more accurate. There’s an army right outside of her home, her mother and twin brothers are captives and Korra talking about Kuvira is acting in self defense.

On the prison train, your boy Tony Stark is going through alcohol withdraw on the floor of his cell. Zhu Li ain’t comin back bruh, at least no time soon, so Varrick might have some adjusting to do. When they try to take him off to work, Varrick confesses he’s only productive about 15 minutes a day, usually in the afternoon around 3:45. Which makes him about 70% more productive than Congress. Varrick convinces them that Bolin, master earth bender and the only “confirmed” living lava bender should be his assistant. 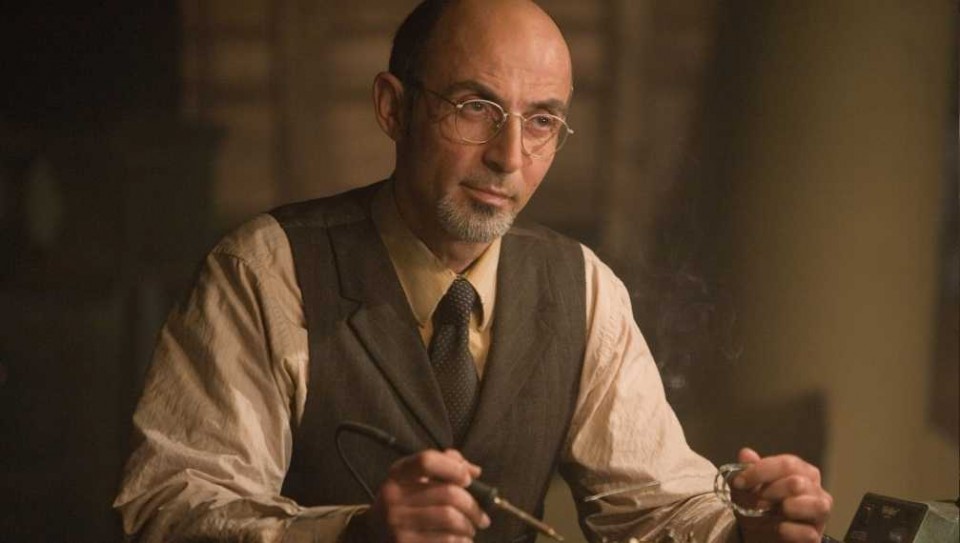 Aww, shit, can we parley my benders or can we parley one time? This shit turned out about as well as the time the Baratheons tried to discuss terms before a battle, except Kuvira ain’t fuckin with peaches because that shit ain’t got enough iron in it.


[divider type=”space_thin”]
On top of all that, Kuvira looked Opal dead up in her Air Bending soul and delivered the Pretty Tony, “Yo Bender Chose Me” monologue to her concerning Bolin. Kuvira wants unconditional surrender and finally Korra realizes that Negotiation isn’t a bendable element and that this shit ain’t gonna be resolved until they throw them thangs. Basically, Kuvira is like, Zaofu is the 1% and I’m here to redistribute the wealth. Which might sound pretty liberal until you remember that she actually got Abu Graibs set up around the Earth Empire. Then Kuvira drops the “Monster” verse on Korra. Your bendin ain’t shit. Your hair ain’t shit. Your daddy ain’t shit. Your avatar line ain’t shit…

When Korra accepted her challenge, you knew shit was gonna go bad when she referred to herself in third person. Ayo, lames…the third person shit never works out. Just a gentle PSA for my benders.

1. Overconfidence. Korra, you could spend a week getting loose, but you been on the PUP (Physically Unable to Perform) List for a grip. And the Great Uniter walked into the Earth Nation Arcade with one quarter and been Ultra Combo-ing benders for three years now. She ain’t comin’ off them sticks easily.

2. When your opponent scores a pretty flawless knockdown on you and immediately does the Bushido Brown on you…

We interrupt this ass-whuppin’ to bring you more Iron Man building weapons for the enemy.

Bolin is fully in, “I did not sign up for this shit” mode while Varrick has to get up and get his own tools. This is truly the worst 24 hours of Varrick’s life. And this dude been in prison. Varrick states that this was intended as a clean energy source, that they are now weaponizing. So maybe this 50% Iron Man and 50% The Dark Knight Rises.

In case you were wondering how the fight for Zaofu was going, Korra still getting the parachute pants beat off of her. Its a sad state of affairs my benders. Kuvira out here acting like this is light work.

Opal and Jinora want to rush in to help, but Korra tells them stay back, she got this…which must be Avatar for:

Meanwhile, even though Tony Stark is usually the cause of all kinds of bad shit happening in the Marvel Universe, lest we forget that he is almost always the smartest guy in the room. Varrick knows what he’s doing and instead of straight up weaponizing the spirit vines, he turns it into a bomb.

And then Varrick jumps on the track and drops this hot verse:

Hottest shit Varrick ever spit. Even if it did get a bit Robin Thicke there towards the end.

Back to 1971 Muhammad Ali vs some dude they picked up on 5th Avenue, the shit is still going pretty rough. Korra getting laid out like the business casual garb on the bed right before work. Suyin yellin’ that Britney Spears from her platinum cage.

Kuvira is about to give Korra that Super Smash Bros before Korra decides to stop bullshittin’. She goes into that Avatar state and flips the script.

And right when Korra raises up on Kuvira like a new nation, guess who makes their triumphant return…

Welcome back Soul Caliber Korra! Man, we did not miss your ass at all! Jinora thinking they got all the poison out, but since the Avatar-verse is like 1920 in our time, these muthafuckas don’t know anything about mental illness unless you are trying to take over the world. Korra got both barrels of that PTSD and she can’t finish off Kuvira. And Kuvira out here with the Azula cut giving no fucks, walking up on Korra like, “Well, it was a good run. Tell the next Avatar in line to ask about me.”

Yo, how does that shit not look like a Mortal Kombat Finisher? Like you didn’t fix your thumbs for that [sweep distance, down, down, back, down, X] when you saw the talon cuffs come out. At this point, Opal and Jinora got no choice and Korra, once again is saved by Jinora and company. New tattoos, ain’t shit changed, b. Kuvira gives the order to attack and the airbenders let that hawk out to hold them back. And props to Jinora. She out here, literally in the eye of the storm, astroplaning on these fools to ask for help. Word reaches Ikki and Meelo, who are finally allowed to get into the battle.

But we gotta cover something…

Why the fuck is Meelo so gotdamn Claude Monet on the art? As natural as he is as an airbender, Meelo out here flexing this other talents in case he ever gets tired of beating down these fools. Which is doubtful.

Baatar Jr. decides not to call Varrick on his bluff (first smart thing he’s done) and they leave Varrick and Bolin with the bomb. Varrick wasn’t actually bluffing, so he’s prepared to go boom with the rest of the train, but Bolin is too young for this martyrdom bullshit.

Korra, Jinora and Opal finally get rescued when Meelo brings Pepper into the landing zone hot.


[divider type=”space_thin”]
Unfortunately, this all means that Zaofu has fell to Kuvira. She now has united the Earth Empire solely under her rule, Suyin’s whole family got the platinum coffins on and Korra gets the brakes beat off of her so often, we should just call that shit, Friday afternoon, at this point. And if all that wasn’t bad enough, Baatar, Jr. thinks he can use Varrick’s original design to build a super weapon. It’s all bad fam. ALL BAD.