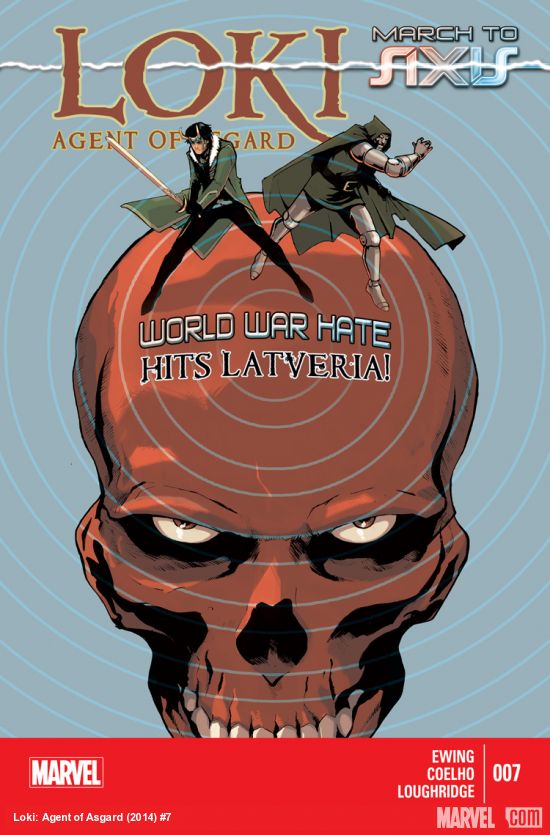 The Prince of lies is trapped in Doom’s device and it is up to Verity to convince The genius Valeria that just the future isn’t set in stone and that there is the possibility of change for Loki. Also the fact that they need his help is a big factor as well. We see the axis cross over occurring as Doom has to quell the hate that has come over his citizens only to realize this hate is being done by the newly powered Red Skull.

Loki puts in grunt work but its verity that saves the day. This issue was so much of a break from the main story line which we get a hint of in the very beginning with Odin and his wife discussing current events. My only complaint is how ever the top villainy Doom is to the point of a Saturday morning cartoon. He was doing the most, the best part tho was when Valeria was asking for ice cream to which “Doom shall consider it” was the response.