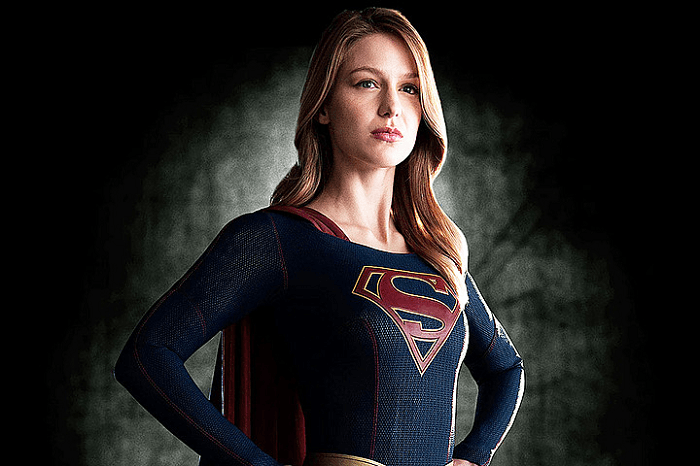 CBS just released their first look at this upcoming fall’s Supergirl, and everyone… I think it may finally be safe to exhale that breath you’ve been holding. Brought to you by Greg Berlanti, the creator behind recent comic book-based shows Arrow and The Flash, it seems that Supergirl may be DC’s answer to Marvel’s successful Agent Carter and boy! is it one heck of a power move.

While I’m a little ambivalent about the CGI effects, I have to admit that I’m a sucker for what seems to be a fun mix of Devil Wears Prada meets superhero antics (and yes, I’m well aware of how close this trailer seems to follow a certain Saturday Night Live skit. But honestly? I want to see that movie.) If Melissa Benoist channeled more Zooey Deschanel than Princess Diaries-era Anne Hathaway I think I would find this story more annoying, but Benoist’s performance strikes just the right balance of quirky humor so that Kara feels familiar; if not you, then definitely a woman you’ve met. Let’s also not forget the fact that not only is James “Jimmy” Olsen being played by a Black actor, he’s being portrayed by a former fashion model. You heard it hear: Mehcad Brooks will be making people everywhere claim Jimmy Olsen as bae for the first time in history.

Overall, I’d have to say my main issue with this trailer is the defense behind the “girl” in “Supergirl,” which is essentially to hand wave it away with a simple “well, girls can be powerful, etc, etc, too!” Yes. They can. “Girl” is also a word we use to refer to a non-adult person, which Kara most certainly is not. It’s that simple. If the show can reign in this sort of heavy handedness and play up its fun contrast to the popular brooding hero, it looks like it’ll definitely be worth the watch!

What are your thoughts?