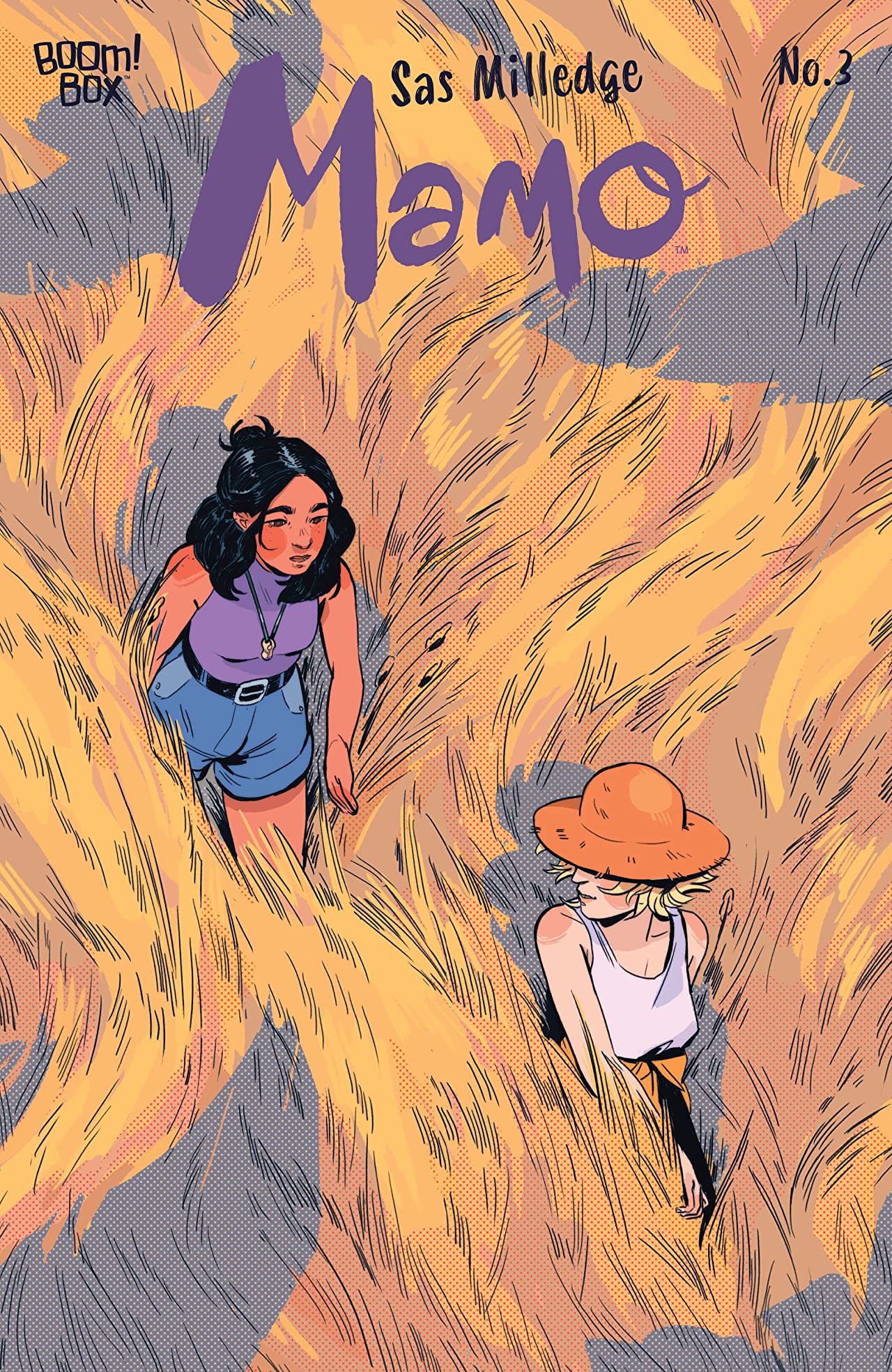 Sas Milledge is creating a truly spectacular character study between Orla and Jo with Mamo. Every oversized issue puts the duo in a new situation on the island that has them dealing with the normal residents of the seaside town and the magical denizens that also occupy the space. Orla and Jo are characters, who up until this point have been defined by their familial relations, are now learning about themselves and the world on their own. It’s truly heartwarming to see.

Mamo #3 opens with Jo asking Orla to teach her magic, to which Orla replies with what feels like the central dogma of the series, “Power shared is power doubled.” In a series about inheritances and friendship, such a simple thing creates this incredible foundation in which all other interactions in the story can be built openly. Milledge’s elegance in their dialog creates all these fascinating moments that build on top of one another. There’s a flow to how the duo creates a cairn one scene and then head back into town to solve another magical problem before the overarching myth arc consumes them yet again.

Milledge’s illustrations are some of my favorites in recent memory. The picturesque scenery is stunning, and the way they are able to capture the wind in the girls’ hair creates a sense of liveliness on the page. And whenever the magical elements get involved, there is something particularly awe-inspiring about how the different creatures navigate throughout the world.

And since Mamo #3 is a larger than typical comic issue, Milledge uses that space to let us live in the world for a few extra beats. And those extra panels that let us drink in the scenery and revel in the majesty of everything just make the comic work even more. The space lets us linger and get lost in the moments of magic which is really all you could ask for from a book about witchcraft.

This five issue debut from Milledge has reached its midpoint with bravado, and I eagerly await the final two issues to see how Orla and Jo’s story continues.