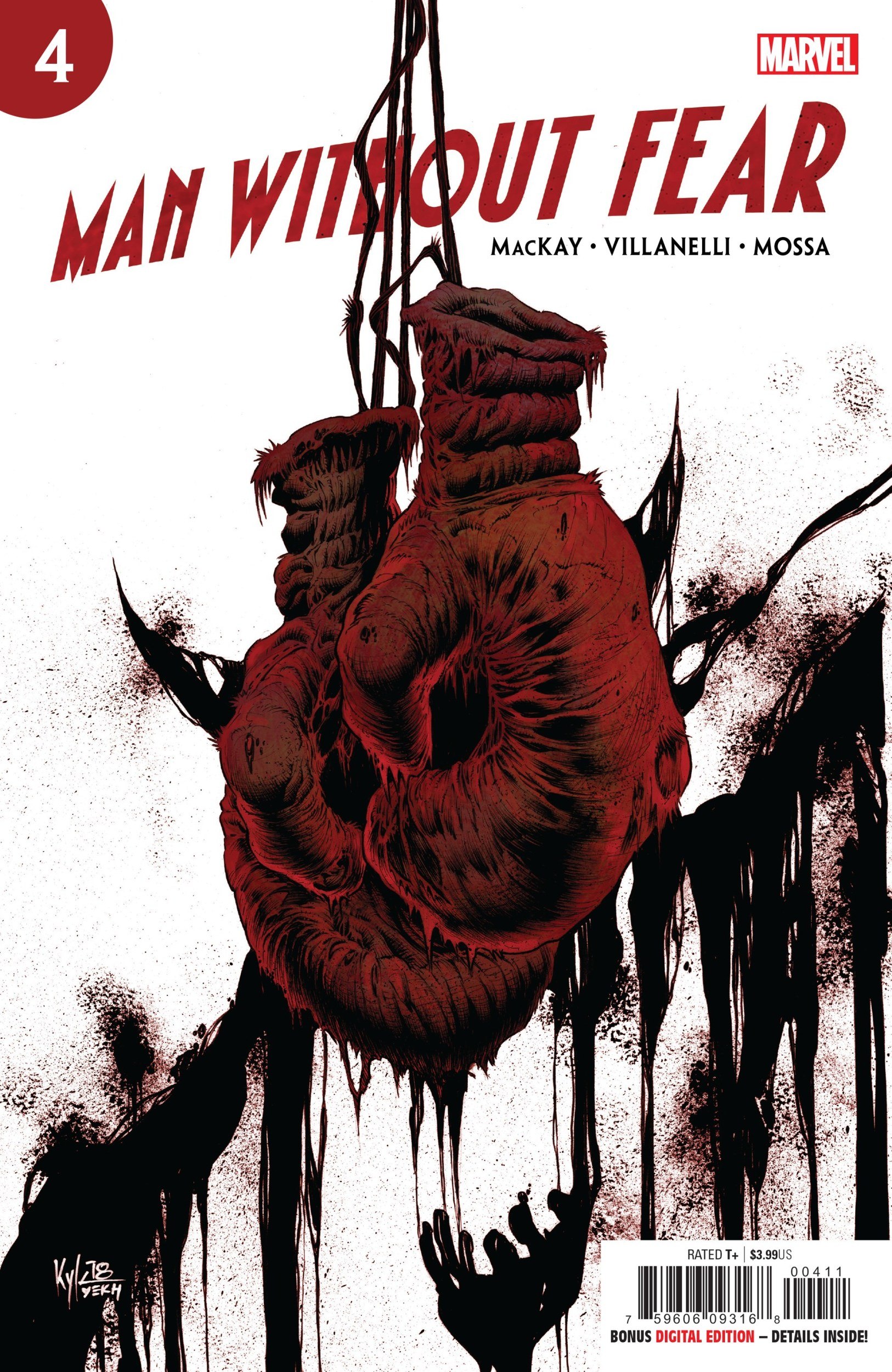 A weekly miniseries I’ve agreed to cover can feel a little oppressive at times. But when it’s about one of my favorite characters and is so impressively done that oppression turns to gratitude real quick. MacKay and Villanelli created something beautiful in Man Without Fear #4. Last issue magically portrayed Daredevil helped and confronted (helped by confrontation?) by his friends, The Defenders. This issue was equally magical in opposition. Instead of multiple friends doing their best to help our protagonist, one of his greatest enemies revels in Murdock’s weakness.

Wilson “The Kingpin” Fisk visits Matt “The Daredevil” Murdock at his hospital bedside. Presuming his adversary’s unconsciousness Fisk regales himself, monologuing of Murdock’s fallen physical and emotional state. He predictably brings up the undoubted connection between him and Daredevil, reminiscing of an early encounter where he outwitted the hero. Feigning sleep, Murdock is plagued with fear and anxiety, painfully aware of his powerlessness if Fisk decides to end his visit with violence.

There is an aesthetic and rhetorical beauty to this comic. MacKay taps into the violent, hateful intimacy between the two characters. Kingpin lecturing Daredevil (whom he mistakenly thinks is an unconscious Murdock) allows for a juxtaposed narration by the two. Their thoughts dancing and blending in sheer poetry. You’re given the sense that each of these two want nothing less than an absolute, unqualified victory over the other and a respect that only comes from acknowledging a dangerous enemy. Villanelli puts in some magnificent work, especially in the snowy memory shared by Fisk. I’m reminded of The Spirit movie with Daredevil’s bright red costume against the pitch black shadow of night. 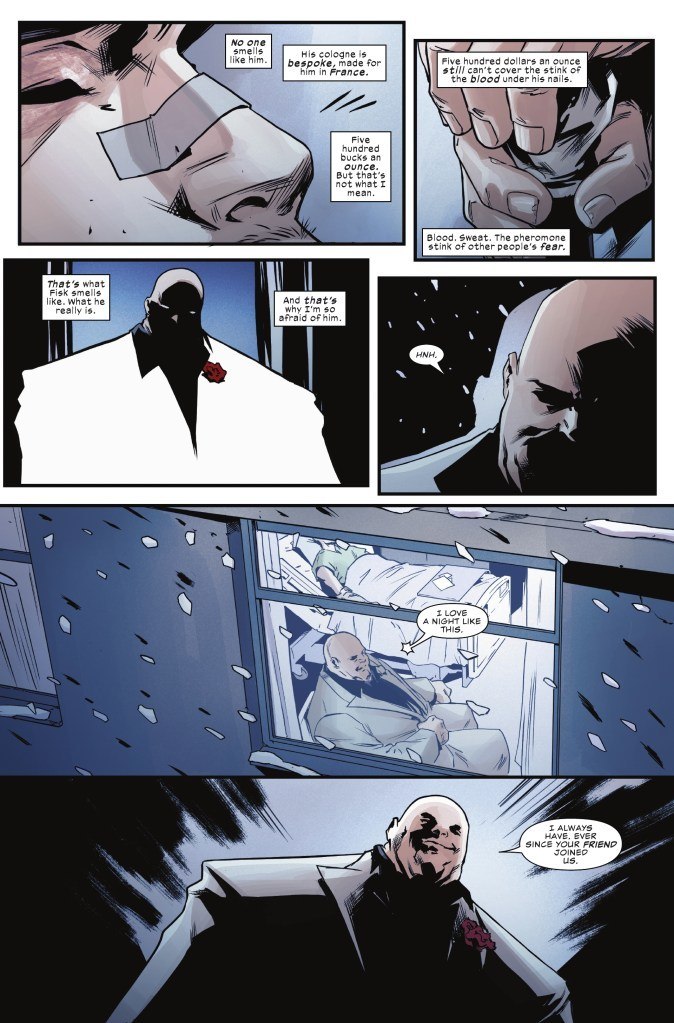 The end of this comic holds a particular weight to it. Two points. It reveals Kingpin’s role as a bully, reveling in power and dominance over his weakened enemy. When met with unexpected confrontation, though, he is caught off guard and loses his mighty air. Murdock, our fearful Man Without Fear, reveals a major source of his ability to suppress and even eliminate (am I too readily giving into the nickname’s hype?) fear. Rage. One thing that will push Daredevil to righteous action – despite the risk of great harm – time and time again, is how angry a person like Fisk makes him.

These two facts about these two characters collide in an ending that betrays the tranquil hospital setting. I enjoyed this so much that I’m concerned that MacKay couldn’t possibly top it in next week’s finale.