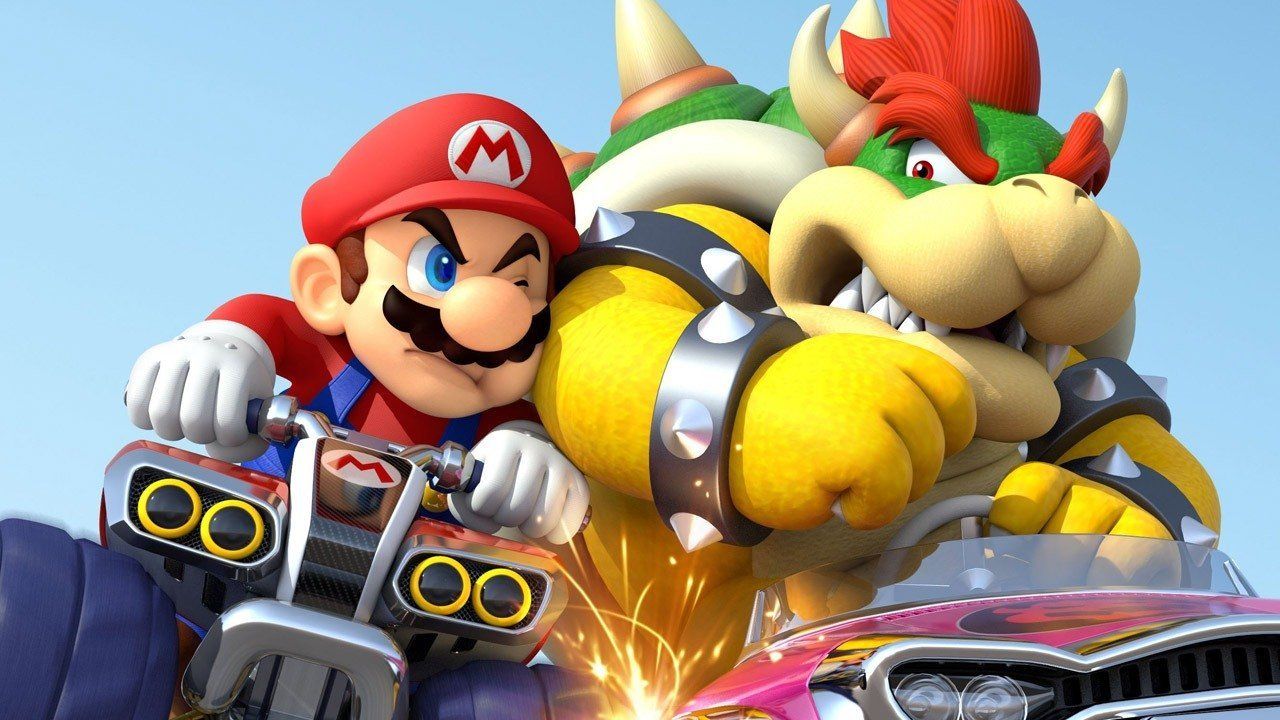 Catch These Shells on the Go!

The Mario Kart Tour mobile beta test finally hit Android platforms, so you know what that means. You can catch these blue shells on the go. We’ve been waiting for this to drop since they announced the project over two years ago, and for a mobile game this is pretty solid. The game starts off with players shooting off a pipe and receiving a randomized character and kart. I received Toadette (my sworn enemy in these streets) along with a basic pink kart. They start you off with a tutorial to show off the controls and menu navigation. The developers were sure to give players a walk-through of each component in short bursts to give time for players to navigate on their own and not overbear them with too many instructions at once. 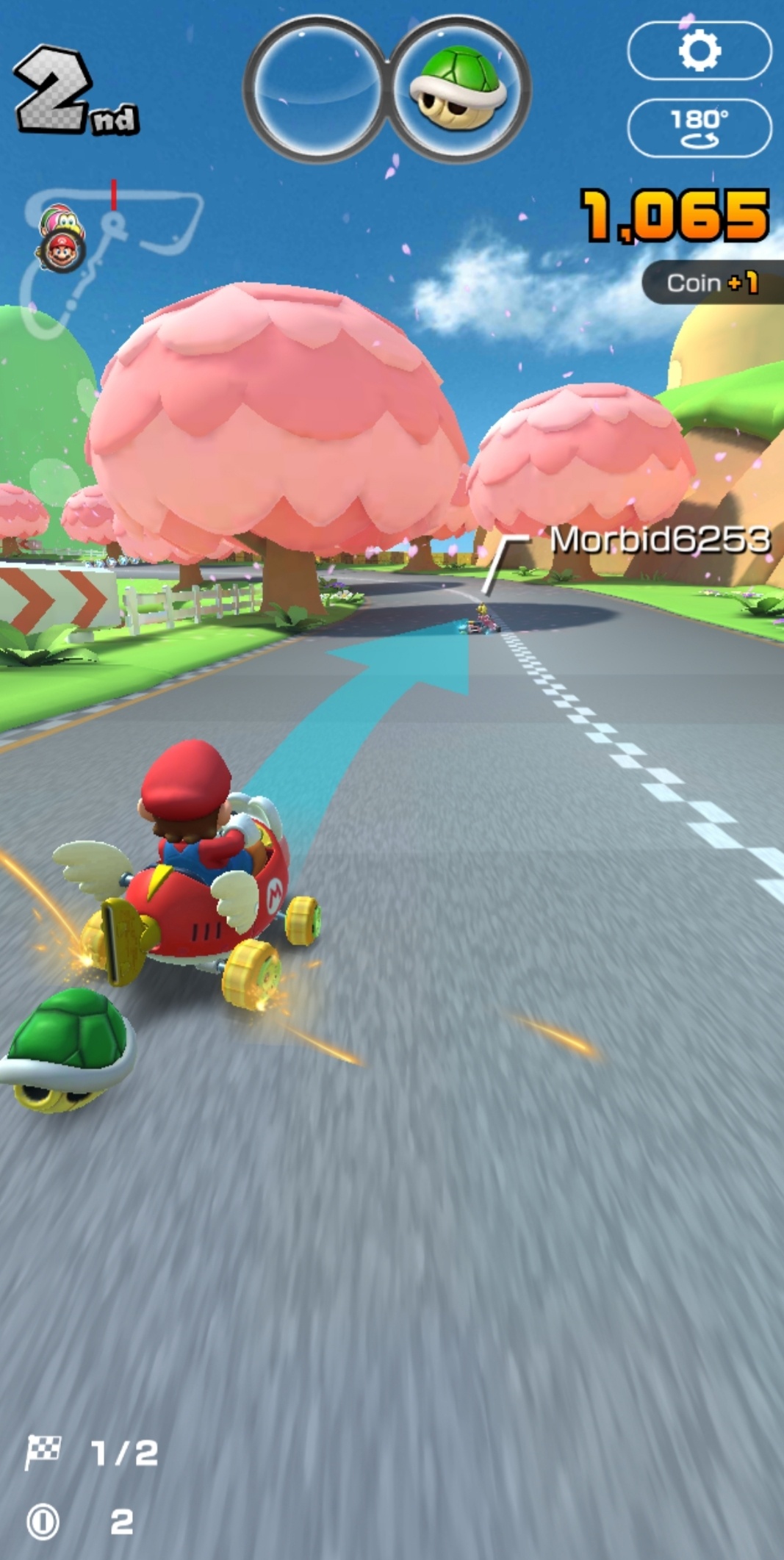 Keep Your Hands on the Wheel at All Times

Before you start a race, you have the ability to choose between karts, para gliders, and an array of characters (that you may unlock throughout the game). The incentive to get to first place is rewarded with coins and stars so that players may receive tour gifts. These gifts are sometimes characters and emeralds. Players may trade in emeralds for a shot at the pipe in order to receive characters, karts, and para-gliders. (Emeralds are also available for purchase if you do not have enough for the pipe. Hearts are also available for purchase when you run out and want to keep playing races).

Players are also able to unlock faster courses (100cc-200cc) the higher their level is. Increasing your level is pretty easy. All you have to do is keep playing through courses, and the higher your place within races you will be rewarded with more experience points. Reaching higher levels will also grant you coins to use in the shop to increase the base levels of karts.

What I love about this game so far is that each character comes with their own specialty (much like Double Dash). Characters like Toadette might give you the boost specialty, Baby Mario will give you the boomerang, and Shy Guy the squid ink just to name a few. Each kart, para-glider, and character have their special courses that will give you the opportunity to edge out the competition. Certain courses grant characters the ability to pick up three items, karts grant speed boosts, and para-gliders offer luck with special items. The beta test also introduces the pleasure of modified versions of the most famous courses across the Mario Kart series including but not limited to: Luigi’s Mansion, Mario Circuit, and Dino Dino Jungle! 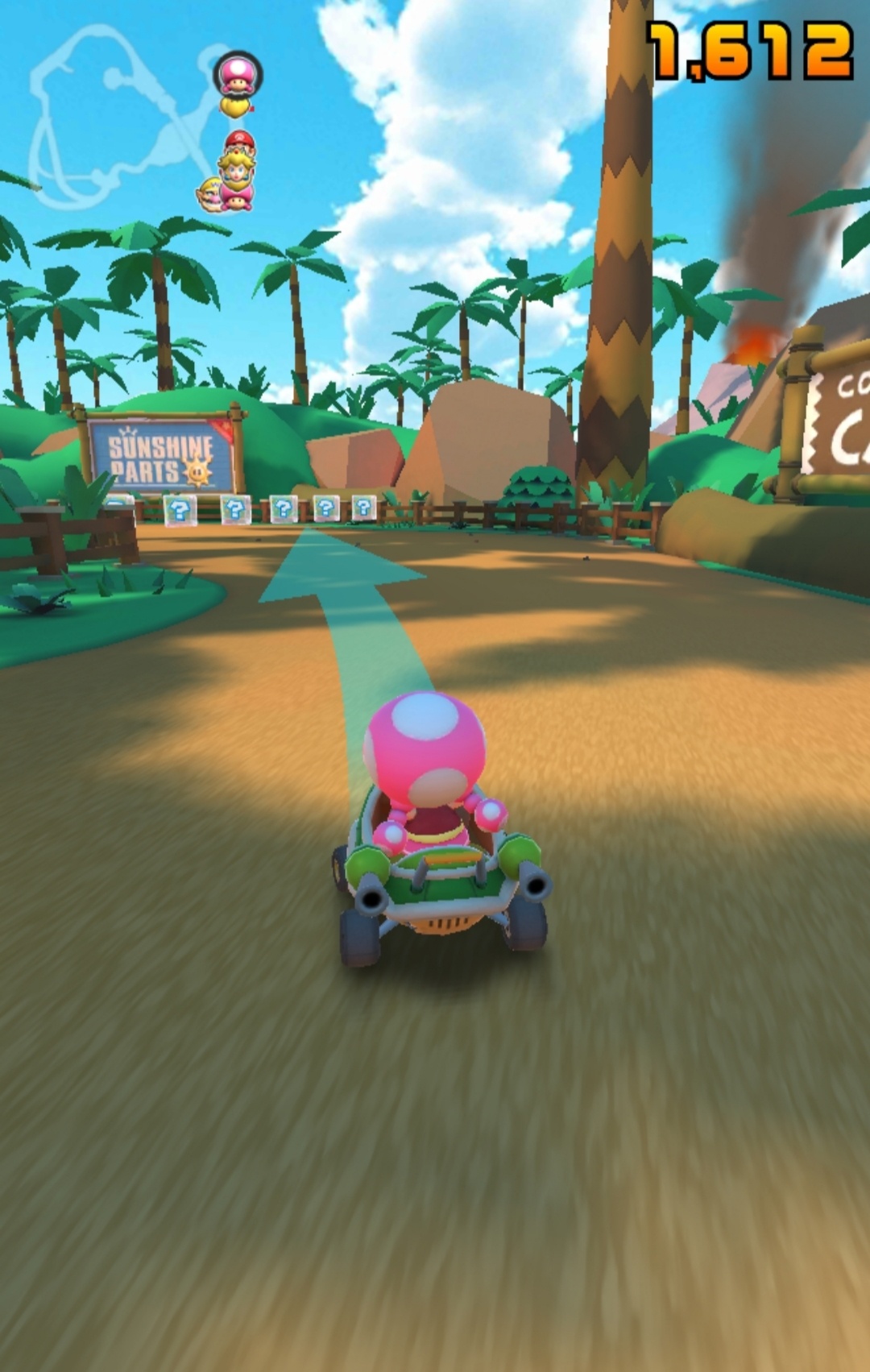 Catch this Beef on Sight

Now, I always promote traveling beef. If you got game beef, you got to solve that beef on sight. Mario Kart Tour does not introduce the opportunity yet. Granted there is online multi-player like every good game, but you do not have the opportunity to challenge friends across social media platforms. This might be due to the fact that this is only a beta test, but if I want to throw a green shell shot at the back of my friend’s car, I want to do so the minute I say, “WHAT’S GOOD”?

One of the issues that I have with this game is the controls. Though swiping seems like an easy fixture when you keep your fingers on the screen to steer, it could get pretty annoying when items and boosts come into play. You need to tap to release your item, but sometimes it almost feels like you have to imagine sending your items backward in order for it to happen. To send items backward, you have to send it behind you but then the problem hits when ALL of it sends backwards. Example, if you have the fire balls, ALL of your fireballs gets sent forwards or backwards at once. What if I wanted people in front of me AND behind me to catch this heat?

Another annoying part is the boost. To boost on the hills, all you need to do is tap your screen. Easy right? But you know what you also do when you tap your screen? Use your items! So sometimes this could happen at the same time unintentionally. It gets kind of annoying when you’ve been saving this red shell to be petty. Then, suddenly mid-boost, it releases from your fingers. These controls get kind of muddy and a better system needs to be put in place in order to separate them.

Since the beta test is only open to USA and Japan at this time, this proves that there will be an option for worldwide play upon official release. Included with worldwide play option, there is a ranking system. You’re able to see how much you stack up in comparison to other players in the world and receive rewards in accordance with your placement. In all, Mario Kart Tour is a pretty solid game so far. Granted the idea of the controls are easy, but it gets very muddy pretty fast. For a first go around, the reward system and graphics can easily keep you coming back for more. The beta test for Mario Kart Tour (Android) finishes June 4th with more information coming later for iOS users.