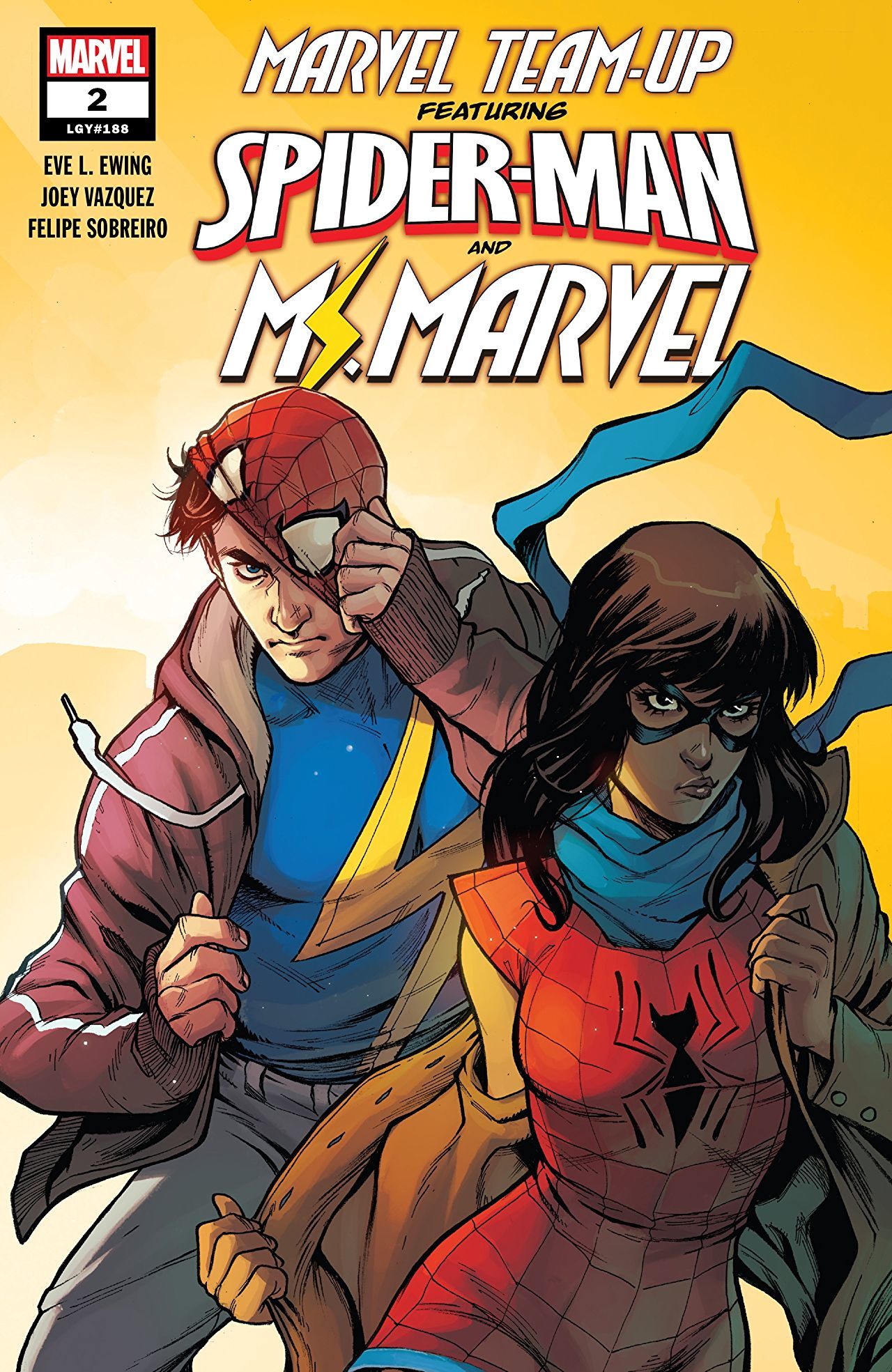 Eve Ewing showed off her superior writing skills in our first issue and returns to dust off her top-tier comedic abilities. Joey Vazquez gets to have some fun with the bevy of facial expressions each hero drops throughout the pages. His artistic style pairs nicely with Ewing’s pace and light-hearted jokes.

Peter Parker and Kamala Khan had their bodies swapped as a result of Dr. Yesenia Rosario’s “Polly” invention exploding, placing their minds into the body of the other. It’s nothing new for Peter Parker, but Kamala has been thrust into the world of adulthood. Now she’ll have to contend with the woes of an older man, including bill payment alerts and daunting job interviews. They bite the bullet and unmask, revealing the other’s secret identity. The rest is history.

This entire issue is the perfect ‘day in the life of a superhero when they’re not doing superhero things’ but, you know..in the wrong body. Fresh-knees-having Pete struggles to nail a prettyyyy basic high school presentation, resulting in this reoccurring Peter Parker plagiarism joke. Kamala damn near turned Peter into Jigsaw from The Punisher’s rogue’s gallery, the way she used that razor on his face. The ensuing conversation between her, them, and a tech company was pretty genius.

This issue is so much more than the struggles of dealing with the daily routine of a young Muslim woman, or a job-hungry white male. It’s about finding and taking those tranquil moments to try a seamless backflip for the first time in your life, or fawn over the heavenly lip gloss that you never had a chance to try on in your ordinary life. Our final panel leaves are with the expectation that the action will be turning back up in issue #3, and I’m excited to see how well these two will have mastered their new powers by then.

Eve Ewing is having a blast writing these two characters. Readers should be enjoying every panel of hilarity, because you never know how long this team up will last.

Reading Spiderman and Ms. Marvel? Find BNP’s other reviews of the series here