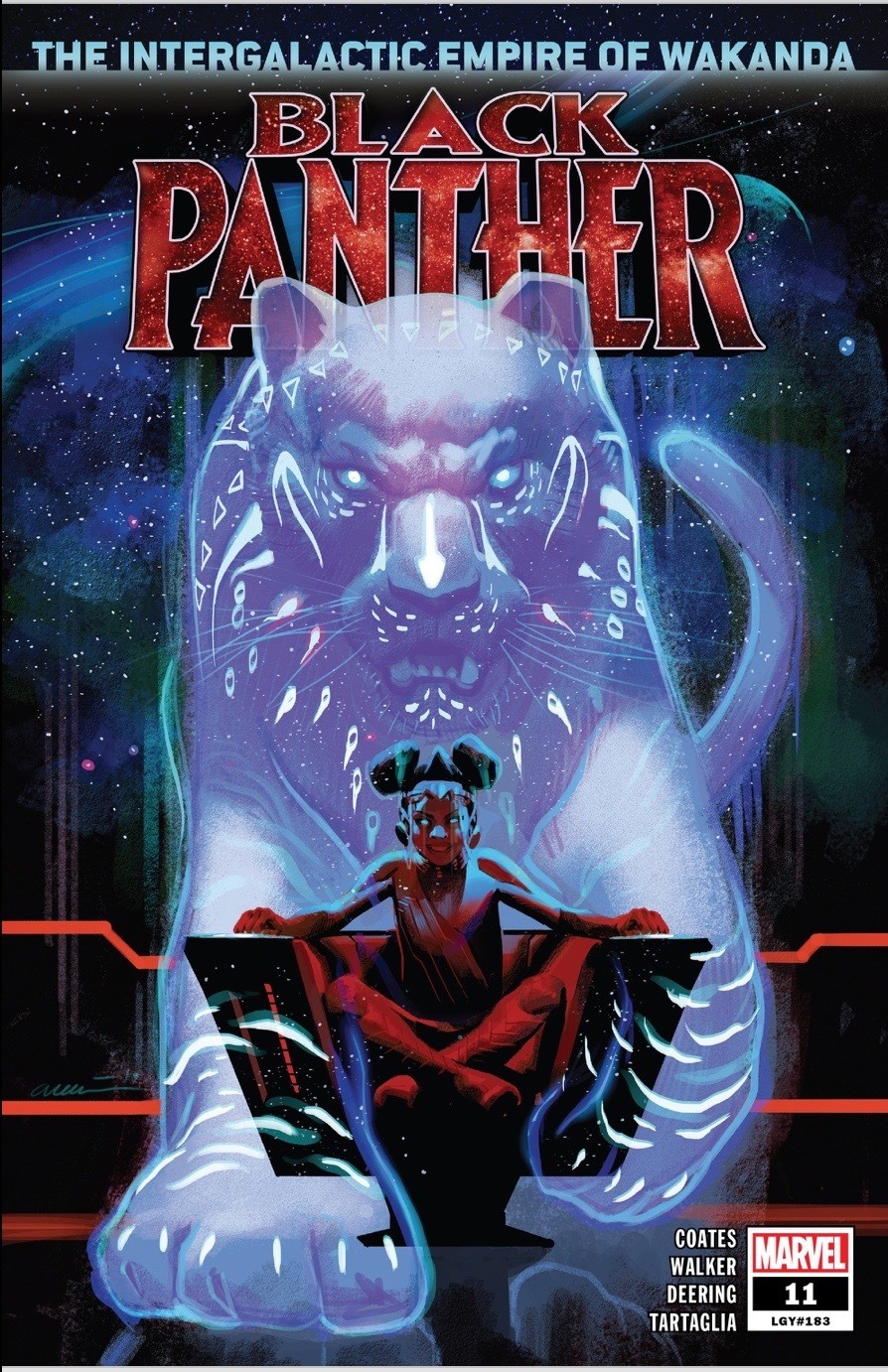 Y’all. The chickens have come home to roost in Black Panther #11. There’s a lot going on, but it’s all easy to follow and much of it fills you with both hope and dread.

In Issue #10, things went down. Imperials switch sides mid-fight. Manifold showed up to the party and bodied everything. We learn that N’Jdaka knew about the rebels’ plan, and set things in motion to destroy them all at once. Then we get the truth bomb: N’Jadaka’s daughter has been taken by the rebels.

Black Panther #11 does exactly what the last ten issues did, and the consistency of this mythos is everything. Part of the brilliance of this book is how Coates reimagines characters, dressing their core traits or abilities with new circumstances. We finally get to see Princess Zenzi do her thing. She ain’t playing no games right now, because she’s possessed by the recently deposed Wakandan Panther god, Bast! The amount of divine flexing Zenzi does via Bast is second only to Dr. Doom in his prime. No one was ready! Mind controlling goons? Check. Talking down to everyone in the room? Check. The bars alone set this character apart:

Zenzi let everybody know: y’all ain’t even worth N’Jadaka’s time and effort, he on god level now. In the midst of this understanding, Manifold recalls memories…from the Wakanda of Earth! Everyone is shook. Then, Zenzi reveals that the key to victory for the rebellion lies in the Wakandan spirit world Djalia. The memories of all Wakandans are in the cloud and ready for download. Access to Djalia is through the Jengu, and the Jengu is in the basement of the rebel base! T’Challa is about to stunt on everybody like Old Kanye getting his Roc-A-Fella necklace.

Kev Walker is killing these panels. He’s able to fit so much narrative onto the page it’s staggering. Special shout out to Joe Sabino for their lettering. It’s not a thing lauded often, but the style of Sabino’s work allows the narration and the art to blend seamlessly. Sabino adds gravitas to the text that couldn’t be present otherwise. I could stan this series for a bunch of reasons that have to do with any of the individuals working on it, or Coates’ literary fame, etc. I don’t. I stan it because it’s a good story.

On the real, so much culture is woven into this story and this world that the homework done alone needs to applauded. Do you know how much research this takes? From the macro of naming areas of this fictional galaxy after fictional Wakandan legends to the micro of naming a minor character after a real-life Nigerian author to the meta of Coates naming this arc after his December 2009 Atlantic article…about finding his name. Some folks might not dig it, but I’m here for it.