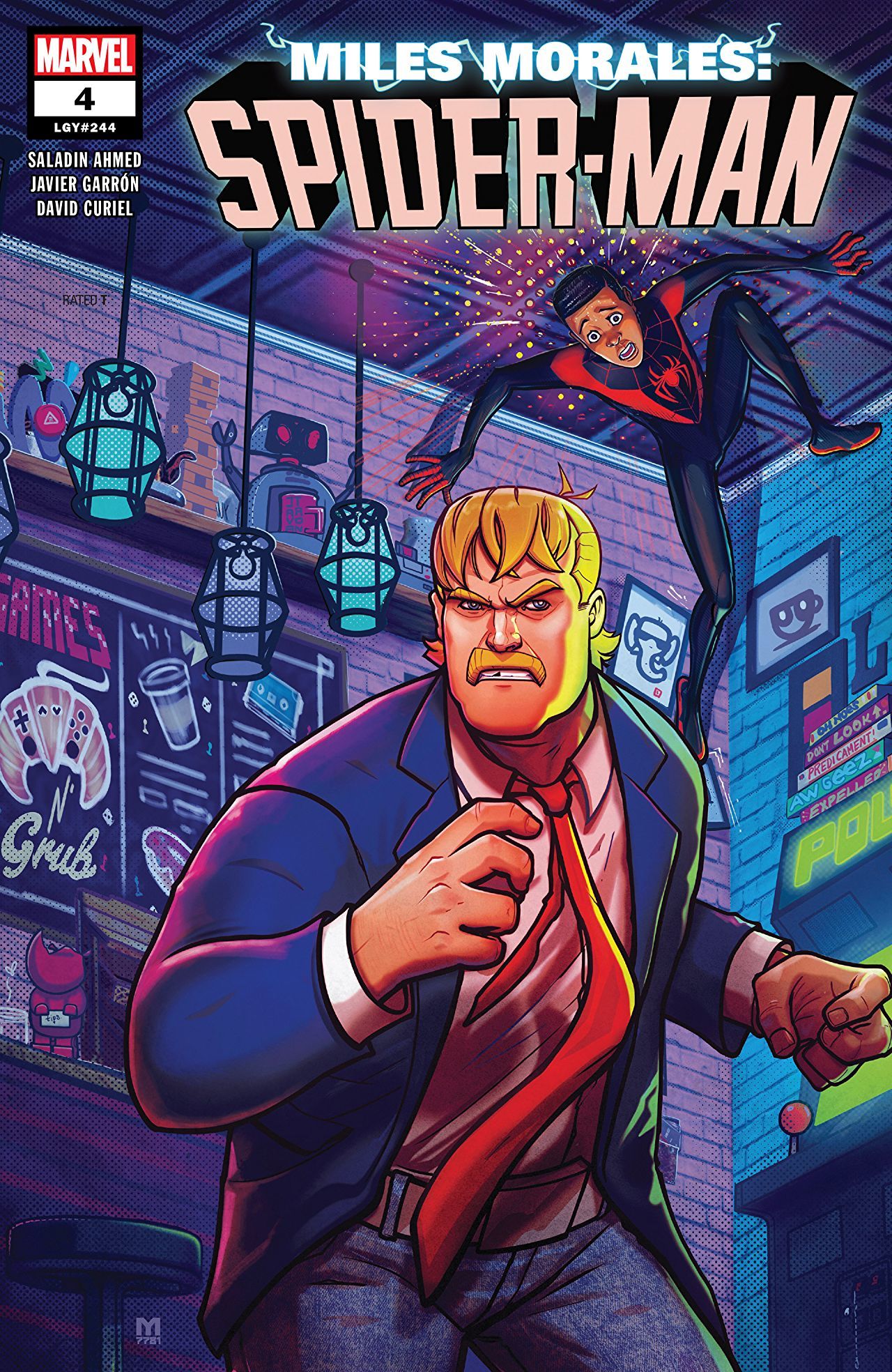 The young homie has never looked more grown up. It’s hard to believe that just a couple of years ago, Miles was just a 13-year-old kid wearing a Spider-man Halloween costume. Saladin Ahmed is doing a fantastic job of aging up the character, while at the same time reminding us that he is still a kid trying to live his best life and do the right thing. Nothing shows that better than an homage to Ferris Bueller’s Day Off mixed in with some superhero action.

You can tell Ahmed is having a lot of fun with this issue. You got to love one-off stories like this especially when the premise is skipping school to visit the Brooklyn Museum and see the lost pages from Biggie’s original notebook. From Miles and the crew faking sick to the Vice Principal on a mission to bust them, it’s all good fun. Just replace Ferris’s ridiculous antics with Miles coming up with poor excuses to sneak away and save the day and you have an issue that everyone can enjoy. 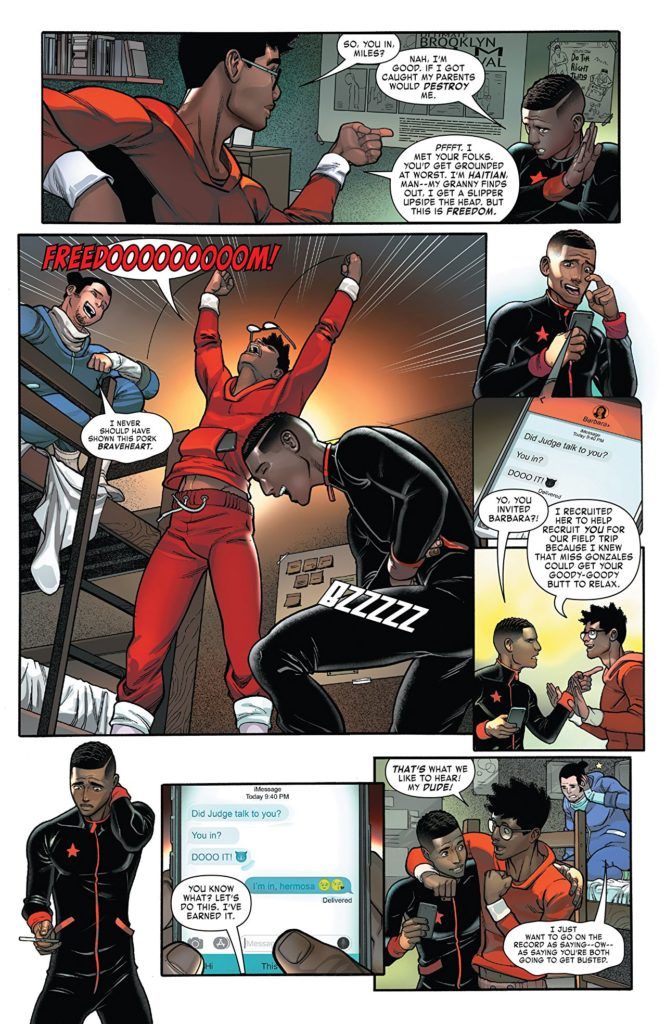 More than anything, there seems to be a specific goal that Ahmed is trying to achieve with his time with the character. By bringing Miles from a preteen to his late teens, we get to see the character deal with different issues that come with that time in adolescence. In the first few issues, we got to see how being older has made Miles more aware of and care about the problems going on in his neighborhood. This time, we get to see Miles experience breaking the rules a little bit and teenage love at it’s finest.

I also like the build-up of Miles and Barbara’s relationship. What’s interesting is Miles’ poor attempts to hide the fact that he’s Spider-man from her. The coincidence of him disappearing and Spider-man popping up everywhere they go is growing thin. It’s an age-old trope, but it works because of the fact that it’s already hinting that she has her suspicions. The only question is whether or not Miles will trust Barbara with telling her his secret. It’s not the same as telling his parents.

I’m already loving Ahmed’s take on the character. It feels more personal and like a character breakdown, defining who Miles as a person and Spider-man. One thing that I would love to see is more original villains for Miles, rather than the usual Spider-man rogue gallery and the cheap c-listers he encounters. However, it’s still early in a run that is already doing such a great job with fun art and great characters.