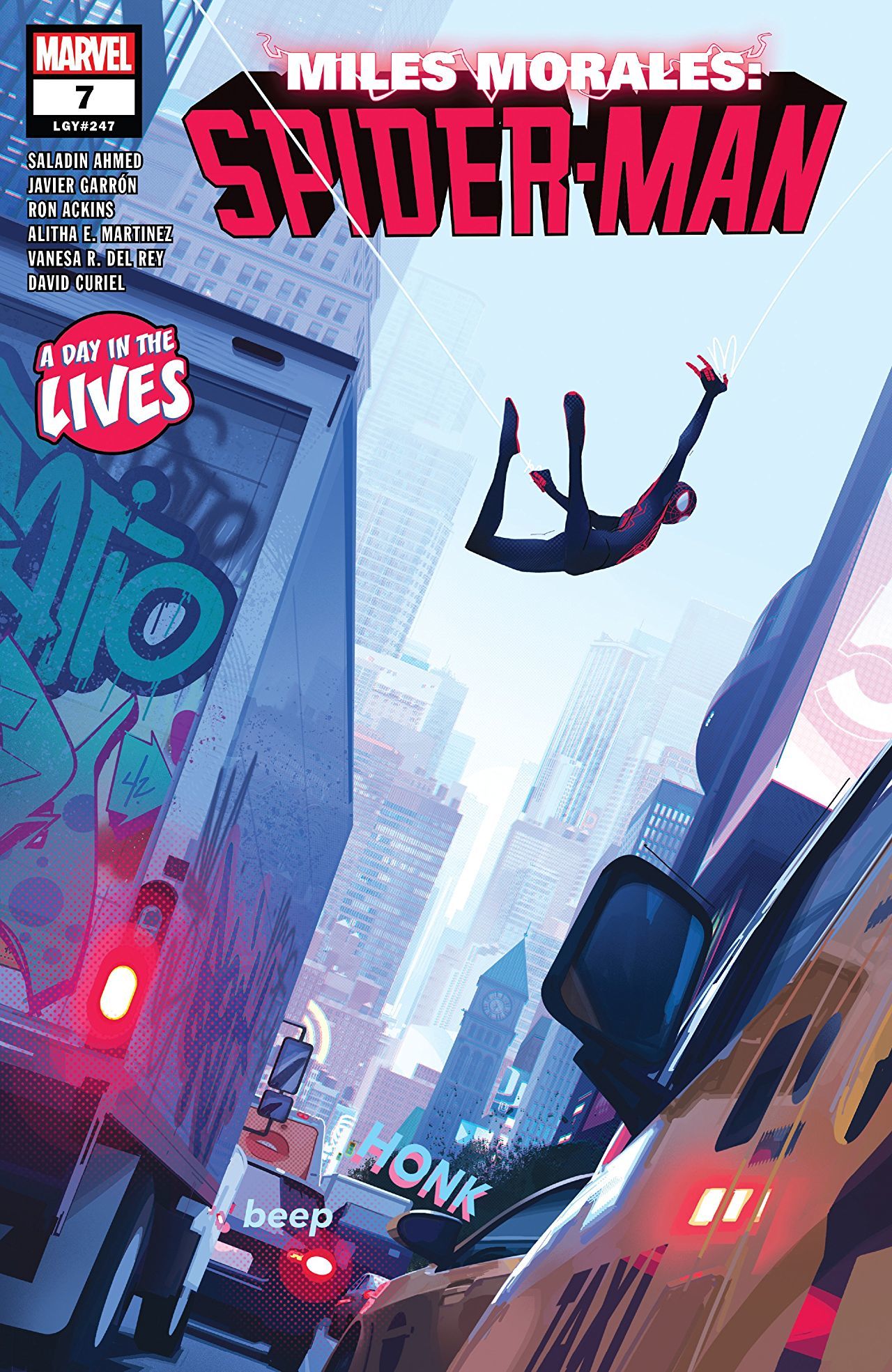 It’s always interesting to me whenever Uncle Aaron is brought back into Miles’ story. He had such a definitive arc in Bendis’ original Miles Morales run that it feels like there is nothing left to tell with his character. That feeling doesn’t quite go away with his appearance in this issue of Miles Morales: Spider-Man, but Saladin Ahmed does the best he can with Uncle Aaron’s character. 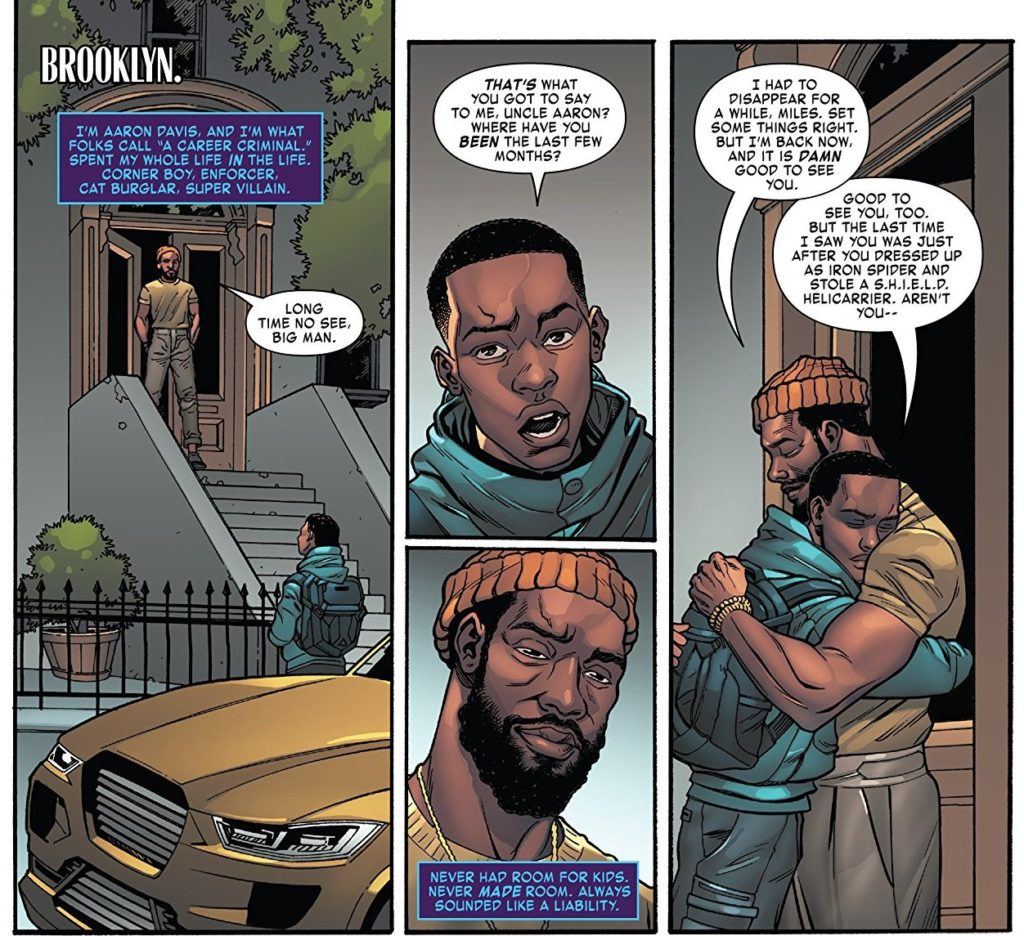 Making Aaron the narrator for a bit was a nice touch. It gives the reader a chance to know the character better, and get his perspective on his relationship with Miles. It also helps to see how Aaron’s life has shaped his views. Aaron is very much a man who has been in trouble his whole life, and eventually just accepted the fact that he was always going to be viewed as a criminal. Ahmed nails that part of Aaron in his narration, along with the part of Aaron that is inspired by his nephew’s own promising future.

What’s interesting about this issue is that it isn’t just Uncle Aaron that we get a more in-depth look at. Ahmed bounces from one character in Miles’ life to another, focusing on how friends and family view the central character. It’s a nice shift and an appreciated effort to develop Miles’ through the people around him. One of the recurring elements of Ahmed’s run with Miles is his teaming up with other characters in the Marvel Universe. He’s great at using these characters to showcase certain aspects of Miles that we are not used to seeing. 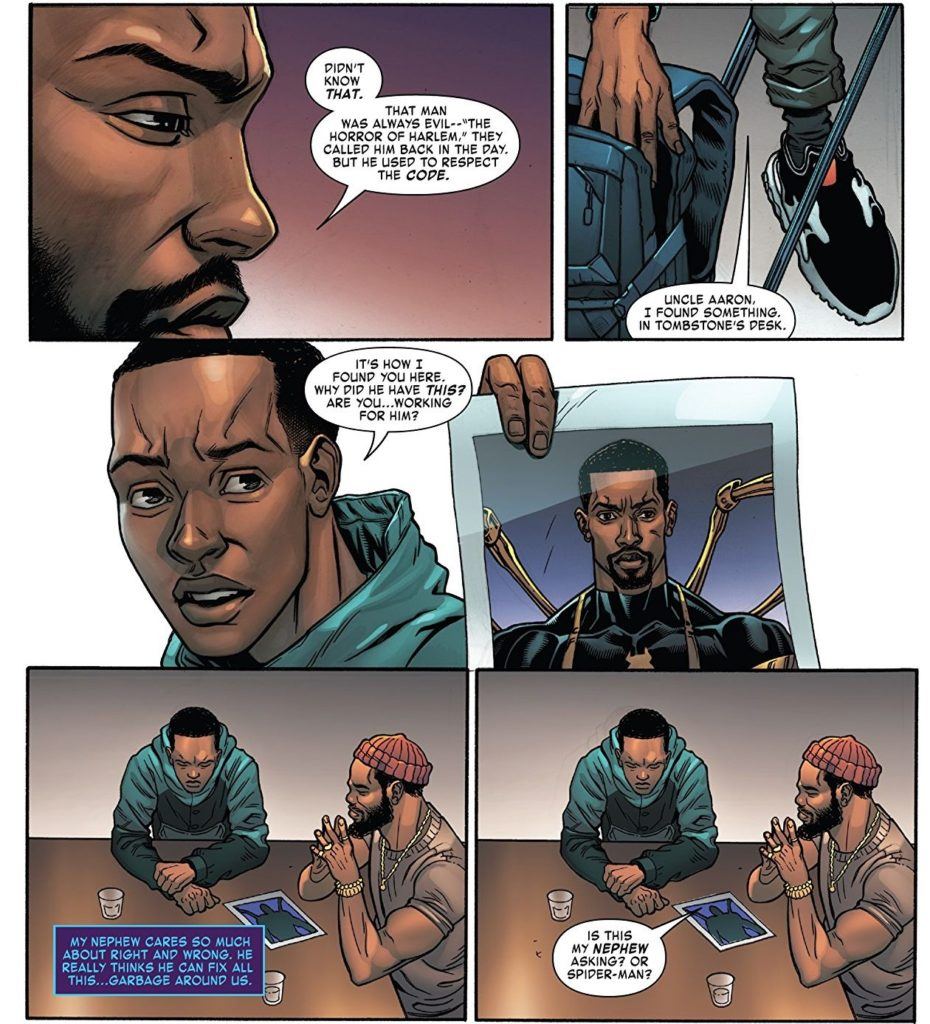 This issue’s perspective shifts also give several artists a chance to draw Miles in their own way. Each artist compliments their scenes in the book pretty well, and adds to the theme of other people telling Miles story from their view. However, I still lean towards Javier Garrón’s art the most, as it’s the one that fits Ahmed’s writing and tone the best.

This interesting and heartfelt issue of Miles Morales: Spider-Man adds to the more grounded, character-focused tone of Ahmed’s take on Miles. The team has struck a good balance between important character moments without detracting from the action-packed superheroics that we crave. Nailing down the struggle of Miles’s personal life and superheroics is honestly the core of any Spider-Person’s story. With the changes Ahmed is adding to Miles’ life, I’m ready to see more.