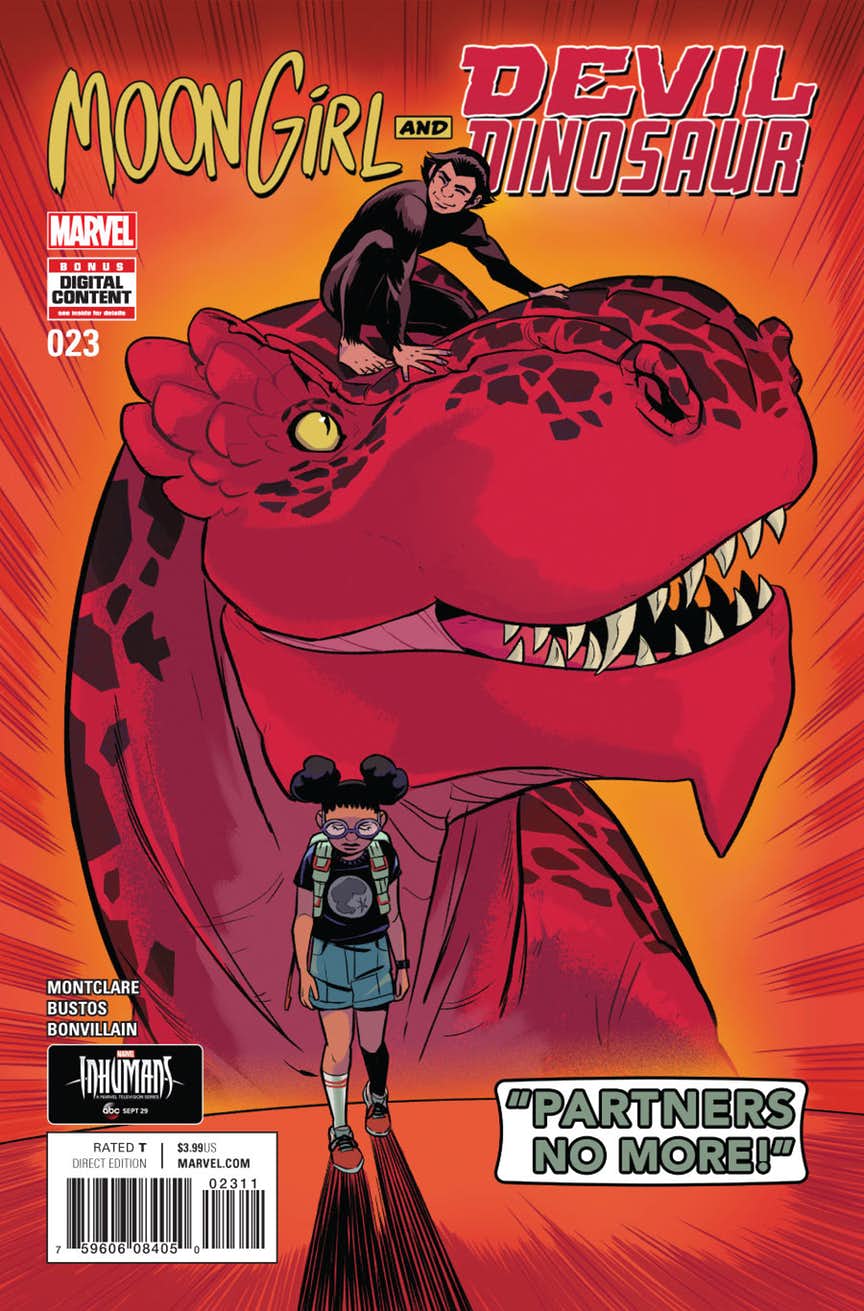 Lunella Lafayette is the superhero I never knew I needed in my life. Moon Girl and Devil Dinosaur is the book my inner child never had. Every time I pick this comic up, I’m a 12 year old boy all over again. Network television has been wasting its time with absolute drivel like Gotham and Powerless when this book is tailor made for prime time family programming. It’s charming, genuine, diverse, it teaches important lessons and Terrence Howard isn’t involved in it. It’s perfect.

We get to see Lunella’s intergalactic family counseling skills resolve Ego’s daddy issues in #23, the conclusion of the “Girl-Moon” story arc. However, I’m just going to say upfront that I am saddened that we didn’t get nearly enough of Doombot’s team huddle with the Moon-Girl decoys. It shouldn’t be so funny, but I have been a sucker for the Doombot head gag since they used it back in Avengers A.I. I’m sure we’ll see more of this mini robot uprising in later issues, but it just felt fruitless to only give us one page worth of Doom. Other than that, Lunella’s next stop on her tour through space and times turns out to be a bittersweet moment where our hero learns a hard lesson about self sacrifice and there being a season for everything. 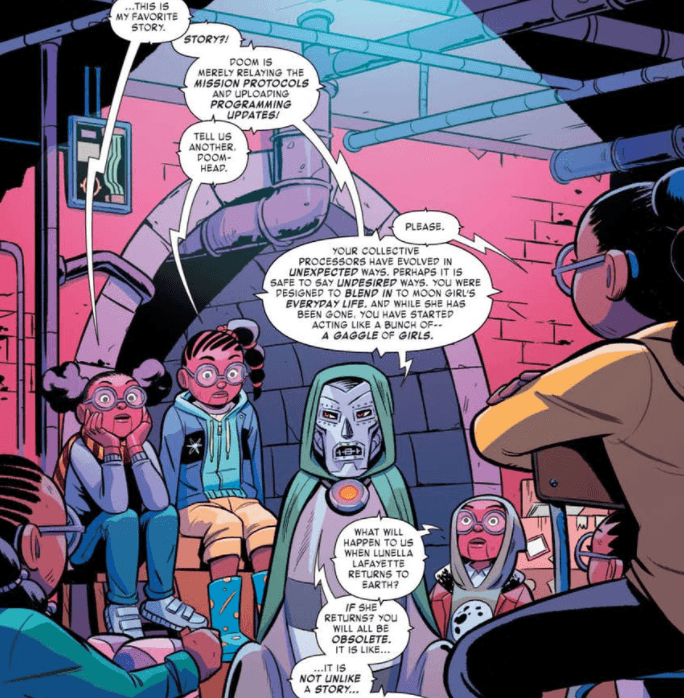 Art-wise, Natacha Bustos has the “all ages sci-fi” thing down. The whole book looks good, but the scenes in space with Ego and his daughter are absolutely beautiful. The first page is a semi splash of Ego that is so detailed and eye popping, it’s impossible to not fall in love with this book right off the muscle.

Bottom Line: It’s hard to turn away from a book with so much heart. It counts for a lot to have a story like this that fits in that elusive pocket of “family friendly” while also “not trying too hard.” If Marvel has any sense at all, they’ll be trying to fit Lunella into the next phase of the MCU or at least on television.

9 Planets With Fu Manchu Beards out of 10