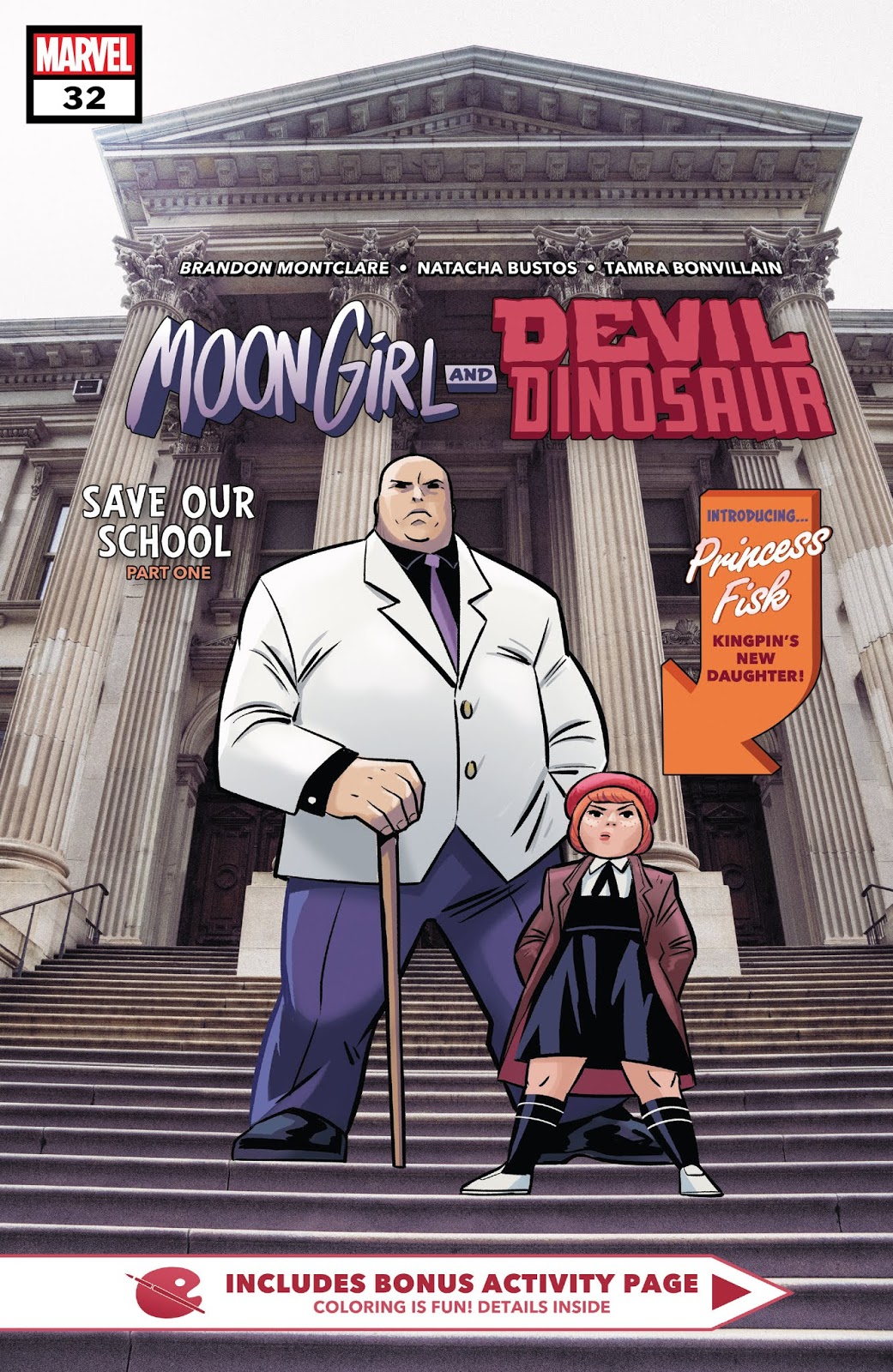 Let me just open right up and say I am in love with the direction Moon Girl and Devil Dinosaur has been going in lately. When this book started, a lot of the focus was Lunella using Moon Girl as a hobby that tests her limits when her everyday life doesn’t. But this issue, much like last week’s, sees Moon Girl being forced to use her mind to make the world around her a better place instead of scoffing at it on the way to bigger things. This is a lesson I find immensely important when we talk about characters of color and how they relate to their surroundings.

There are so many stories that revolve around a black protagonist chasing their dreams to get out of their humble beginnings (in many cases, the “hood”, but I’m not familiar enough with MG’s neighborhood to make that call). However, sometimes being a hero is about improving a status quo instead of transcending it. And Lunella is definitely put to the test in this regard when the Kingpin’s daughter comes to her allegedly underperforming school. The premise alone is so adorable and timely, but Moon Girl’s frustration with being smarter than everyone else is easily the star of the show. 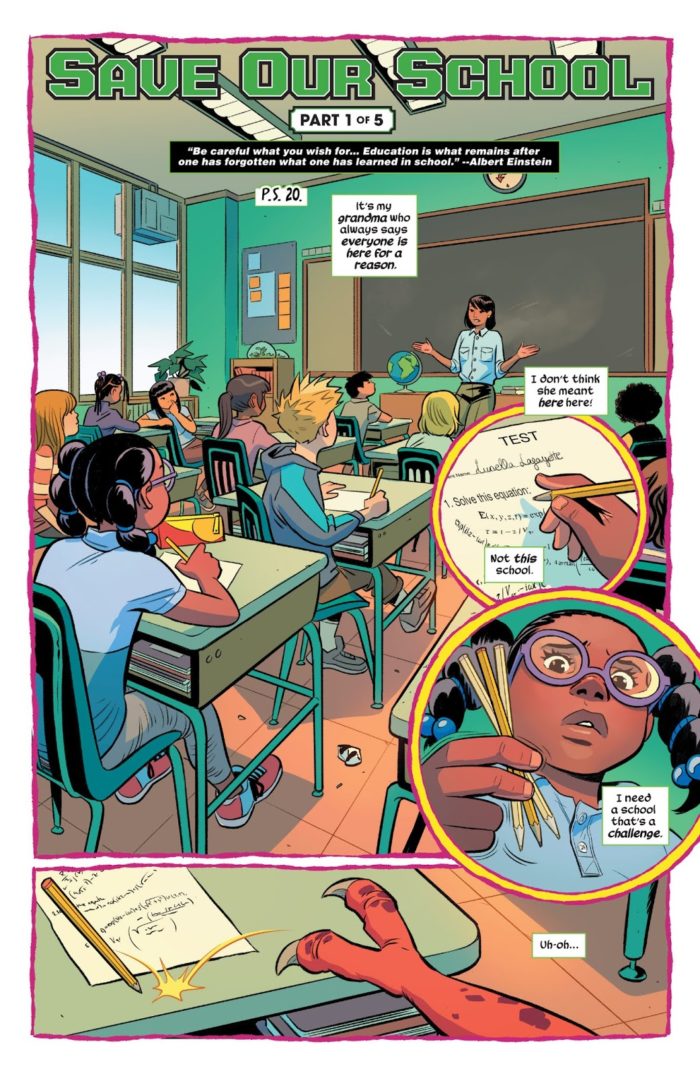 I don’t know if there’s a competition for who has the most reckless mouth in the Marvel Universe but Lunella Lafayette is easily the most underrated character in the power rankings. Natacha Bustos’ visuals are just terrific on this book as usual. Reading this book is like watching Bustos casually stroll along a tightrope balancing larger than life superhero concepts with intimate human moments as simple as the Lafayettes having dinner together.

Bottom Line: Infinitely endearing and consistently charming with human, relatable characters and premises that jump off the page while still hitting close to home. This issue shows off everything this book does well and makes it all look so easy.

9 copies of Waiting For Superman out of 10.