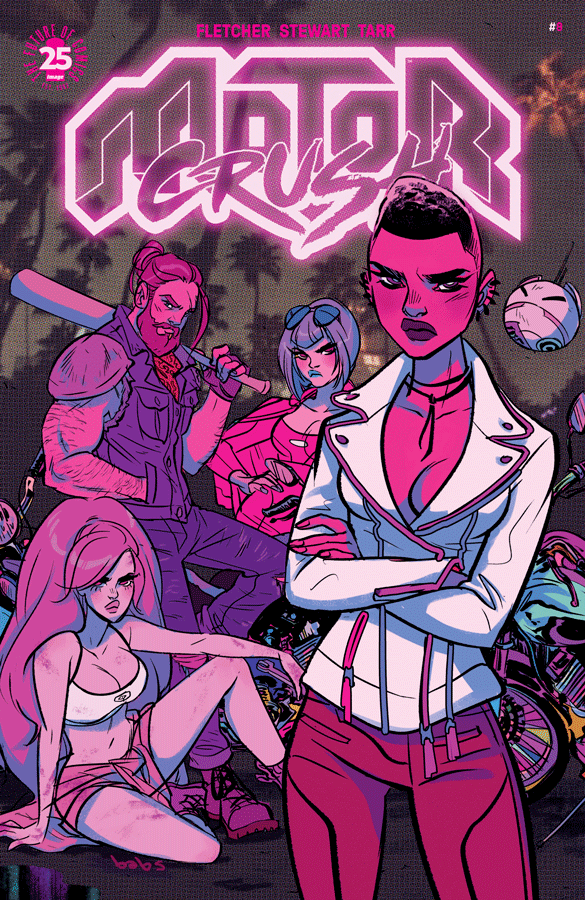 Our second arc of Motor Crush is finding its groove with new character dynamics as Domino and Lola ride again, but this time with a new addition to their once-special duo, Cal. Their love triangle is in its unspoken phase where no one’s feelings are acknowledged to one another, only readers are privy to the suppressed emotions and blatant jealousies that will either bring Lola and Domino together or push them apart. Poor Cal – we almost want to hate him for being the unwitting wedge between our favorite couple; then again, we should thank him for making Domino appear off the market. Lola, like anyone, knows what she’s got when it’s gone. 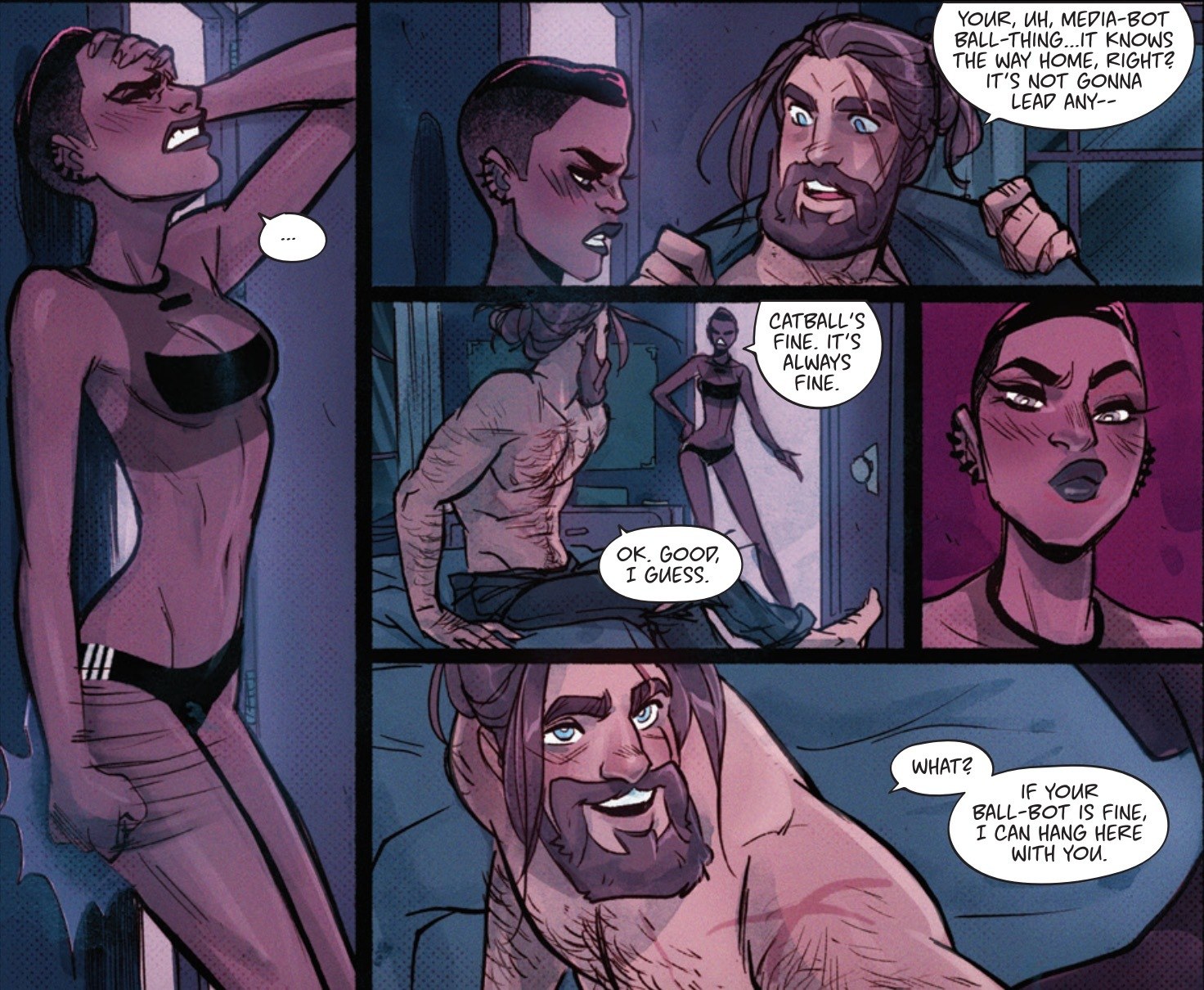 A requisite amount of pink-streaking action keep this comic a fun and engaging read, always beautiful with its bright colors against the night. Catball is beginning to play a more prominent role both in function and comedy, making the hovering ball of information the team’s de facto sidekick, a combination of useful pet and, perhaps later, meaningful sacrifice a lá Cast Away‘s Wilson. 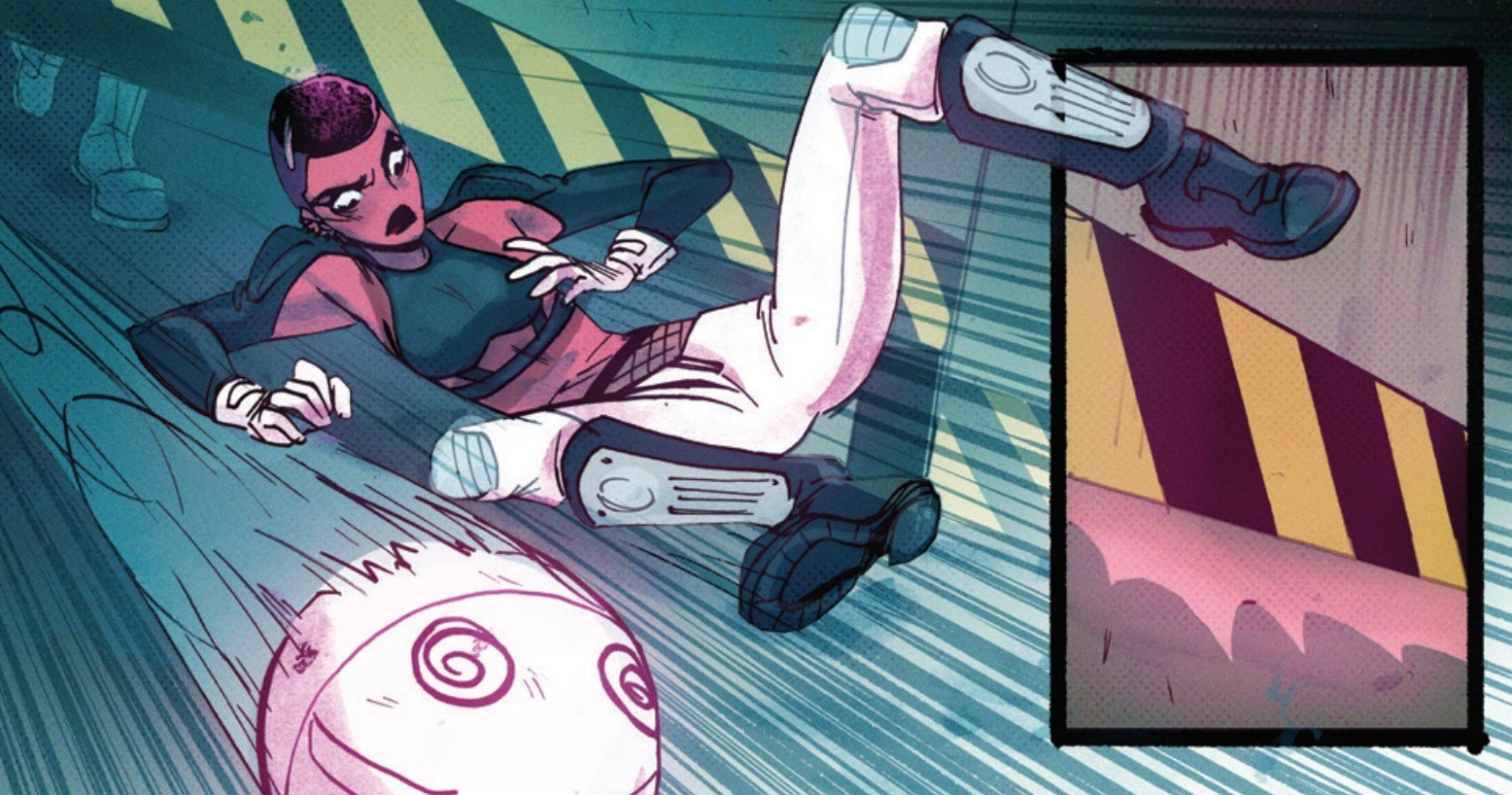 Motor Crush #8 has its hook and twist by reading like a relationship-focused side-mission issue, a heist to stoke the flames of love under the guise of keeping Domino fueled with crush, but leading to an important discovery toward the end. Can’t spoil the mystery here, but it pulls the story in a great direction. Overall, another quintessential issue of Crush that weaves heart, action, and mystery into one of our favorite comics on the shelf.