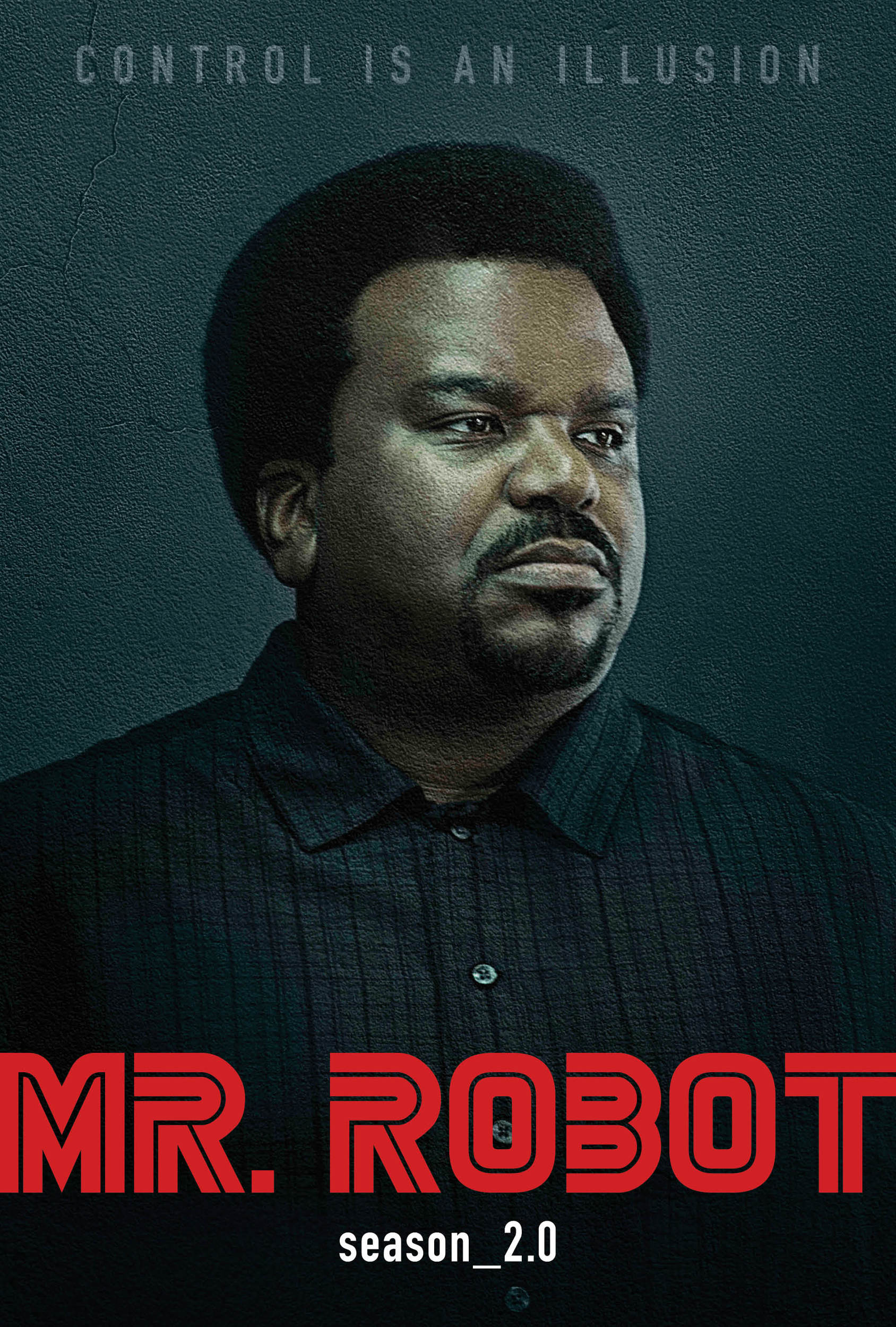 Picking up where we left off, Elliot Da Hack GAWD out here putting in that coding LORD’S WORK. Droppin step by step guides on how to hack a major corporation, organization, da COT DAM FBI. He tells Ray’s muscle that he needs the old IT guy’s help to complete the merging job.

A Beautiful Day in the Life of a Beast

Joanna gets called down by that young paranoid dude. He thinks his phone is tapped and feels like he’s being watched. Joanna puts on that beautiful cold and calculated charm face and told him not to worry. Joanna back on the scene receiving more odd baby presents from a mystery person who may or may not be named Tyrell. Such a weird and compelling relationship with these two super freaks. Later that night, Joanna’s muscle, Kareem, gives her the rundown on what the current situation is: Tracked the package of your creepy baby gifts, murdered the guy threatening to snitch by paralyzing him and popping him full of lead, then set it up to make it look like an ordinary B&E that will likely get blamed on the ex-con down the hall. Light Work. Joanna is like, “Good work. I had to have him paralyzed so he could see you and know what he did wrong. We’re not savages for heavens sake.”

Joanna finishes up her day with a phone call. She hears sirens on the line then hears sirens outside. She runs out in case her boo thang is outside the door, but no. Alone again.

Angela is Still Full of Surprises

Angela gets a surprise visit from Darlene. She recruits the Evil Corp mole to drop a small hacking device off on the 23rd floor. But thats not why I’m here. The way Darlene set this scenario up was so ridiculously boss. “Surpress that natural instinct you’re about to have to say fuck no and remember that this will be simple.” Dam, she got the convincing game down like that? Craziness. They need her to get access from inside to wipe all the potential evidence against her and Elliot away. Angela fronts like she’s not down with the cause, but we all know what’s gonna go down.

Angela hits up another bar that serves Bud Light… meeting her old flame? Who drinks Bud Light… and claims that he loves Angela. He drops his resume on her and she looks at him strangely. OHHHH SNAP! Thats the super ridiculous motor mouth coworker dude, Ollie, that she dated at All Safe. What did I call that guy last season? Fuck Boy #1 is the worst spy ever and gives it away that he was recording their conversation. 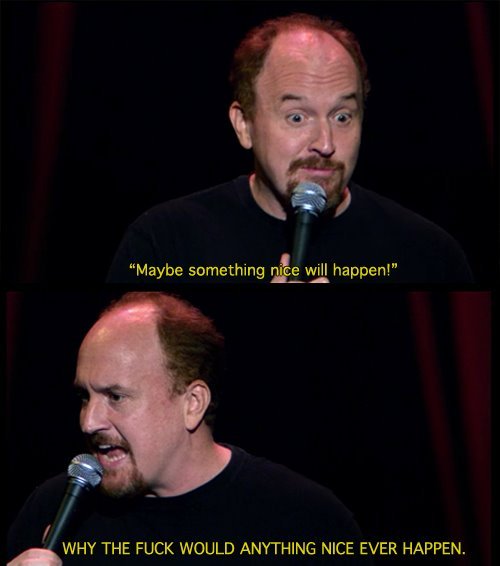 Angie from the Block was bout to smack the shit out of him, gets mad real and makes him confess that he talked to the Feds and is a bonafide rat. Should have known this was coming when he started this off by ordering her a Bud Light.

Agent DiPierro and the FBI squad are going over all the places that fsociety hacked. I love that line where her friend says, “You really don’t dream do you?” Such a dope parallel with Leon and Elliot’s convo last week.

The FBI, DiPierro and her homegirl are out in China during a meeting between Minister Zhang and some FBI big shot named Mr. Santiago. This is our first introduction to B.D. Wong’s actual nature, outside of his Dark Army times. Mr. Santiago is securing access the 4 bug Chinese backup server sites and the encrypted E Corp servers. Then he tried to slide a little extra gimme in there when DiPierro and her klutzy ass butts in and blurts out that they want intel on the Dark Army. Smooth criminal Minister Zhang shoots her the ill kamikaze look of death then obliges them.

Now we up in some swanky party that has Chinese Hors D’ouvres and champagne and shit circulating. DiPierro’s typical overweight FBI agent looking ass homeboy is making our country look so trash talkin about where the General Tsu’s chicken while up in the heart of China talkin out his neck saying, “these people make me sick.” This nuclear nugget needs a reality check. DiPierro looking for the bathroom snooping around stumbling across White Rose’s Keeper of Time hallway. Mr Zhang interrupts with a bad joke and gets some insider info on our new prey. He invites her into his office when she gives a sly eloquent answer for why a Jersey girl made it into the FBI. But White Rose knows, oh White Rose knows. He asks why she really joined the FBI and it turns out to be a shitty love story gone bad. The Chinese Minister of State Security then proceeds to show Agent D Nice his fine silk collection of garments and hundred year old dresses then fronts like they belong to his non-existent sister.

They discuss the possibility of the 5/9 hack never happening and a timer goes off. Thats all he’s got for this gal tonight. I’m looking at White Rose and I’m just like, Dam this ninja good.

Control is an Illusion

Elliot tells Angela that he does’t want her to risk herself by getting involved and helping out with the device placement. Angela hits him with the worst case scenario then tells Elliot that she’s down with the simple plan because she believes in him. Angela tries to connect to her old best friend but Elliot just reveals to Angela that he sees his father standing behind him and she just smiles a fake corporate smile and offers to be his friend.

Really strange sequence between these two. Awfully strange. The one saving grace? Qwerty.

Darlene is executing the D.C. Operation that she told Elliot she was hyped about. She gives the job to one of her young guns and lets him run off and go get prepped in the form of telling him to “stop being such a p****.” It was pretty amazing.

Elliot gets Ray to bring in his old IT dude to help him migrate the site. Elliot begins to get suspicious when he sees homeboy’s face, then realizes that homie knows his hacker P’s and Q’s… then starts asking some questions. He finds out that the site that he’s migrating is some super official hidden site, that it’s nearly impossible to get an invite to. He doesn’t want to go any further than that so he brings Elliot to the site then takes off. Turns out Ray is selling ERRYTHANG. Drugs, Rocket Launchers, 17 year human trafficking sex slaves, hit-men, Naruto’s Shadow Clone Jutsu, you name it.

Turns out.. easy to talk to, hound loving, teddy bear huggable Ray is a baaaaadddd man running a baaadd ass Black Market site! Elliot soon begins to go in to self righteous mode and thinks he wants to bust Ray and save the people in those pictures. Mr. Robot does his best to show Elliot why that’s a terrible idea.

Angela is out here playing taxi Frogger musical chairs on her way to Darlene’s hideout. Trenton and Mobley are in the building looking at her like, “You know you done got into that real deal shit now, right?”

DiPierro chilling with her dark skinned dreamer friend discussing the fact that DiPierro knows Minister Zhang doesn’t have a sister. (Interested in what she might soon find out/do with that info.) But I didn’t have time to wonder what that might be cuz da mafuckin Yakuza turning the spot into a slaughterhouse! They out here murderin’ AYEBODY!! DiPierro’s homie gets murked in the face and the whole FBI gettin’ massacred!! We don’t even get a full fuckin’ scene that shit is so real. Does she die? Does she go all female Rambo on’em?!?? All I know is my feet would’ve told me:

We finish the episode with Elliot getting yolked up out of his bed by some more of Ray’s lackeys. Head lackey shows our boy the severed rat tail that the other IT guy used to have. He dead now. Ray walks out that whip like Suge Knight and simply says, “I told you not to look.” This really just became Fight Club.

New Tech Word Alert – Logic Bomb: A self destructive program that destroys itself under certain circumstances. Like if the FBI is trying to extract info you don’t want leaked. Learn so much new shit with this show.

You see how Stone Mountain just changed their name to Steel Valley because of “all the lawsuits.” Corporate shit.

I just remembered last season’s thing with Ollie. #OllieIsTheWorstWatch is back in full snitchin’ force!!