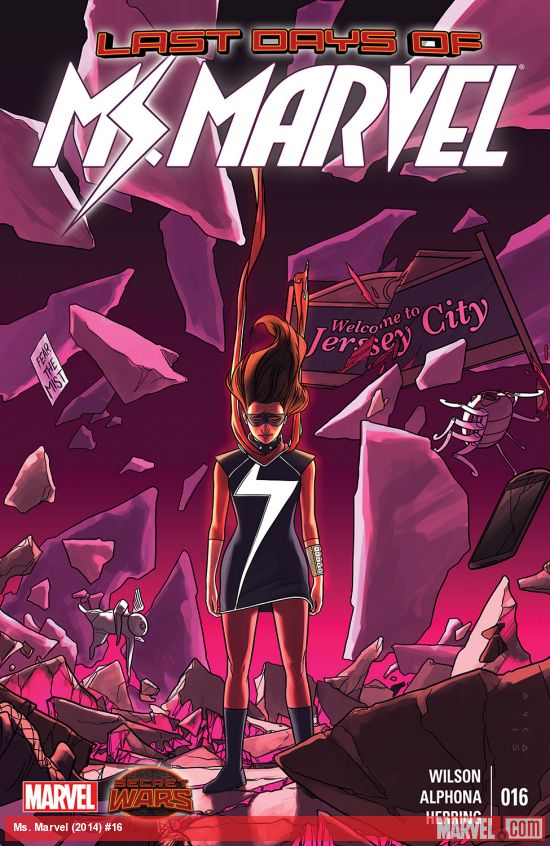 Okay, so far, Marvel is mostly on a roll with their latest event, Secret Wars. When a major, universe altering crossover event is going well, it’s a beautiful thing (especially when Marvel’s last two events struck out hard), but let’s be honest. There are some books that are that much better for staying away from the Big Thing That’s Happening In Comics. Moon Knight is one. All New Hawkeye is another and so is G. Willow Wilson’s masterpiece, Ms. Marvel. But how does Black Nerd Problems’ adopted little sister hold up against Marvel’s “big picture”? 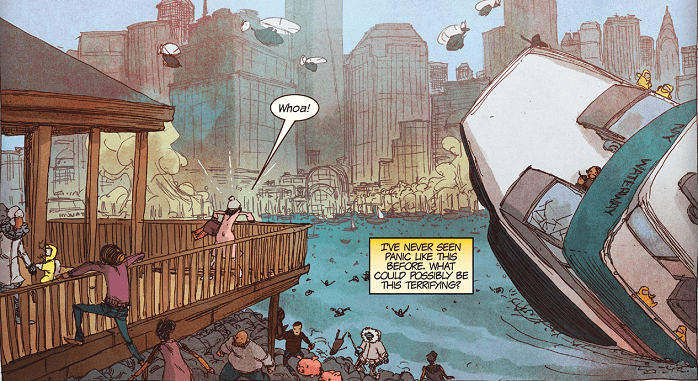 This “Last Days of….” issue ties directly into the events of Secret Wars #1 where universes are colliding, throwing the public…and our hero…into a bit of a frenzy. I was worried that throwing what’s been a mostly standalone book into a major event all of a sudden would feel forced and hinder what we love about it. I can consider those fears alleviated. G. Willow Wilson takes the current universe-wide peril and weaves it nicely into Kamala coping with the fallout of issues past. Issue #16 feels very much like the first section from the final exam of our girl’s first semester of superheroing, applying what she’s learned about keeping her friends and family safe at a time when everything appears to be literally falling apart. This issue further cements Kamala’s place as “Peter Parker for millennials,” bobbing and weaving in and out of dual identities to deftly, she could give the webhead himself a run for his money. Adrian Alphona’s pencils only add to the adorable factor for the issue. His signature whimsy makes for perfect sight gags and small callbacks to past issues without taking away from the undeniable sense of heart that brings us back to this book month after month.

Bottom Line: The scale of Secret Wars does nothing to stand in the way of Wilson and Alphona holding a master class in storytelling with charm. 9 out of 10