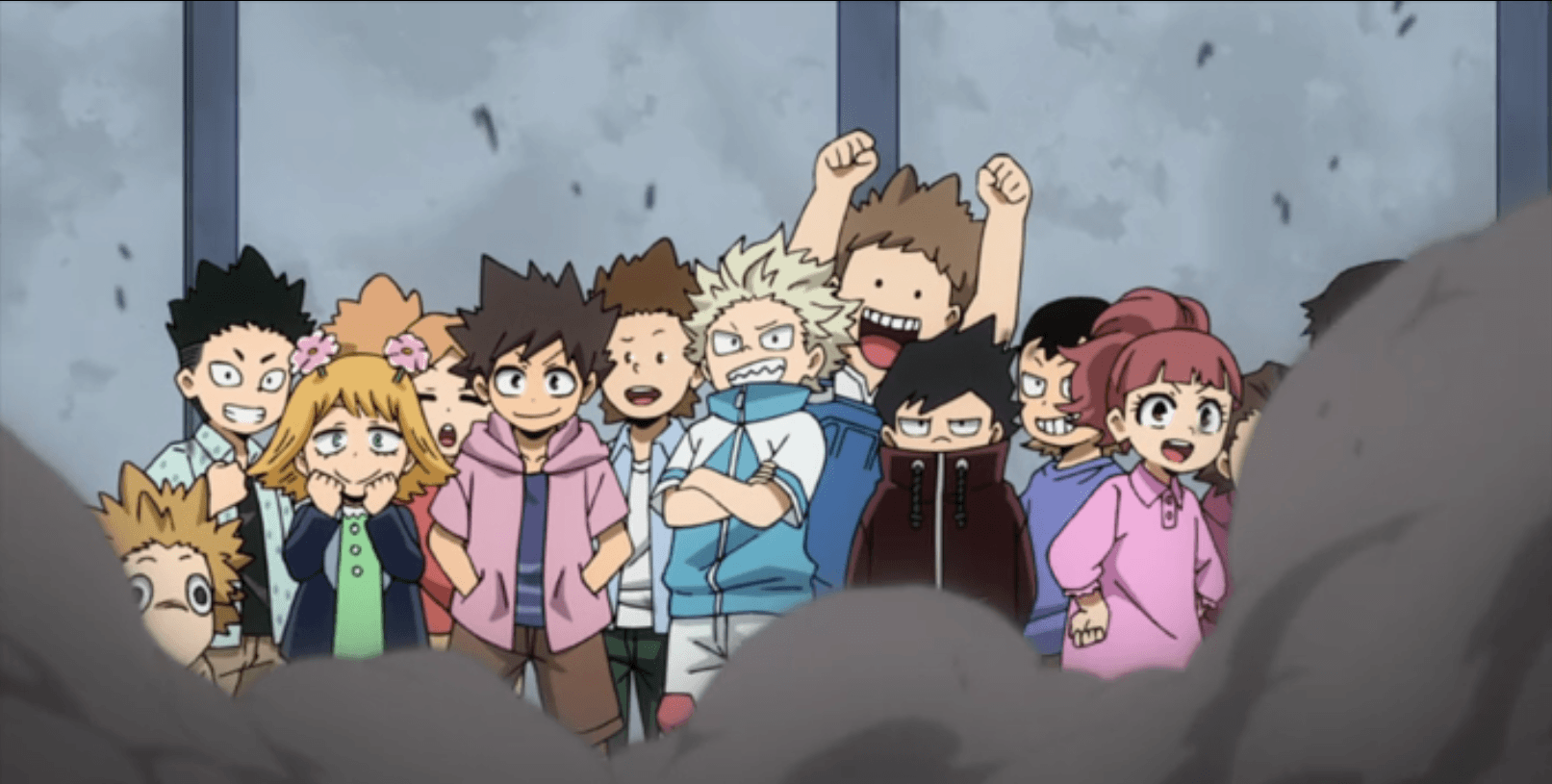 A-Side: Adventures in Babysitting, The Conclusion

So our friends Todoroki, Bakugo, Inasa, and Cammie got singled out last episode because for all of their combat skills and quirky mastery, they also have difficulty working as a team and some basic socialization skills in Bakugo’s case. They have been tasked with taming a bunch of elementary school kids, but these kids have quirks too and lord, these kids are apparently living examples of the “Quirk Singularity Doomsday Theory” which means these aren’t just superpowered kids (already terrifying), these are SUPERPOWERED kids (several magnitudes more terrifying). The teacher and the others license trainees are worried about the quartet, but Gang Orca promptly tells everyone to sit down and let them handle everything. 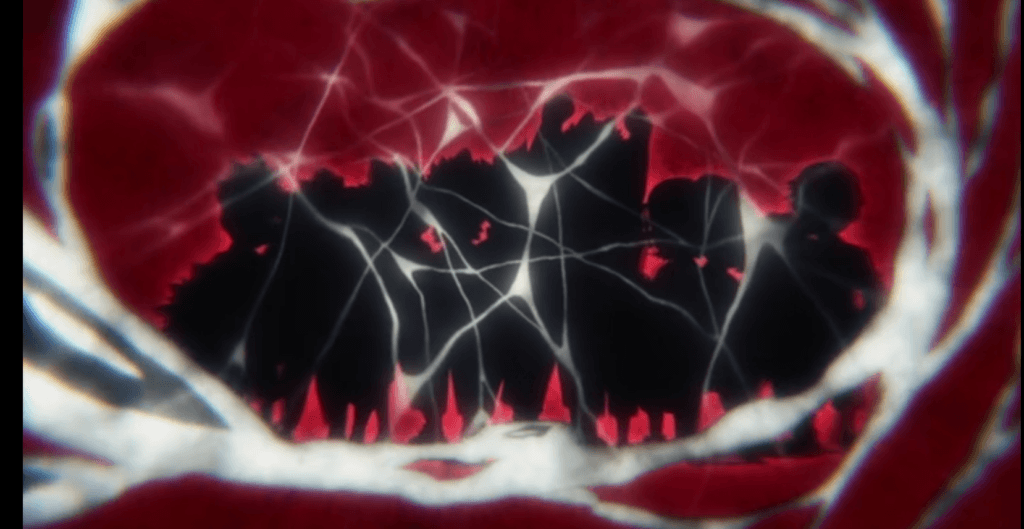 Now, Todoroki, Bakudo, Inasa, and Cammie are powerful enough that they are able to no sell most of the kids’ attacks, but it’s not exactly the best strategy to beat up a bunch of kids. Mr. Mastermind is convinced of his superiority to all adults, but at that precise moment our heroes get to work. 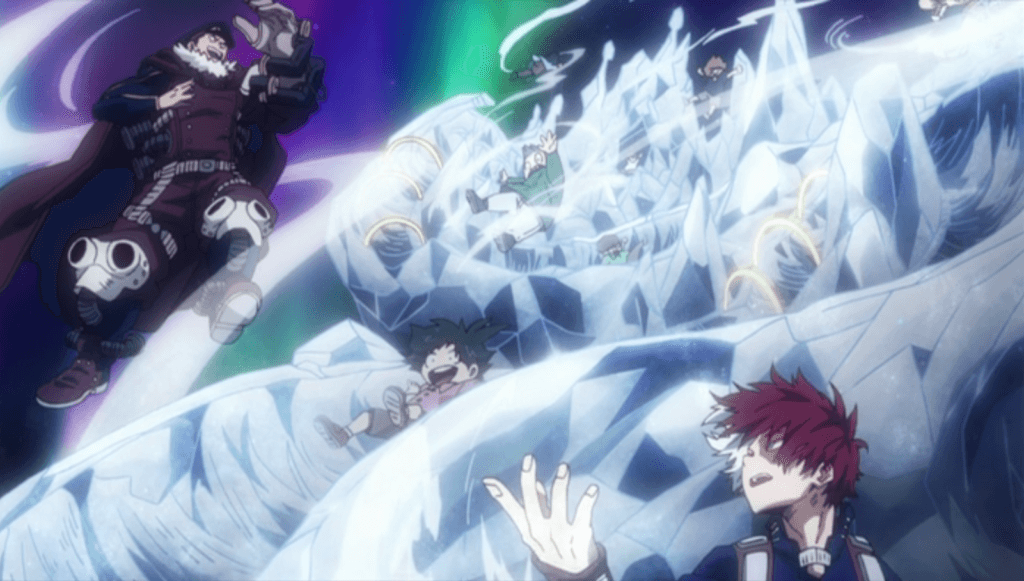 With some illusion work from Cammie creating some Northern lights, some aerial lift from Inasa, and some thermal construction from Todoroki with the frame built from the debris the kids’ quirks left behind, the three of them manage to create an indoor roller ice slide that manages to capture the imagination and hearts of the kids. It turns out Bakugo understood that their main goal was to impress the kids without actually defeating them, and they managed to reach them by showing what some collaboration can do. And then on top of that, Bakugo has a heart to the heart to the ringleader showing that he’s capable… of personal growth. Yeah, it’s weird but honestly good for him. 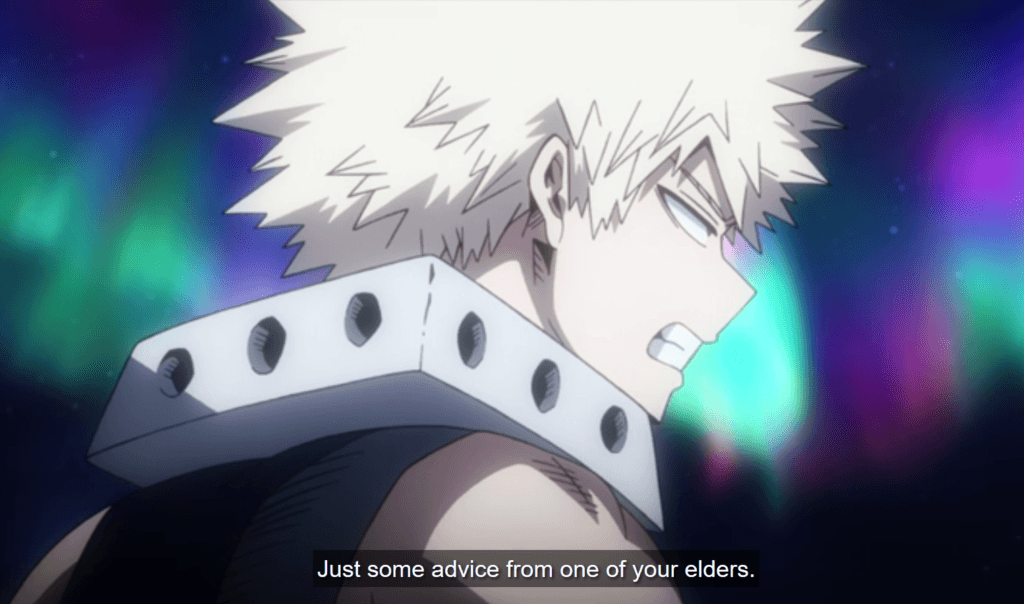 As the lesson winds down, Endeavor and All Might allude to what true strength entails and the quartet learn that their schools are going to be exchanging information since the League of Villains has extended their scope beyond UA. This half of the episode ends with Todoroki rebuffing his father, who is trying, and with everyone realizing that they have to move forward, whatever that means to them.

In the back half of this episode, Midoriya narrates the passage of time, talking about classes, Sir Nighteye’s funeral, and Eri’s continual isolation at the hospital until they could figure out her quirk. In the present (October), Midoriya is trying to be a top-tier student and answers a math question incorrectly by a factor of 2, and I’ve been there buddy. Uraraka and Tenya are supportive of academic Midoriya, but when they try to go lunch Aoyama of all people interrupts with cheese. Which is honestly just the start of a very weird venture. 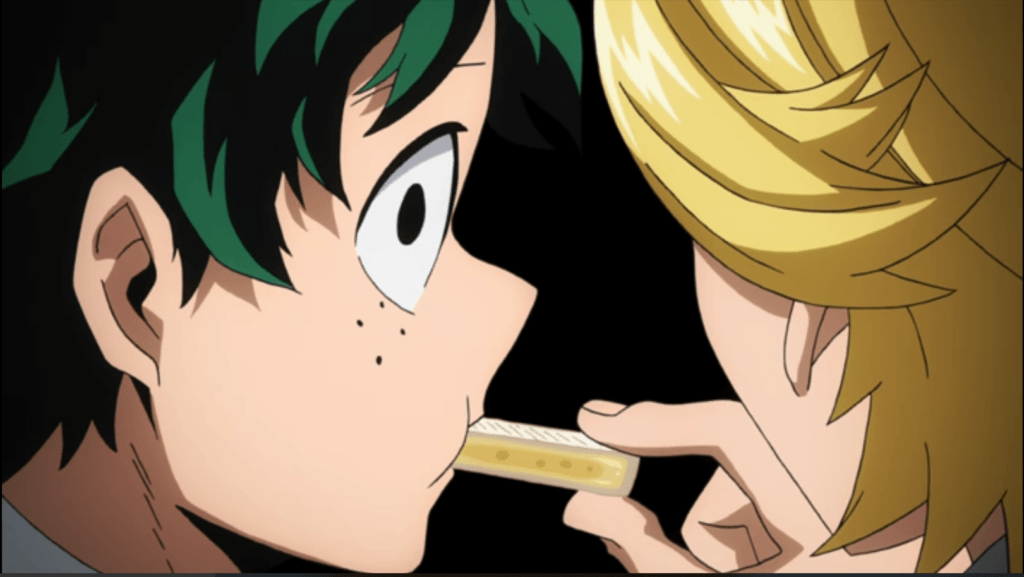 In the middle of the night as Midoriya sleeps, Aoyama sneaks on to Midoriya’s balcony and leaves a cheese board that spells out the ominous phase “I KNOW.”

Now, this type of behavior is clearly unnerving, and Midoriya’s not really sure how to approach Aoyama’s gestures. It comes to a strange conclusion when Class 1A starts doing some ultimate move training, and Aoyama’s latest move completely drains him.

Of course when the two have a chance to actually talk, Aoyama confesses to Midoriya that he’s always thought the two were kindred spirits since their quirks weren’t entirely compatible with their bodies. And Midoriya being Midoriya, makes another close ally out of one of his classmates. 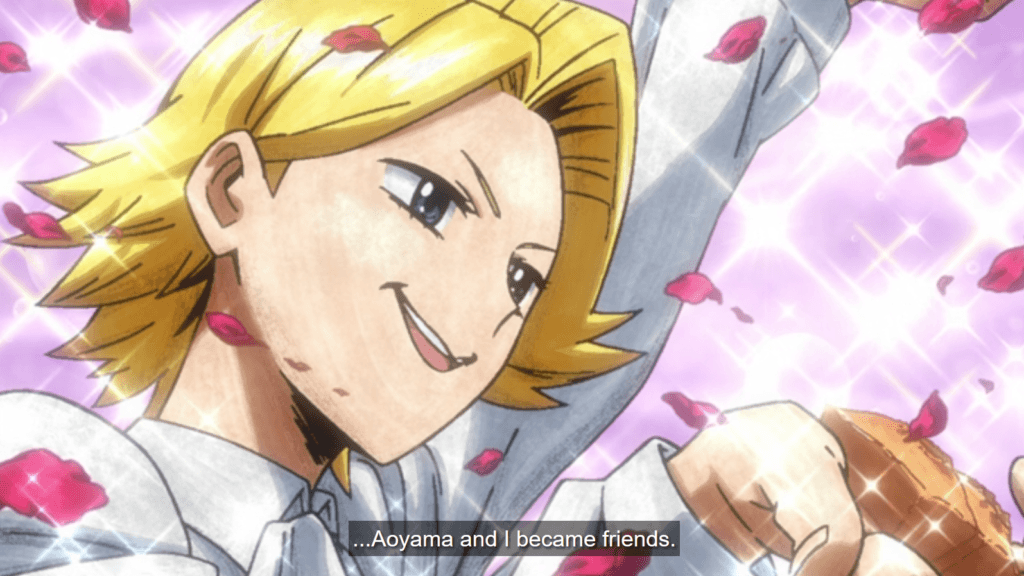