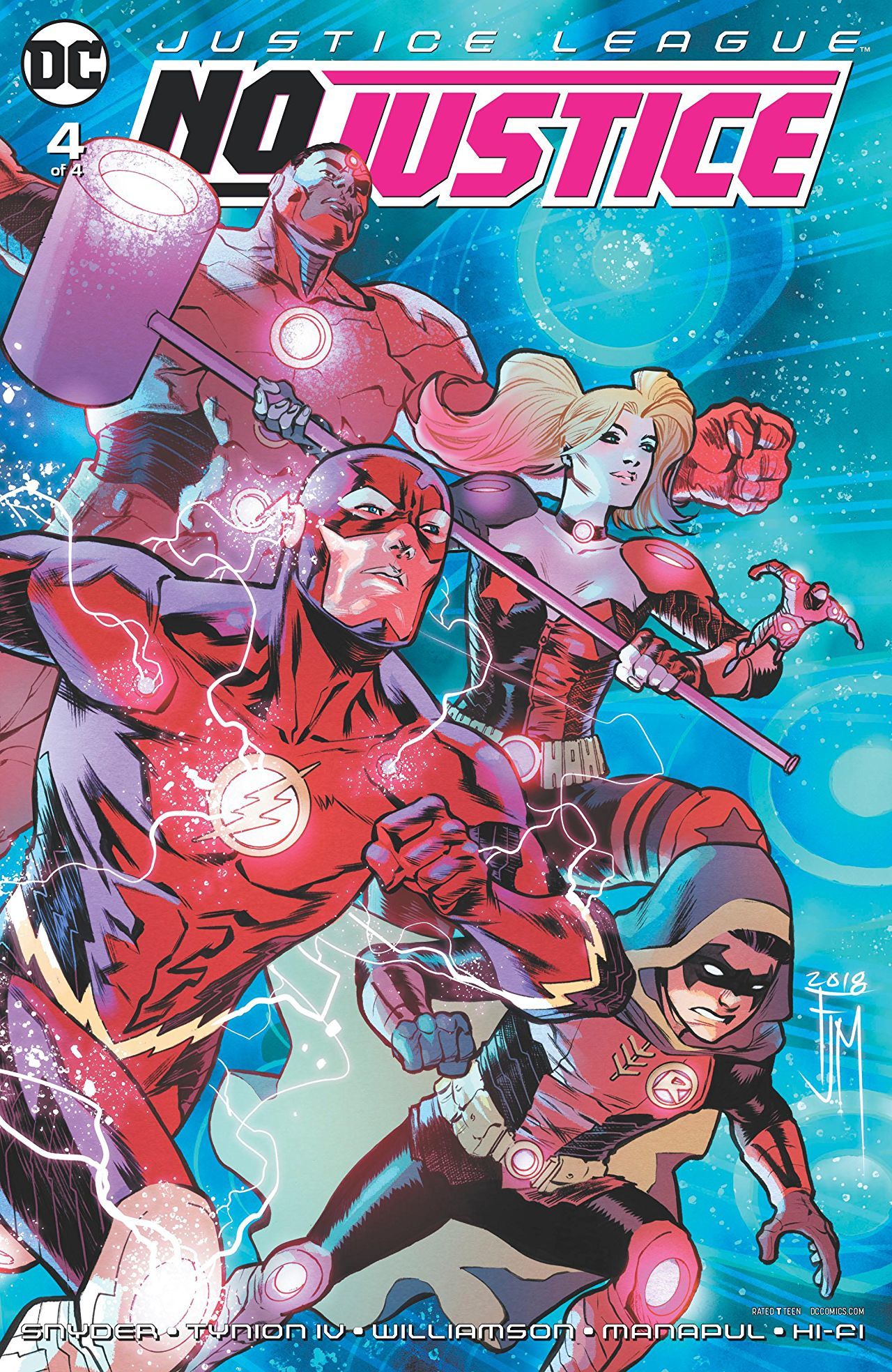 No Justice has provided us with a lot to chew on over the past month, but in issue #4 things seem to finally click as everything is tied up nicely.

This week, in the final issue, the four teams briefly lick their wounds before they have to rush back to Earth and stop the threat of the Omega Titans devouring the planet and its delicious nutrients. They face the vengeful Brainiac 2.0, and a proactive Amanda Waller. It’s still a lot of obstacles to tackle, but I think it worked well this week. All of the conflicts were in place to serve each other, instead of getting in each other’s way.

On that note, this issue brought up the fact that there is “No Justice” in the universe. It’s a man-made concept that we try to instill into everything that we do, but it’s not inherent. There are laws of the universe, but deciding what is right and what is wrong is not among them. The notion is put forth that the Justice League is responsible for so many of the problems that keep coming their way, simply because they won’t let nature run its course. Of course, if they were to just leave things alone, so much life would be lost, so I get it. It’s just an interesting thing to point out that I’m not sure I’ve seen addressed before. It’s the ultimate form of culpability for our heroes. 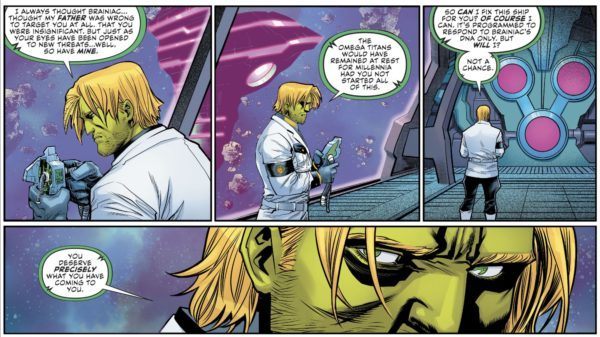 I mentioned last week how this series felt like a set-up. And while at times that was really glaring, it was welcomed in this final issue. As things were wrapped up, moments and threats-to-come were teased, and they got me really excited about new team dynamics with familiar faces. If you asked me 2 weeks ago, I might not have given you the same answer. The ending of No Justice gives us a clean slate for some new stories in the aftermath of universe changing events. This issue was about beginnings as much as it was about culpability, and we got a glimpse of what the new iteration of the team will look like. Many of you probably know already that it resembles the team from the Justice League cartoon from the early 00’s. If that doesn’t make you happy, you probably have an icebox where your heart used to be.

Our homie Francis Manapul was back to finish off the series and remind us all that his art comes from heaven. Stevie Wonder made My Cherie Amour in response to these colors. Francis Manapul’s art looks like how comic book pages smell. It doesn’t get better than this.

In the end, No Justice was more icing than cake, but I’ve got a sweet tooth so I ate it all up anyway. Things were wrapped up nicely in a way that gets you excited and optimistic for Snyder’s take on this team.

8.5 Stubborn Superheroes Out Of 10