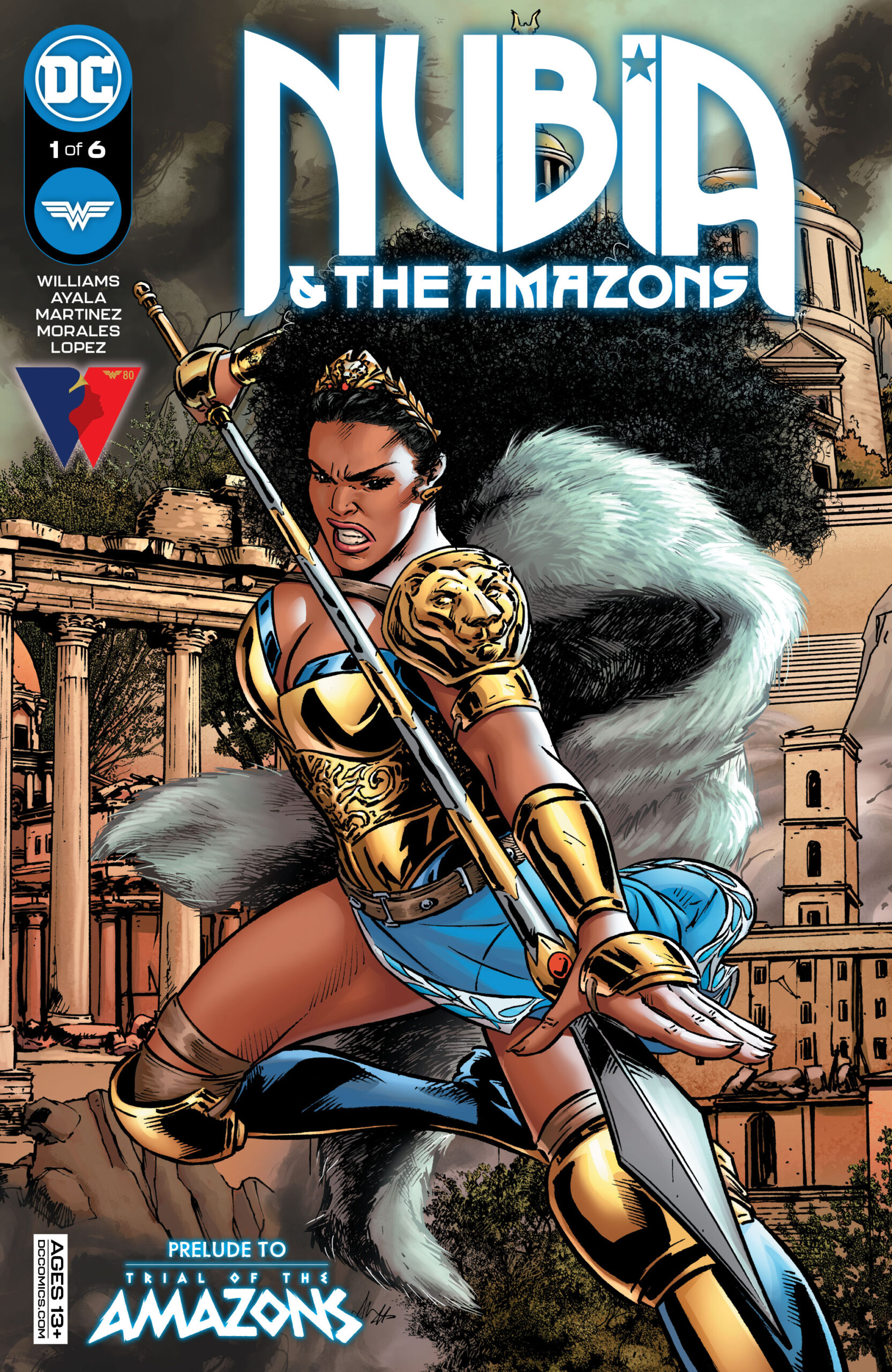 Freshly minted the new Queen of the Amazons back in Infinite Frontier #0, Nubia now has her own series to explore her challenges and accomplishments on the throne.

This series also serves as a prelude to the massive Amazon-centric crossover event Trial of the Amazons that posits to change the landscape of the Amazons in the DC Universe.

In addition to seeing Nubia in her element, this issue followed a mystery generated by the Well of Souls.

The Well of Souls is how new Amazons are born. Souls of women who died by the violence of man are born anew into the body of a goddess without their memories intact, likely to block out their traumatic experiences. The problem is that there haven’t been any new Amazons born out of the Well for centuries, and all of a sudden five new Souls are born. What should bring joy and a sense of community, winds up bringing doubt, fear, and questions for some.

And let’s face it, we’ve got five more issues in this series. You know something is about to pop off with that Well. I’ll be here with my popcorn.

Nubia & the Amazons #1 was as solid an opener as you could have hoped for when it comes to a character like Nubia. It reintroduces us to her story while making it known that she’s not going anywhere anytime soon.

Nubia is regal, courteous, and rules with affection. I cannot wait to see how she meets the challenges that are coming her way.

I’d be remiss if I didn’t speak a bit about the creators of this series. First off, we all need to give a Sundance festival 10-minute standing ovation to Stephanie Williams! In just a few short years, she went from creating her own comics with the characters she loves, all the way to the big leagues. And she gets to play with the same characters in a bigger sandbox. She’s really doing the damn thing, and it warms the heart.

Vita Ayala is on the track too. And need I remind you if you didn’t already know: Vita doesn’t miss. Ever. Having a talent on-board this book to help shepherd in a new era of one of comics’ most underused, yet important characters is a pretty big deal.

Lastly, I gotta talk a bit about Alitha Martinez, Mark Morales, and Emilio Lopez on pencils, inks, and colors respectively. This team works so well on Nubia & the Amazons #1. They’ve added a unique look and feel to a place like Themyscira. It’s gotta be hard to come in and add your own DNA to a place like that, but they make it look effortless. I’m a sucker for color, so Lopez’s stark hues really did a guy like me good. I particularly like a double-page splash toward the end of the issue that did a great job of creating a sense of dread, foreshadowing what’s to come in this series.

All in all, like I said, this was as solid a debut as you could have. I know I’ll be back for issue 2.

10 Labyrinth Spheres out of 10