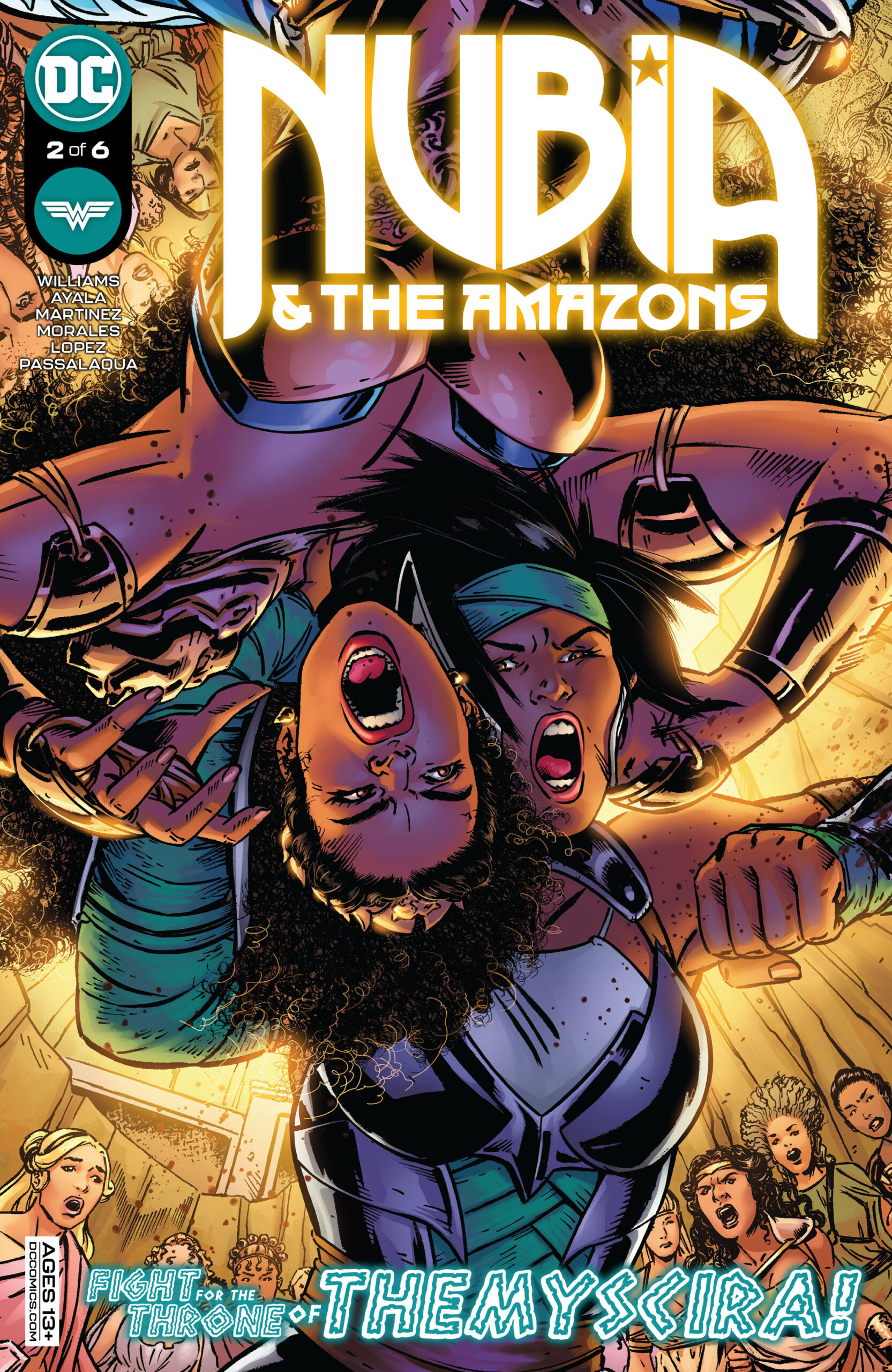 Nubia & The Amazons #2 continues to bring the heat to Themyscira!

When some inhabitants of the island doubt the validity of Nubia’s fast rise to Queen, our favorite Amazon has to put it all to rest by showing everyone that she’s got the best hands this side of the Bermuda Triangle, and if anyone wants the smoke, they are more than welcome to come and get some.

Nubia & The Amazons is really about Nubia & The Amazons. I know that sounds silly, but I enjoy that we get to spend time with other characters on Themyscira just as equally as we do with Nubia. This is a book about expansion, and I think just two issues in, it’s doing a really good job of fleshing out the nuances of Amazonian culture, society, and norms.

My favorite part of this issue was without a doubt the Victor’s Circle. It’s another one of the areas/customs of Themysciran life that we are getting a deep lesson on. In issue one, it was The Well of Souls. This time around, it’s the Victor’s Circle.

Nubia pays the Victor’s Circle a visit when she hears words of doubt about her rise to Queen. So instead of talking a nice talk to try and convince people of her intent, she walks the walk, going to the Victor’s Circle to prove her worth with her own hands. How can we not stan?

Enjoying Nubia & the Amazons? Check out BNP’s other reviews here.