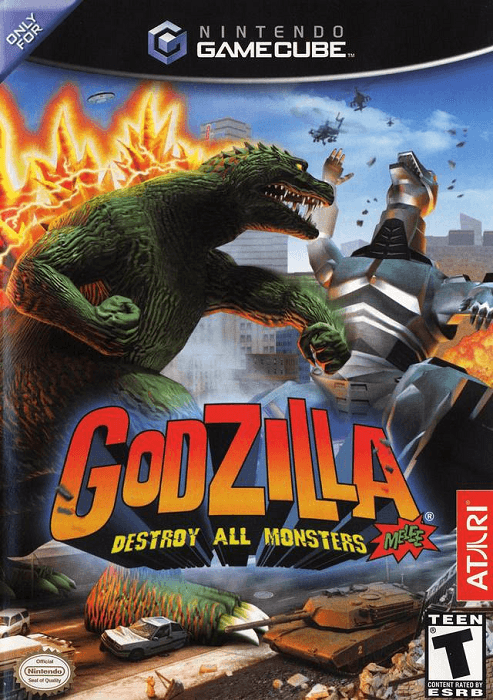 Now this game was pretty good back in the day. In Godzilla: Destroy All Monsters Melee, legendary monsters battle against each other in different cities. Aliens, who are trying to take over the world, have taken control over Godzilla’s rivals and must be defeated. Honestly, I never played this game for the storyline. Playing with the friends is so much better. You could play as Godzilla or any of his rivals in some awesome hand-to-hand combat with some special moves. One of the coolest things are how you can find yourself in cities like San Francisco and destroy the city by throwing buildings at your enemy. Multiplayer is the best part of this game. 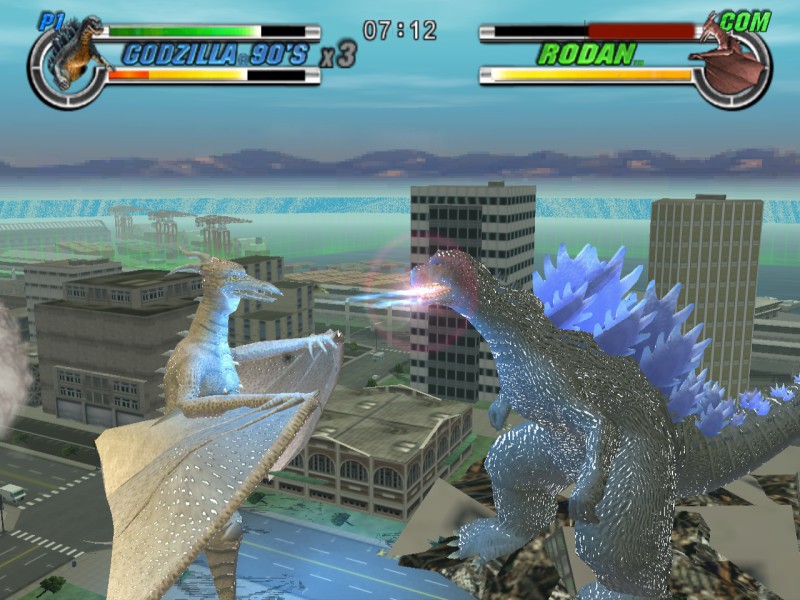 The developers must of spent a good amount of time creating the monsters. The rendering of these models are beautifully done. When starting out the game, it’s best that you play story mode for a while so you can unlock more areas and characters. Multiplayer isn’t much fun with only 3-4 characters. The gameplay mechanics are really good, and it takes a lot more than a few lucky combos to take out your opponent. Throwing buildings and using your special attacks are recommended. The also have Bots that drop boosts around the city to help with your power level. There are a limited amount of problems, however. The collision detection is slightly off, for example. When your character is standing next to a building, sometimes you are not able to pick it up, which becomes frustrating when you’re in the middle of combat. Sometimes when you’re hiding from your enemy and you’re at a safe distance, for some reason your enemy can still attack you. Otherwise the game great, including the sound effects which are amazing. The sounds from the monsters are awesome, as their screams are the same as they are in the movies. Graphics-wise, Godzilla is okay — the monsters look really cool, although the cities look a little dull.

My favorite characters in this game are Anguirus, Mechagodzilla, and Godzilla. Even though they are fairly strong, the game can still get pretty hard (giggity). Megalon will continuously go underground for most of the game and it’s really hard to run from him. These monsters don’t run that fast. If he gets right underneath you, he’ll grab you and throw you across the city. The most annoying character in the game is Mothra, who’s not a playable character. It continuously zaps the opposite player and drains a lot of your health.

In all, Godzilla was a pretty good game.