[divider type=”space_thin”]
When I first began writing this article, it was before the election, before Donald Trump was anything more than punch line to a bad joke—a political satire, a character in a dystopian  version of American society that was a thinly veiled critique of our nation’s prejudices and values. Just a few weeks before, I had finished watching One Punch Man, a comedic anime series about a bald-headed superhero named Saitama with seemingly unlimited power who nevertheless faces bureaucratic problems as he just tries to save the day.

The series, which was one of last year’s breakout anime hits, plays with typical shonen and superhero story tropes and shifts the focus away from the fights and focuses instead on Saitama’s understanding of himself as a hero and how that conflicts with the views of the Hero Association and society at large.

In thinking about what exactly made this manga — which went viral, by the way — and anime so popular, it occurred to me that beyond its humor and action, One Punch Man has become a fitting metaphor for what life in America has been lately — and will certainly continue to be — for marginalized groups in a post-Trump climate.

Here are the reasons why, for those of us who are marginalized or victimized by the very country that is supposed to protect us, represent us, and recognize us as part of a national story, Saitama is the kind of hero we can understand. 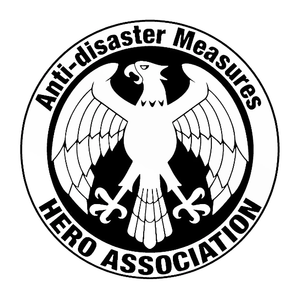 Saitama is part of a system that refuses to acknowledge him

Saitama is a hero — and a really good one at that — but, ironically, the people who give him the most trouble aren’t his enemies but rather the ruling powers behind the scenes at the Hero Association. When Saitama and Genos go to the Hero Association to test and become licensed as official heroes, Saitama is not licensed to the class of hero he deserves (S-class) but placed in a lower class where he will not be recognized as powerful and relevant as he really is. Even when he steps in and saves the day, his contributions are either ignored or recognized only to be disregarded as counterfeit.

“I am invisible, understand, simply because people refuse to see me. Like the bodiless heads you see sometimes in circus sideshows, it is as though I have been surrounded by mirrors of hard, distorting glass. When they approach me they see only my surroundings, themselves, or figments of their imagination—indeed everything and anything except me,” says Ralph Ellison in Invisible Man. It may seem absurd to compare a product of contemporary Japanese pop culture to Ellison’s classic novel, but it’s not so far off. More so than any actual character, Saitama’s foil is actually his invisibility in society. Sure, there are villains, the ones actively working against him, but villains can be punched and defeated. Perceptions cannot be so easily defeated.

How many times in our society, in our everyday lives, are minorities taken for granted? Or worse, how many times are they displaced by the stereotypical versions of themselves? The Uncle Toms and Mammies and Thugs and Terrorists and Predators become stand-ins for us, real people with multifaceted personalities and varied experiences and histories and beliefs. It’s a malicious form of blindness; in the same way that Saitama must be a part of a system that will not see him, so too do our political representation, our workplaces, our schools not always see us.

Saitama is villainized because of his appearance

In episode four of the series, Saitama gets mistaken for a villain when a bald-headed villain and his bald-headed opportunistic followers get into some mischief. Yes, it creates a by-the-book comedic misunderstanding, but ours is increasingly a society of symbols — repeat images people can grasp onto and transfer meaning to with a likeness. In the show, a bald head equates to a villain, without question.

In real life, in America right now, what do dreadlocks (on a person of color, not a white person, it’s important to differentiate), afros, and braids equate to? What does a hoodie or burka (again, on persons of color) equate to? In many cases, the results are the same: villain. Thug. Terrorist. Saitama is underestimated in part because of his DIY superhero threads and joked about for his baldness, but even more dangerously, he is mistaken for a villain. The only difference is that in the end, Saitama’s situation is cleared up with no real harm done — it was simply a premise ripe for laughs. In real life, it’s not so innocent. If we, as people of color, particularly black people, have learned anything in the past few years, it’s that for us, anything, even an accessory, can be a symbol or a threat, aiming to turn us into something we’re not.

Saitama must take the fall to maintain the status quo

In the ninth episode of the series, Saitama defeats the Sea King, who had easily defeated a number of other heroes from various ranks, including S class. Despite saving all the townspeople and defeating such a powerful boss, Saitama is still called a fraud. Similarly, when Saitama stops a meteor set to strike City Z, he is called a fraud. In both instances, it takes just a small, hateful minority within a group to question Saitama’s talents and worth before that hatred and fear becomes omnipresent, threatening Saitama instead of praising him for what he actually is.

What does our America look like? As a black woman, it looks very different to me than what it must look like to a white male, and I know that the “status quo” is code for “regressive ways of thinking.” It’s cynical, yes, but in the 19th century, when a number of Americans wanted to maintain the status quo in this country, that meant they wanted to protect their livelihoods in the form of slavery — the status quo.

The status quo is the opposite of progress; it’s complacency on a national or international level, a complacency that allows racist, misogynistic, xenophobic, and homophobic discourse to continue, that allows hate crimes and disenfranchisement to happen simply because staying the same is so much easier and more convenient than pressing for change and getting to the root of the issues.

Unfortunately, a society that refuses to move forward must pay the price, and that price will always be its citizens, particularly the minority. In One Punch Man, Saitama becomes framed as the villain at times, reinforcing society’s false notions of him in order to keep everything as it has always been. It may work—however temporarily— in an anime series, but in real life, people of color, immigrants, LGBTQ individuals, women, etc., cannot be expected to fall in line with the stereotypes and give up their right to live with the same degree of freedom and protection as the majority.

One Punch Man may not be the tidiest metaphor for what’s happening in America right now, but the parallels are still there. And when I say how Saitama may remind me of marginalized America, I am neither glorifying the situation nor trivializing it. Saitama is entertainment, a cartoon hero who has adventures and makes me laugh. But in this America, living while black, Hispanic, Middle Eastern, queer, trans, female, etc., is not as funny or easily figured out. In this country, we’re not heroes like Saitama; when we try to punch, America is sure to punch back.