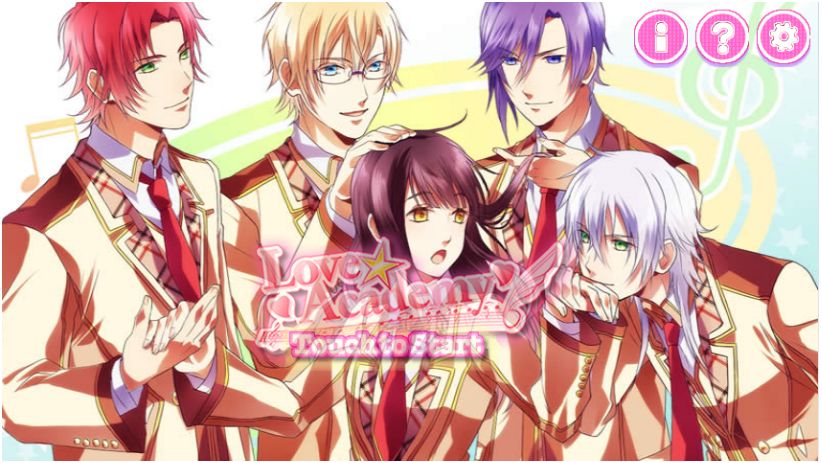 I don’t think anyone ever means to start playing otome dating games so much as life circumstances happen (read: soul-crushing loneliness and post-break up boredom), but I figure in a world where one app swipe can leave you at the mercy of a complete stranger, nobody really has room to judge fictional love interests. And let’s be honest: who doesn’t like the idea of a sparkly person giving you endless compliments on your terms with no expectations?

This brings us to our first step in otome gaming: finding a game that’s right for you. Are you a middle-aged woman whose parents won’t stop nagging her to just go get married already? Perhaps try one of the office life otome games wherein your friends are much nicer, your coworkers are all in love with you, and your handsome but strict boss may or may not be your new roommate. Or maybe you’re a student or recent grad who’s tired of the “real world” with all these monotonously non-super powered dates. Why not try your hand at being captured by demons who are now in possession of your soul for all eternity and use this power to turn you into their maid/prisoner/slave? Seeking some less fantastical elements? You can be the president’s daughter protected by the world’s most gorgeous bodyguards, return to your fictional hometown to discover your childhood friends have all grown into hunks, or live as just a regular student at a high school more or less for models. The possibilities are endless, my friend. I personally find shopping around through a variety of introductory scenes and sending hilarious play-by-play reports to a trusted friend to be the best selection method.

While there are several games available for the privacy of your own computer or gaming console, I found mobile apps to be much more convenient for class, public transportation, and any number of places you might find that could be improved by someone telling you over and over again how attractive you are. Just remember that if you’re the shy sort like me to make full use of your phone’s second screen so that your secret is safely hidden away from prying eyes.

[divider type=”space_thin”]
Our second step in otome gaming involves evaluating your budget. If you have lots of money and little time, it might be worth it to you to invest in the games that require you to pay about $5 a route and receive immediate gratification. As someone who likes to think of herself as pretty frugal, however, I chose to play free versions by companies like Gree that require watching ads, a twenty-four hour chapter update wait, and unending side quests for items that require building a mini avatar of yourself. 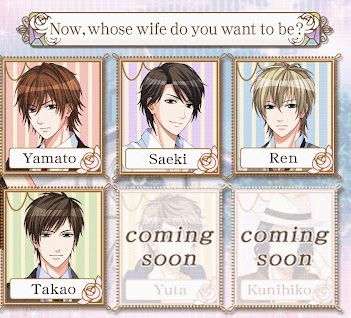 Once you’ve sampled a few games and found a price point that works for you, the next step is to appraise your harem. No matter where you supposedly are in time and space, you can only choose one personal bodyguard, accidental husband, mobster, et cetera to spend the majority of your time with, so choose wisely. While your options may occasionally be some combination of traits, I’ve found myself nicknaming the different types the following (you can also find a more in depth version on AFA Channel here and here. ):

The Baby: The immature little brother figure that endears himself to you through his sheer vulnerable nature and dependency. I find this option to be the least fulfilling and most likely to dip into some shady territory, but often the games will let you off the hook by making him out to be older than he appears.

Main Character Guy: Often the flirtiest or most attentive of the bunch, his main trait is that he gets to talk to you most during the intro section (he’s allowed a little more complexity than his counterparts for this reason).

The Cold One: Probably wears glasses and reads books all the time. Like compliments, gifts, and generally comfortable human interaction? This guy’s not for you.

The Human Red Flag: No. No. No no no no no. While these games tend to have no concept of healthy boundaries or consent, this guy reallydoesn’t understand these ideas and will often perversely or even cruelly demonstrate. Think 50 Shades material.

The Tsundere: My personal guilty favorite, this character spends 99% of the time he talks to you either childishly throwing insults so you don’t think he likes you or flustered with a bright red face.

[divider type=”space_thin”]
The fourth and fifth steps after that are fairly intuitive: gameplay and endings. Unfortunately, like any good shoujo anime, if you were hoping for someone that veers from the pale-skinned and straight-haired camp to pop up, you’re outta luck (…except for this guy, I guess).  So hopefully you really do like the person you chose because you’re going to have roughly a million different dramatic misunderstandings of each other’s intentions with very little ability to rectify them. Depending upon the money you spend and the chemistry with your chosen partner, if you play all the way through you get rewarded with something like a normal ending, a sweet ending, and happy ending. These depict various levels of romantic outcomes ranging from a simple “I’ll always love you” to -ahem- more mature content if that’s your thing.

Step six is, of course, repeating the cycle all over again, but if you’re like me it may be harder to begin immediately reforming attachments (fictional or not). Don’t sweat it. Remember: the point is to have fun, feel good, and hide from the horror that is reality for as long as possible! Congratulations, you’ve passed Otome Gaming 101. Got a favorite otome game already? Find yourself choosing a character type over others? Let us know in the comments section below!