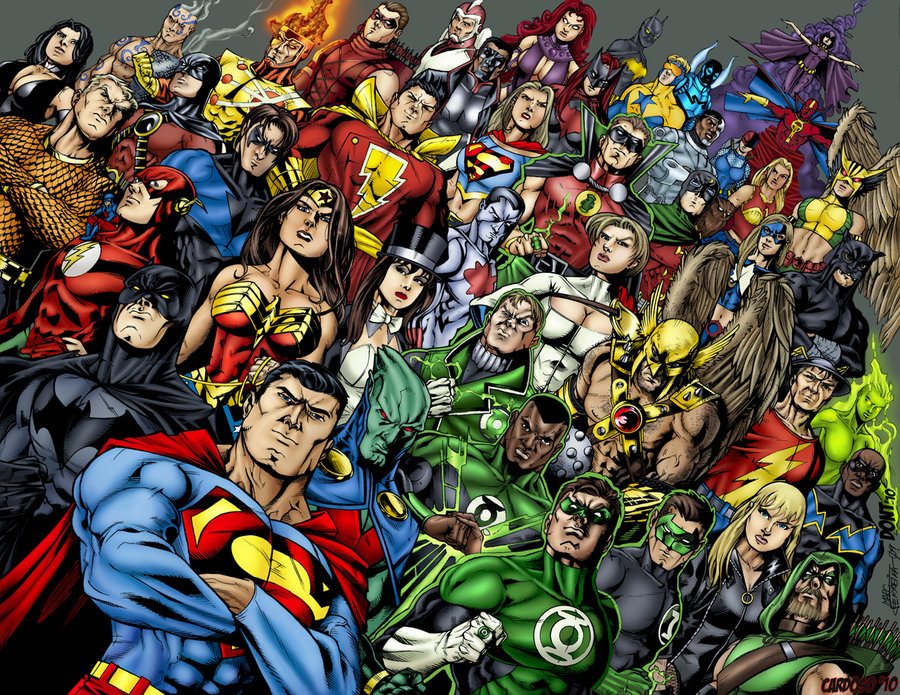 Between DC and Marvel alone, there are supposedly close to twenty comic book movies that are planned out past 2024. Who knows what story lines may either be adapted or just be inspiration for those films, but I wanted to explore some of my favorite story lines that could be adapted for film or TV. This isn’t a ranking by any means or even my favorite story lines of all time, but they are stories I could see being outstanding on a new medium. Note: I did my best to steer clear of any stories that have either been adapted before (such as animated films as applicable to JLA Tower of Babel inspiring JL Doom) or have been noted as large inspirations for screen (such as Nolan crediting The Long Halloween as inspiration for The Dark Knight) whenever possible. Part I of this limited series is just limited to DC properties.

Why it Makes Sense: As I’ve stated before, this may be the great tragedy for the Ryan Reynolds led Green Lantern movie being such a disaster, as we may never see the rise, the fall, and fear induced rise again of Sinestro and his own appointed Corps in what may be the last best DC storyline before the New 52 launch. For all that Geoff Johns has to be proud of regarding his work on GL, Sinestro Corps Wars is his masterpiece. As my boy Omar has said, this could be DC’s Star Wars.

Delivery System: Movies. A trilogy actually. There are enough acts and objectives to support three films, from Sinestro’s rise, to dealing with Parallax, the introduction of Super Boy and Super-Man Prime, to the take down of the Anti-Monitor on Earth. Planned carefully, this could be done phenomenally with natural breaks and arcs for each movie.

Why it won’t happen: Too big with the necessity to add too many characters that people wouldn’t be familiar with. Probably too ambitious to not be one of the big three from the DCU. Also, it helps to have the demonstration of Sinestro as the best Green Lantern in the Corps before his fall, which could be done in the first movie, but would’ve really benefited from the first Green Lantern being decent as a lead in.

Why it Makes Sense: There are a ton of Wonder Woman stories that could be made into a movie, but if you were talking a post Justice League adaptation, this would probably be my first pick. The story is mostly insulated to the civil war between the Amazons on Paradise Island which has huge repercussions for Themyscira and Wonder Woman’s legacy moving forward. Also, at the heart of it is Diana’s struggle with her commitment to the Justice League and being heir to the Amazon Queendom, which puts her at odds with Hippolyta.

Delivery Method: This could be a standalone movie, though it benefits greatly from the existence of a Justice League movie or (gasp) a previous Wonder Woman film that helps set the drama for Diana’s conflict at home.

Why it Won’t Happen: Patriarchy…

Why it Makes Sense: I know, I know. Not another Batman film. But listen, when the entire comic franchise is rebooting and you’re charged with re-introducing its most popular character over the last decade, you can only hope to be as successful as Scott Snyder’s Court of Owls. The Owls story line is epic (though his current run of Zero Year might be just as good). More importantly for those who might be fatigued with Batman, the use of a villain unique to the most popular Batman stories and the use of history and legacy make Gotham a character more than it ever has before.

Delivery System: Doing Batman right to me, always will mean a movie format. The character, to be done right will always excel better on the big screen, especially this story where scale is important. You could try cramming this into one flick (for the complete narrative), but probably better served as a two-parter which would allow you to flesh out the Dick Grayson part of this story as well and allow for a (gasp again) Nightwing solo production in the future.

Why it won’t happen: Too new for one. It seems that story lines that have occurred within the last 5 years only get the animated treatment these days. Also, the villain(s) would be a hard sell for a commercial audience that only knows 2 or 3 villains from Batman’s rogue gallery.

Why it Makes Sense: So bear with me here, because we got some clean-up to do first. If you brought this thing to celluloid, you gotta play with the Terra origin some, so that she is a traumatized young woman by some horrific event in her past. Not some stereotypical and melodramatic teenager that is a psychopath and just loses control. While we’re at it, how about we do away with the teenager angle altogether because Deathstroke can be a captivating enough villain without being, ya know, a statutory rapist. Ok, now that we have that taken care, this could still be an outstanding live action display. You tell the story through Terra, we get to see Deathstroke the strategist as well as the Terminator, you’ve got a really diverse cast of characters, an evolving mystery and even a love story with Beast Boy. Really covering all bases here.

Delivery System: This screams serialized TV show. Maybe it’s a limited run on Netflix, maybe it’s the first or second arc of a Teen Titans show (completely doable). With that many interesting characters, TV really lends itself the opportunity for individual and group development. A lot of young pretty people as well which means this probably ends up on the CW.

Why it won’t happen: Not really a solid reason why this couldn’t happen unless Teen Titans Go is just too big of a shadow for a more mature version of these characters to surface.

Of course there are so many worthy story lines that could use the platinum treatment, leave some of your favorites in the comments.