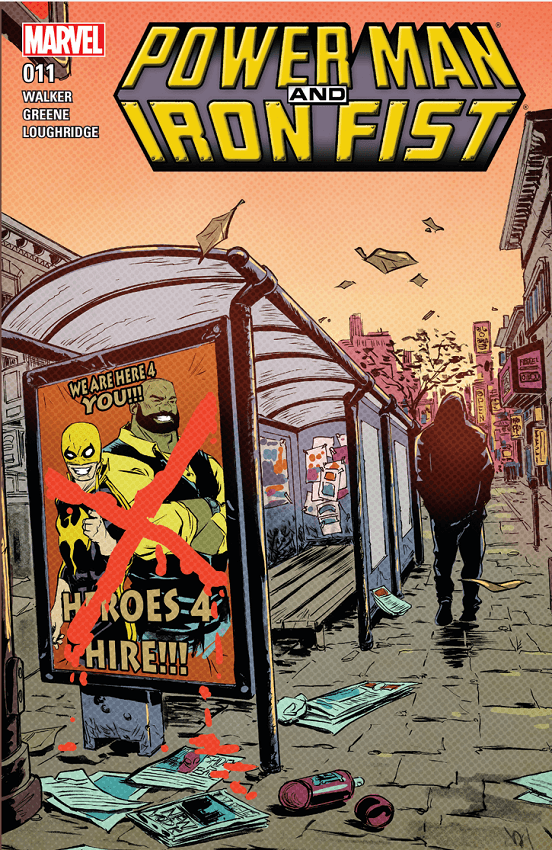 In the “Harlem Burns” story line that started last month, the city continues be plotted on and divided among the criminals. The plot line of the villains drawing lines and strategies against each other does have some connection with Power Man and Iron Fist themselves as they continue to search for this sophisticated software that create, erase or alter prison records. The technology that we saw being used by some vigilantes to wrongfully imprison guys was just a test run for a larger endgame. With the reveal in the last issue that Alex Wilder was the person behind this software and other chess pieces being moved around in the background, he steps up his efforts with his newly minted “New Pride” crew for the power moves this issue. 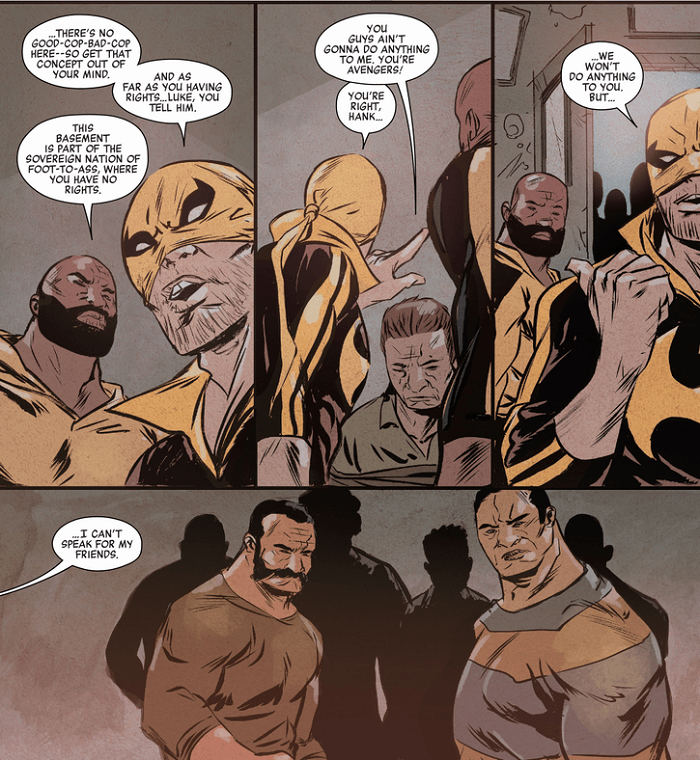 The story is compelling and the characters are fleshed out wonderfully under Walker’s writing. We’ve been given a lot more from the side characters, villains and reformed villains over the last couple of issues and it is paying off for the investment we have in those characters as they have been set on a collision course for the heart of Harlem. The only issue is that there are so many characters, a few of them pretty similar and difficult to distinguish from each other. Still, the story is very strong with the familiar and naturalistic dialogue being one of my favorite things about the book.

The art also captures the rooted and almost throwback nature of the book as well. The characters are coarse or rather, not polished and shiny, which fits well with the street level hero story as opposed to Avengers fighting threats in outer space.

The Power Man and Iron Fist book continues to be a good one for Marvel, with both it’s mostly POC cast and grounded narrative. The Harlem Burns storyline isn’t as strong as the initial ones thus far, but this still a worthwhile read each month.