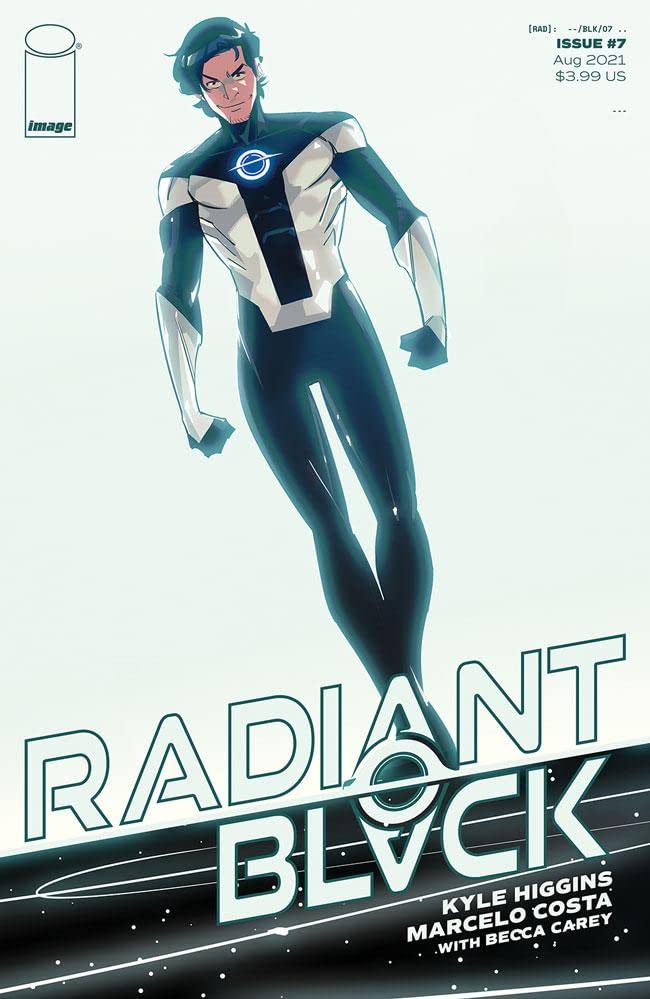 Why isn’t Radiant Black more of a conversation starter? It’s entertaining, it’s (getting) diverse in its cast of characters, and Kyle Higgins is writing. If that’s not enough incentive on its own to pick this book up, I just don’t know what is.

Radiant Black #7 is a return to the ever building momentum as the newly assembled Team Radiant figures out their mysterious powers while the unknown villain mercilessly hunts them for reasons unknown. Higgins’ script is really something special. It’s not just the dialogue or the action beats alone. He knows how to blend fun, hard hitting superhero action with quirky, FX primetime sitcom sensibilities to create an entirely different thing than either of those things has to offer by themselves.

Radiant Black #7 really keeps the action moving quickly while never losing track of who our heroes are. Our heroes aren’t particularly fond of each other (two in particular) and don’t show any signs of wishing to rectify that anytime soon. However, even with conflicting goals and personalities, they’re still working together on an instinctive level in the interest of survival. And the script goes out of its way to establish that Marshall is not even remotely the protagonist that his friend was. Nathan was always apprehensive and timid about looking towards danger. Marshall shoots from the hip and seems to almost purposely leap before he looks.

Meanwhile, the simplicity of Darko Lafuente’s artwork really brings out the everyman quality of Higgins’ script. These characters never quite look like superheroes as much as everyday people dressed like superheroes. It’s like characters from The Office walked into a science fiction movie.

Bottom Line: Radiant Black is a brilliant story for longtime comic fans and new readers alike. It’s exciting, relatable, and hilarious all at once. Absolutely worth the coin.

9 roles John Krasinski should be playing out of 10