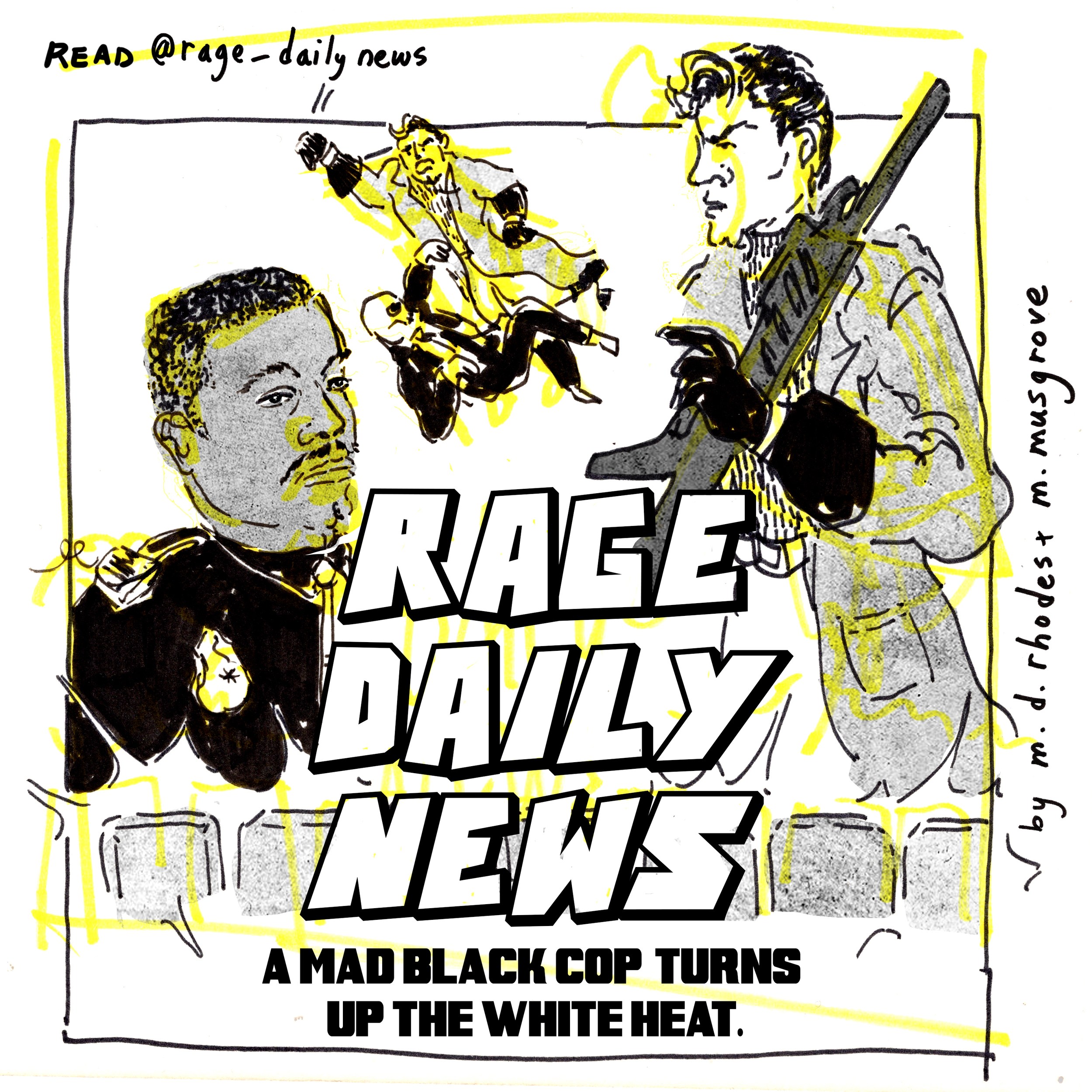 It’s been a really dope few years for indie comics. They always push the envelope for meaty content and further conversations the big two have become too mainstream to tackle head-on. In the age of a legitimized Trump presidency, a resurgence in white nationalism and general anti-melanin fuckery we are gifted an arts renaissance. Topics and concerns so prevalent on the national and international levels – that there must be a vehicle to address them. Enter: Rage Daily News (RDN).

A four-panel strip that looks immediately like the throwback funnies page you would separate from the news paper, Rage Daily News is anything but a departure from the news. The writer/illustrator duo Messiah Rhodes and Myra Musgrove have mentioned RDN being fueled by the cognitive dissonance facing the country at present; and inspired by Black identity musings as far-ranging as the analysis of Frantz Fanon’s “Black Skin, White Mask” to its personification in Eddie Murphy’s ‘White For A Day’ SNL skit. Rage Daily News is keeping it one-hundred about addressing what it means to be Black in the face of ‘Make America Great Again’. 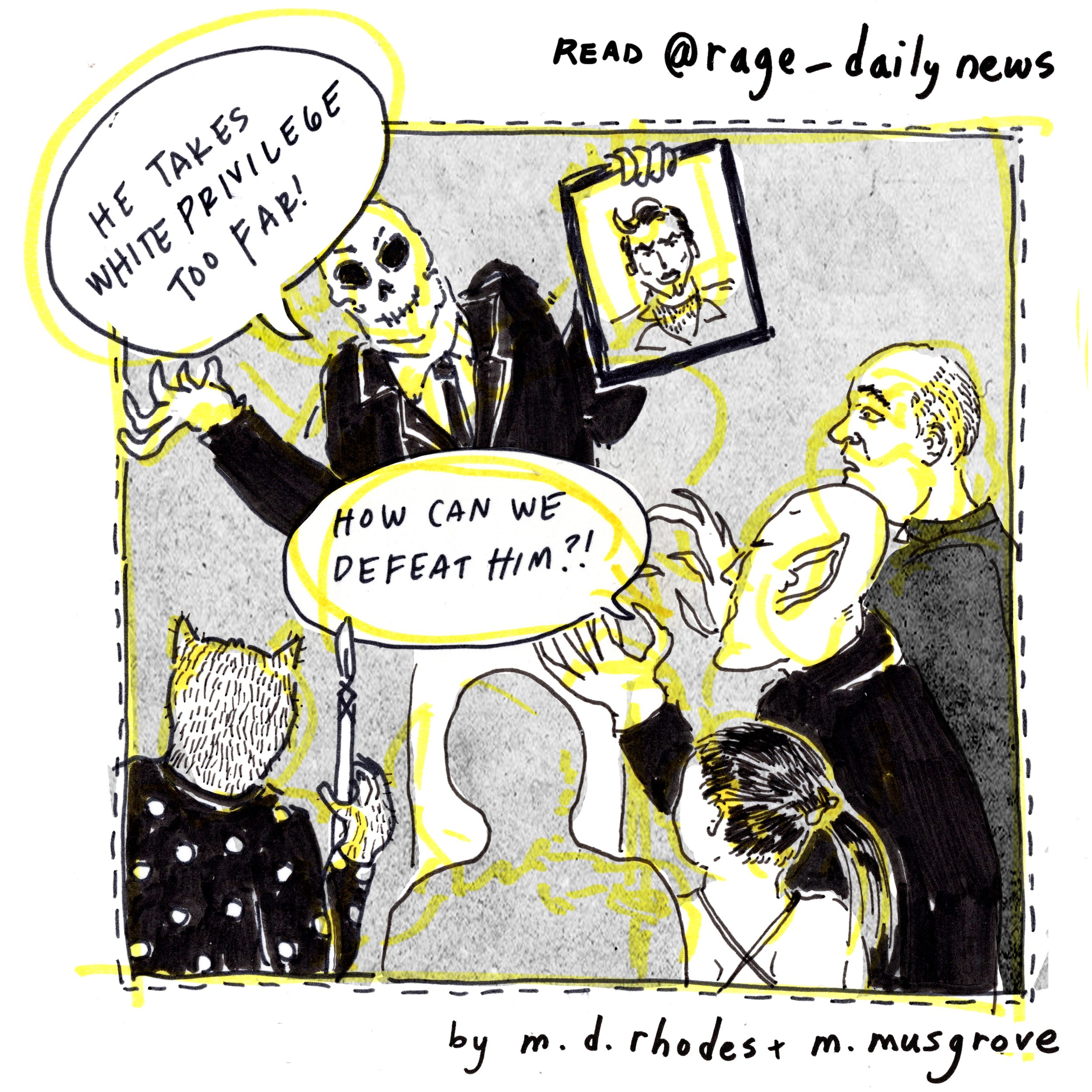 The synopsis is pretty straight forward, ‘After a conspiracy disgraces Black cop Trent Williams, he masquerades as vigilante white person. Wearing a latex Superman mask, he roams the city streets at night, intervening and stopping crimes both big and small. With nothing but rubber bullets and his brash wit regarding race, class and gender.’

So you mean to tell me, in 2019, we’re about to get a comic strip that follows a Black vigilante dressed as a white superhero who can weaponize white privilege against white capitalist interests? Sign me up! Matter of fact, go back to 2016 and sign me up then, you know? Before my cynicism became a fully formed callous over my heart. 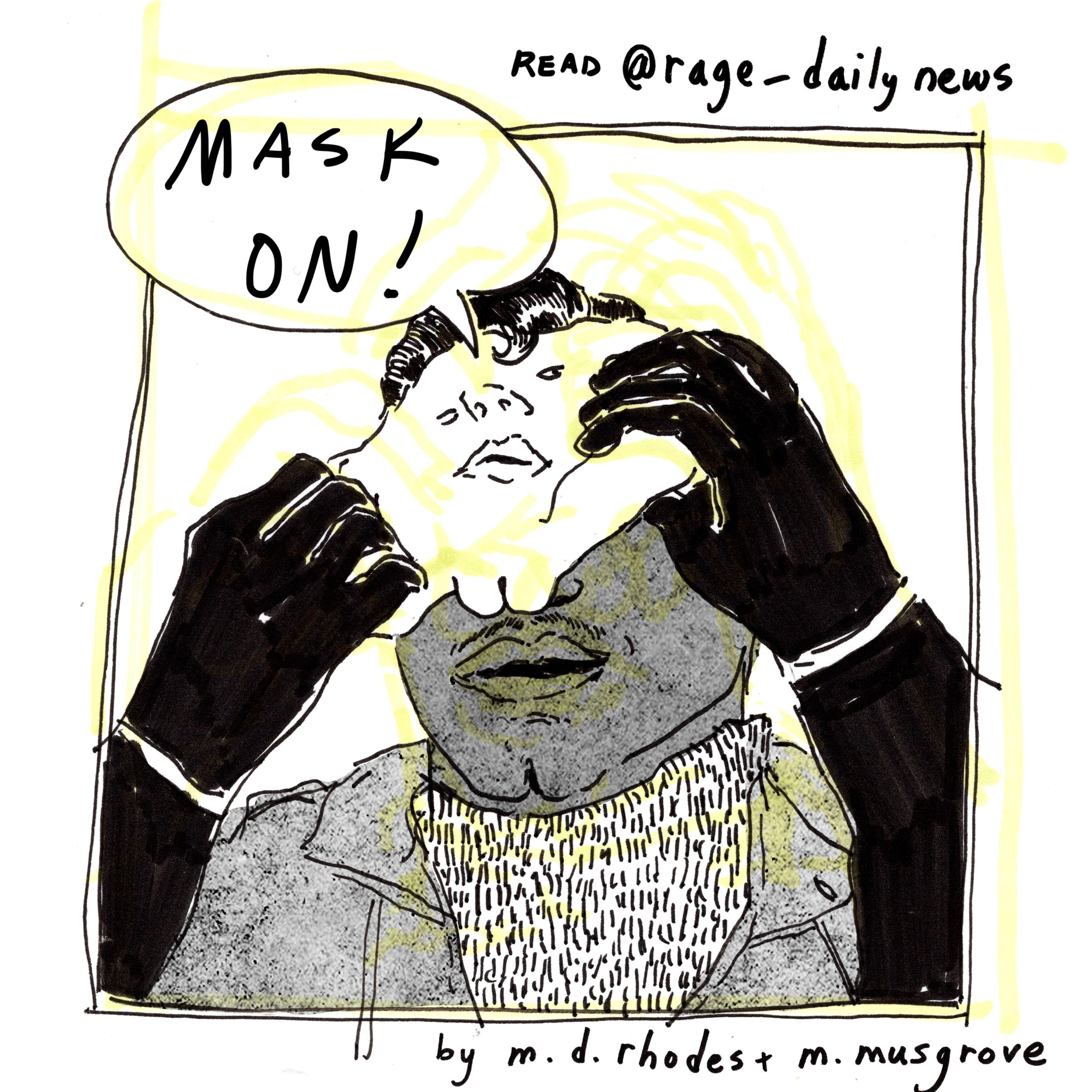 Who made this a reality? What brave and complex souls collaborated to make this happen?

Myra Musgrove is a painter and comic artist who studied at the Center for Cartoon Studies, the Studio Arts College International in Florence, Italy, and at the School of the Art Institute of Chicago. Her comics and illustrations have appeared previously in INK BRICK, American Senior Magazine, and Journal for Expanded Perspectives on Learning.

Messiah Rhodes has done freelance multimedia work for the last decade and recently wrapped up his time as Associate Development Producer and Host at VICELAND (garnering him a Clio Award, a Webby Nomination, and millions of social media views).

The series releases on February 25th and is shaping up to be a simple but effective look at the many absurd ways that race intervenes on our society daily. In regard to the present political climate Messiah believes, “There is a liberating moment in the arts today with big blockbuster films written and produced by black people. What is still missing is the exploration of why racial equality is bigger than just having a Black James Bond or a black Batman.”

Suffice to say, Rage Daily News is a clever, dark comic twist on exploring white privilege and power in a truly absurd world. You can find and interact with the strip on Twitter at it’s home website.