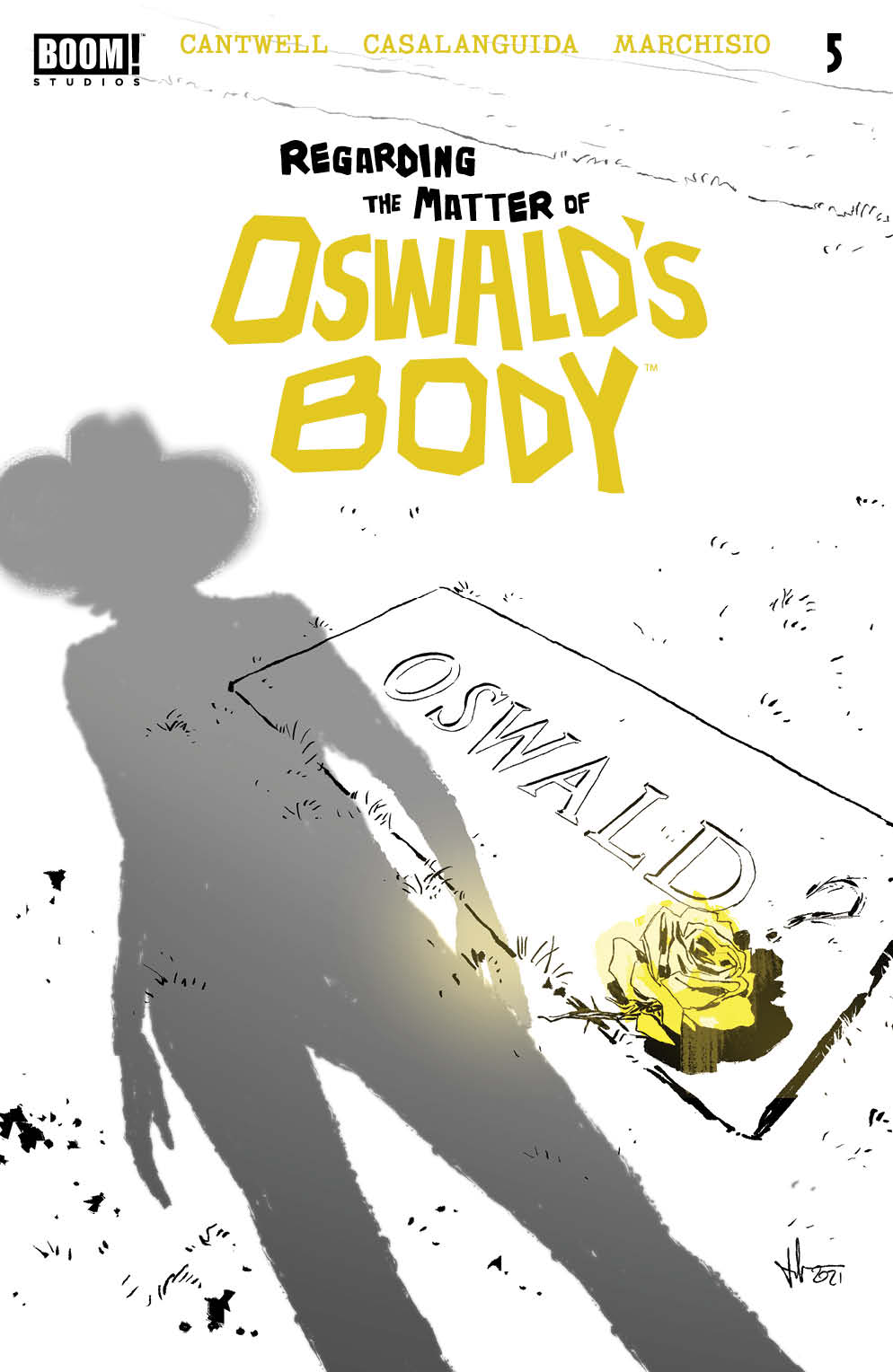 And so our time with the motley crew complicit in various parts of America’s greatest conspiracy comes to an end in Regarding the Matter of Oswald’s Body #5. Given how hectic last issue was with the crew’s decision to keep what remained of their consciousness cleared, I figured that the last issue would be a more somber reflection on the events that passed, and Christopher Cantwell delivered that exact type of introspection I was expecting and hoping for. As we jump between the second burial of Oswald in 1981 and the crew’s swan song in 1961, the story comes to a satisfying conclusion.

As Rose rallies the team to make one final confrontation against Frank, we get to see the heart of the series in full display. We get to witness the conviction of regular folks taking a stand against the omnipresent powers-to-be that played them. And they know full well that whatever happens is not going to end in their favor, but they still commit to it.

Cantwell writes some truly spectacular dialog and monologues in Regarding the Matter of Oswald’s Body #5, letting us linger with the characters’ principles one last time with a fair number of quips in between. And Casalanguida applies an appropriate amount of cinematic flair to the entire issue. By the issue’s end, it’s not quite a neat little bow, but it is a definite outcome and the messaging is clear.

Between the dynamic cast and the use of supplemental materials ranging from coffee-stained notes and newspaper clippings, Regarding the Matter of Oswald’s Body took us through an epic piece of historic fiction that will resonate for some time to come. It’s a series that asks “who are you when someone is watching” and “who are you when no one is watching” in equal measure, and it answers those questions with a distinct air and importance.

All in all, the series has been great, and I have full faith that once the collected volume is released a lot of folks will find themselves captivated by the thriller that Cantwell and Casalanguida have cultivated.