“At least she didn’t die of something unfair, like cancer or a car accident. She died like everyone else. With everyone else. Dead is the norm now. I’m the one who’s not normal.”

It’s rare that a film about the walking dead aptly explores the emotional underpinnings of the human struggle for meaning. Sometimes, even when we’re not actually alone, we still are. And sometimes, it takes an event of drastic magnitude in order to come to terms with that reality, reminding us precisely of what we have to lose if we don’t make meaning for ourselves. Dominique Rocher’s indie post-apocalyptic zombie thriller, The Night Eats the World, succeeds incredibly in doing just that, offering viewers a relatively concise, yet compact journey alongside the lone survivor of a zombie outbreak in Paris. Think I Am Legend, but less grandiose, with much less deliberately self-destructive, existential angst (sorry, Will). 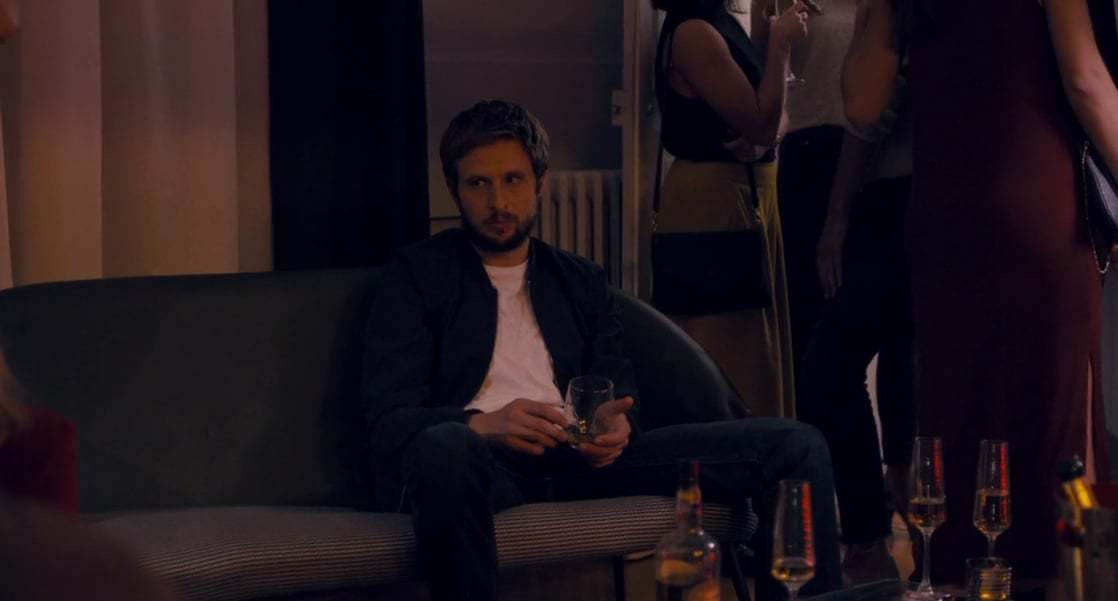 On the contrary, the protagonist of The Night Eats the World, Sam, played to understatedly stoic perfection by Anders Danielson Lie, is not presented as anyone particularly heroic or filled with machismo. He’s not trying to make sense of or fix a planet bereft of order and sanity. He’s just a regular guy; a regular guy who goes to his ex-girlfriend’s wild house party one night to pick up some of his leftover belongings and ends up sleeping through the end of the world. And before you ask, yes, this is an entirely possible scenario.

Now, if you’re anything like me, the concept of a zombie movie consisting of anything more than gratuitous blood and gore, cheap jump scares, and a ragtag group of archetypically problematic survivors doing all of the things to ensure their own untimely deaths, is farfetched at best and flat-out unbelievable at worst. But rest assured, The Night Eats the World is a refreshing play on an exhausted trope, and perhaps that’s because the Director, Dominique Rocher, gives his film the chance to breathe a bit. With a runtime of ninety-four minutes, it’s obvious within the first few scenes that the story isn’t in a rush to be told. Instead, Rocher relies on slowly panning angles and close up frames to allow the plot to unfold gradually alongside the environment in which it takes place. With the aid of some practical-yet-effective low budget movie magic, he succeeds in creating thick, dramatic tension that never quite leaves the screen once it’s been established. 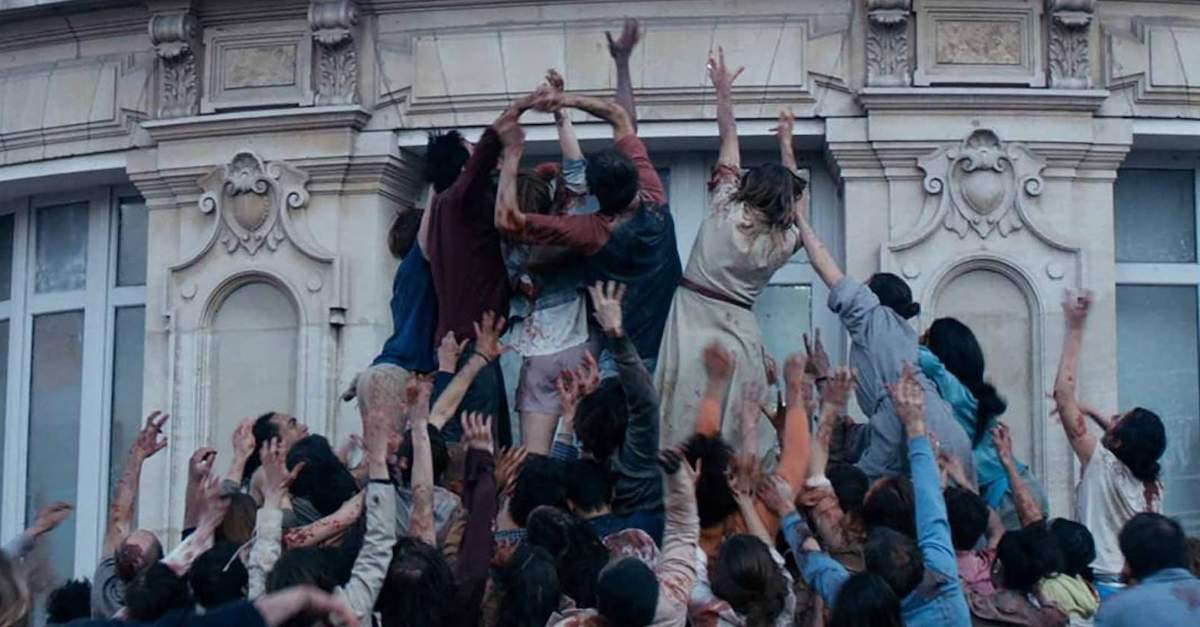 And some thick tension there is. When The Walking Dead first came to AMC, what kept the fanbase of a TV adaption from a zombie comic series so locked in for its’ first few seasons was that it wasn’t actually about zombies at all. Yeah, there were zombies abound, but viewers fell in love with the drama: the humanity, and the lack-thereof. So, life has gone to shit and the undead have taken over: What are we going to do about it? How are we going to move forward, form connections and create meaning in a world where there no longer is any? Who do we, as human beings, become when the chips are down and all bets are off? The most effective post-apocalyptic forays across any and all of cinema have leaned into similar territory, opting to leave zombies as environmental backdrops, serving solely as additional reasons for why and how folks tend to do what they do.

The Night Eats the World leans in similarly but then swerves in a different direction. It chooses to focus on the mental and emotional progression of a single man over time, isolated and forced to make meaning for nobody other than himself. From a human behavioral standpoint, the film plays as a sort of thesis on the necessity of human connection. Safety and survival are about more than just food and water; safety and survival are also about secure attachments, which are formed with caregivers beginning in childhood. While most research based around Attachment Theory has been conducted with children, the effects of prolonged psychosocial deprivation in adults supports the theory experientially. As social creatures, secure attachment is something which we crave and seek to obtain in any way we can. For many of us today, the chosen avenues are simple; friends, family, coworkers, etc. For our protagonist Sam, that avenue is an old and decrepit ghoul he affectionately names Alfred.

For a mostly solo performance which doesn’t rely too heavily on dialogue, Sam’s scenes with Alfred are effectively impactful, serving as a microscope under which Sam’s inner workings are pulled apart and analyzed in spite of his bleak isolation. It says a lot about Sam’s character that through his intentionality in creating a space in which he can safely and securely live out the rest of his days, he possessed the foresight and wherewithal to account for the need to have someone to talk to, and in some ways, care for. And that’s really the strength of this movie. We have a male protagonist who is portrayed in a feature set against the backdrop of flesh-eating monsters, who manages to effectively display a wide range of emotionally empathic behaviors, while still being no less than believable as a survival-horror-video-game-level badass.

It’s no stretch of reason, then, that the film’s female lead, Sarah, portrayed by Iranian actress Golshifteh Farahani, immediately makes herself at home upon her arrival in Sam’s fortress, though their initial meeting is somewhat complicated. The two share a subtle, yet intimate onscreen chemistry, one that is both appropriate for the story being told, and for the function that their connection serves. My only real gripes with the film are her point of entry and relative under-utilization, though both of these aspects serve to reinforce the fact that this is ultimately Sam’s story, while doing nothing to diminish the importance of her character in the process. 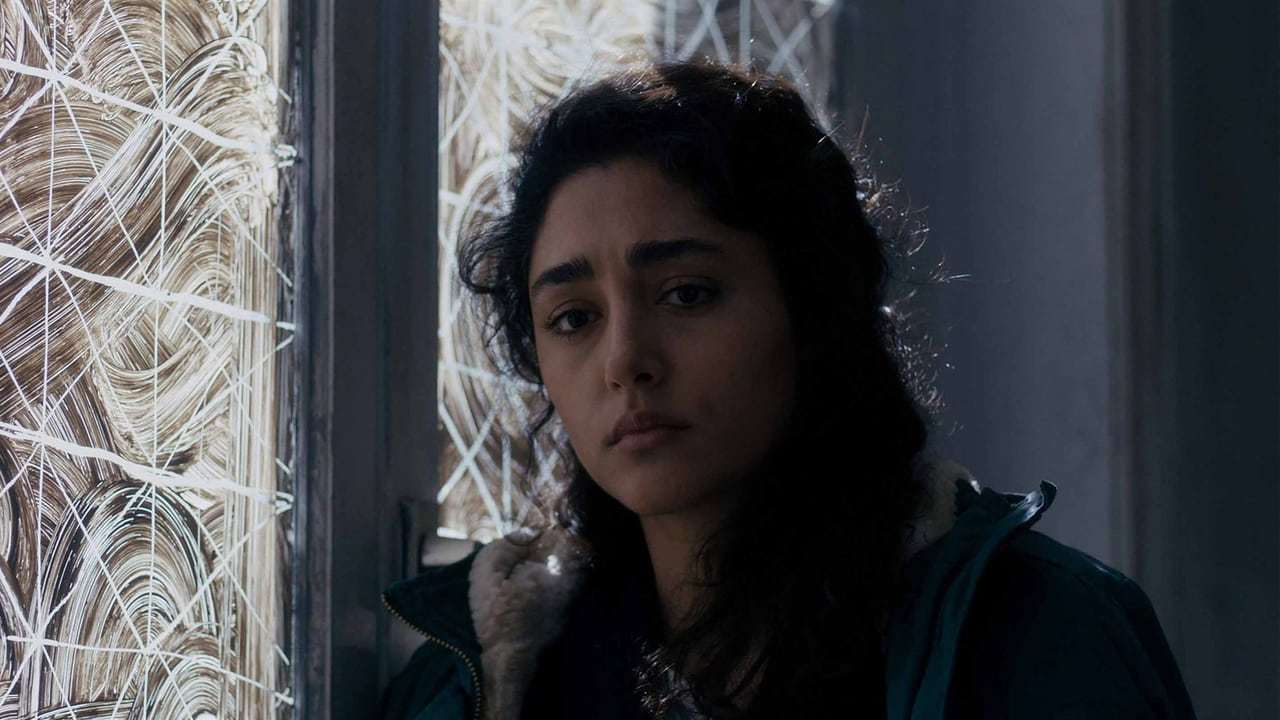 A New Take on Zombies

I’ll give it to you straight; you aren’t going to find another film quite like The Night Eats the World, independent or otherwise. Not for this budget, not with zombies, and not with this degree of tact. Watching for the first time, I was reminded of 28 Days Later, and what that movie did to revolutionize the living dead subgenre of cinema. With effective, confident pacing, and an emphasis on life as opposed to death, The Night Eats the World is a film with classic potential, though only time will tell. And the dead have all the time in the world.

“What if you’re wrong? What if there isn’t such a sanctuary? Then you would have sacrificed everything for nothing.”
“At least, I’ll have tried.”

The Night Eats The World is available for streaming from Amazon.