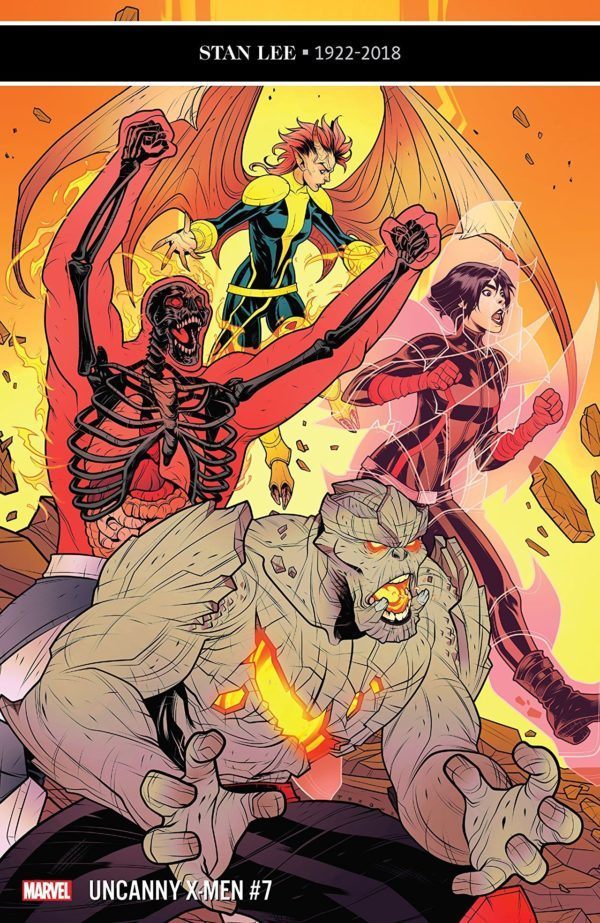 Places to avoid in the MCU: Limbo, Hel, Hell, Hank McCoy’s bathroom, Latveria,  ….and Chicago in the Age of Apocalypse.  After helping Legion locate X-Man on his island, the X-recruits are accidentally banished with Grey himself to his home reality. Months or even years may have passed since their arrival, but Nate Grey claims to have a plan to lead them home. The only thing standing in their way besides the hordes of Apocalypse are their own teammates – Pixie and Rockslide.

“Uncanny X-Men” #7 finds the younger generation of X-Men trapped in the Age of Apocalypse with no sign of life from the veterans since they arrived.  In the elapsed time since the previous issue, Nate Grey has become powerless in his home reality and the remaining X-Men have split into two factions – Armor/Glob and Pixie/Rockslide. Grey believes the only way to return to the proper reality is to find an M’Kraan crystal stored in the facility where he was created – the former lab of Sinister.  Pixie and Rockslide, on the other hand, know that if Grey returns to their reality, he will destroy the world.  They would rather take the chance to kill Grey while he is powerless rather than try to reason with him when he is near omnipotent. A brutal fight ensues where Glob uses his powers in new, explosive ways that hopefully follow him back to the other side. Just as the former friends beat each other nearly to the death, Armor is swayed to enact her own solution. 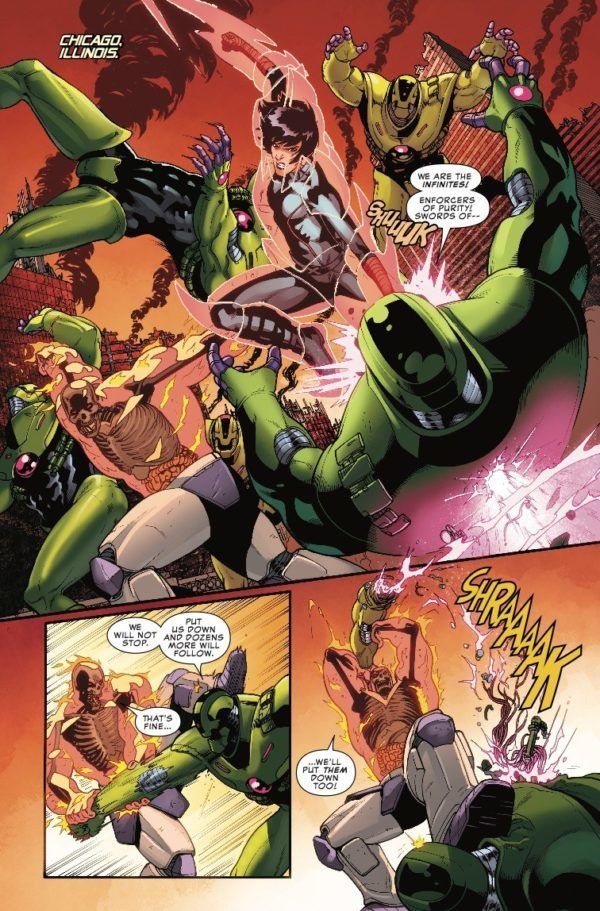 With only three issues remaining in the “Disassembled” arc, the creative team shows its prowess with the leanest, most coherent, and visceral script to date. In focusing on the ideological rift between the X-recruits, the personalities, fears, and motivations of Armor, Pixie, Rockslide, and Glob rise to the fore without being overshadowed for panel time by the veteran X-Men characters.  The writers are able to explore Glob’s sensitivity about the usefulness of his powers and Armor’s self-awareness and ambition amidst the backdrop of the worst possible scenario – a return to the Age of Apocalypse.

Similarly, artist Pere Pérez brings a renewed energy to the book compared to his previous entries.  With a smaller cast to render and crowded panels, the artist’s smooth and kinetic linework allows for greater detail in character emotions and high energy action. Pérez’s new designs for the AoA versions of the characters reflect the emotional and experiential growth of the X-recruits, presenting them as battle hardened and strong survivors.  Personally, this is the first issue where these characters really appealed to me, visually and emotionally.  In all the best ways, the first panel of Hisako laying hands on one of the Infinites – drones of Apocalypse – immediately calls back to the nostalgia of the work of Roger Cruz in X-Men Alpha.

After a sloppy start with some great scattered moments, the Uncanny X-Men relaunch sets its sights on to re-earning its flagship title status.