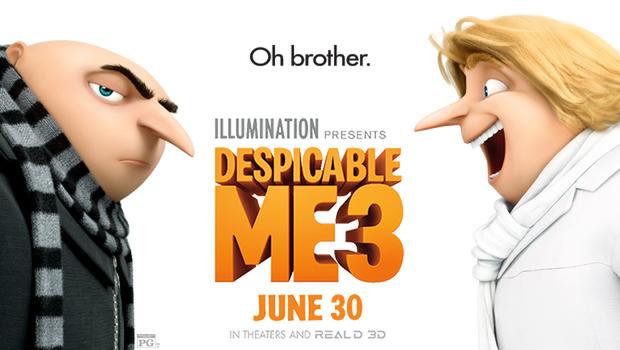 Let’s start this by saying, me and my kids wore our matching Minions underwear to see Despicable Me 3. We are the target market. And, superficially, it hit the mark. The wee people I was with liked it as evidenced by their near silence and unmovable sack-of-uselessness behavior during the film. If we’re grading the movie on that, then A+.

This third window into the life of loveable curmudgeon, and mostly-reformed villain, Gru continues exploring its familiar themes: the meaning of family, non-biological parenthood, loyalty, and (surprisingly) nature vs. nurture.

First, I want to say I’m here for any movie that highlights that families can be made in so many ways. Gru is still a doting father to his three girls: Edith, Agnes, and Margo. His fatherhood isn’t even a question. They are his girls and since the first movie my dude has been willing to risk his life for them. Lucy, however, is still trying to figure out what it means to be a (step)mom. We spent a fair amount of time in DM2 looking at what it means to be a kid who has never (to our knowledge) had a mother. And we ended that movie, of course, on the up note of Agnes reciting a poem about moms while Lucy fought back tears. 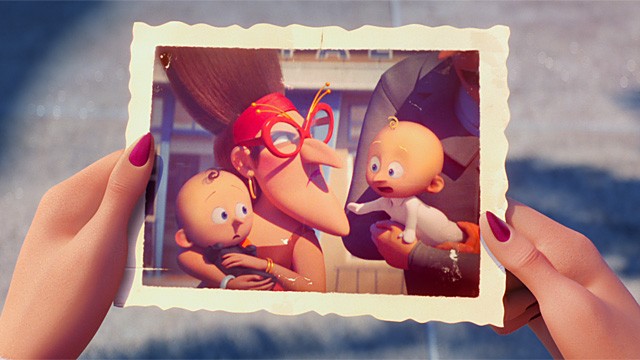 The biggest twist on family here, though, is the introduction of Dru, Gru’s long lost twin brother. Who has hair. And is (kind of) evil. And has hair. Dru’s desire to be as evil as Gru once was helps drive the plot as the brothers engage with Balthazar Bratt, the big bad in this installment. This child star turned adult villain brings humor and the necessary evil that Gru and Lucy must fight against. But so much more importantly, he’s the reason/excuse for the soundtrack to be sprinkled with that 80s goodness.

What I would’ve liked more of from this movie was attention to plot detail. Yes, I know it’s a kids’ movie, but let’s be honest: I’m going to end up watching it probably 50 more times once the DVD comes out. Dr. Nefario is conveniently sidelined without much explanation—but with nerd reference as a consolation prize. We don’t get closure on what happens to the Bratt at the end. He’s a villain, so we assume he’s defeated. But maybe he’s dead? Or maybe he escapes? There are a few other minor characters who don’t have their plot points resolved, but we are left to assume everything worked out okay because of the genre. 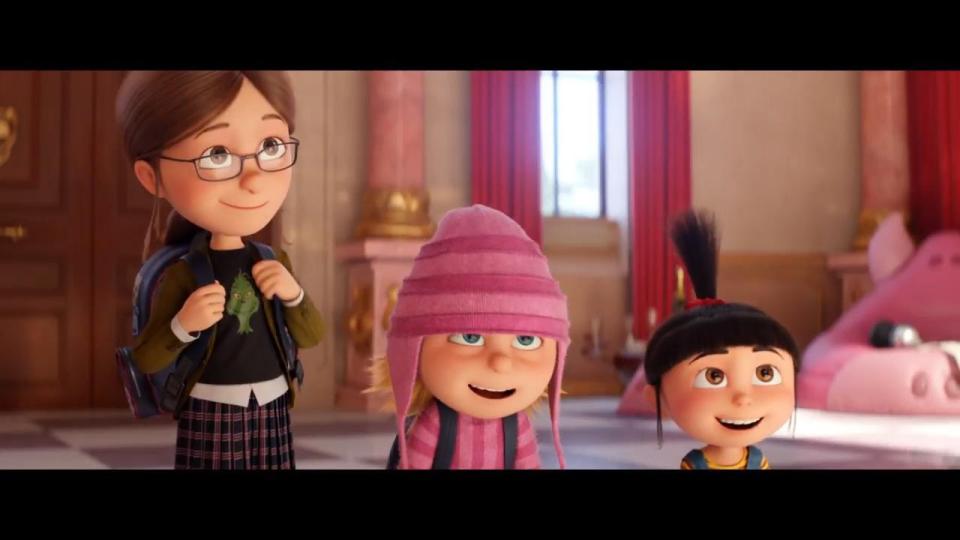 What this movie did absolutely right was juggle storylines. We get Gru and Dru figuring out who they are as brothers and what that means. We get Agnes searching for mythical creatures. The minions are in these streets doing their own thing. Lucy is, as I said, working out the dynamics of being in a blended family. And we, of course, have the good vs. evil that leads the entire franchise.

Overall, this is a fun movie in a fun series. They definitely left the door open for a fourth movie and I’ll definitely go see it when it comes out.

7.5 Made Up Languages Spoken by Pre-historic Aliens(?) Whose
Only Desire is to Serve Evil out of 10