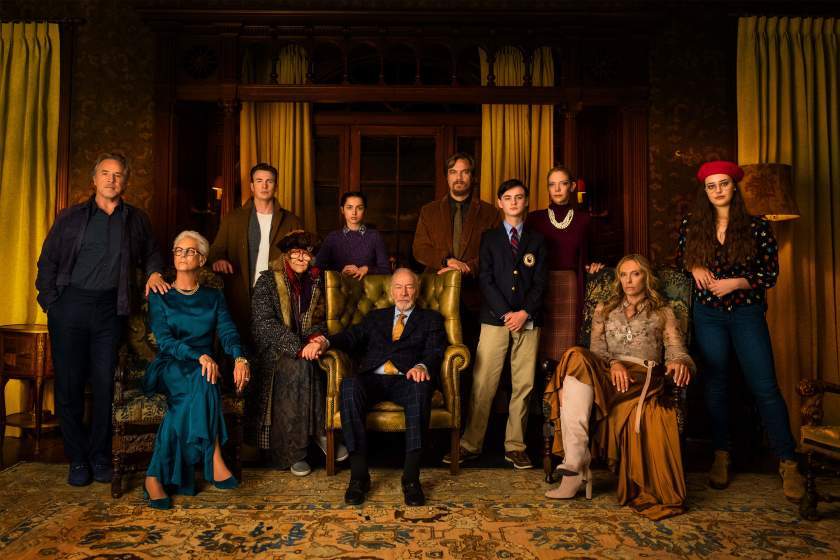 It’s not often that audiences have a must-see murder mystery on our hands, and even rarer that Hollywood offers one that pays homage to its tropes while so cleverly subverting them. This Thanksgiving, I’m grateful for Rian Johnson’s Knives Out, which gives us both.

The last whodunnit I reviewed was the last one I saw – a remake of the long-retold Murder on the Orient Express – which is likely the last murder mystery you can recall being in a theater near you. Why that film failed to satisfy, as most do, is that underneath the twists and turns there is little new, and even less to say. With its ensemble cast, deadpan humor, and deep familiarity of the longstanding and tired genre, Knives Out refreshes the Agatha Christie-esque plot turns by respectfully leaning into them. It’s just enough to point out their silliness without being too often silly, and with an undercurrent of manipulative, wealthy white people being undone by their own greed, Knives Out is a thoughtfully witty piece of class warfare. 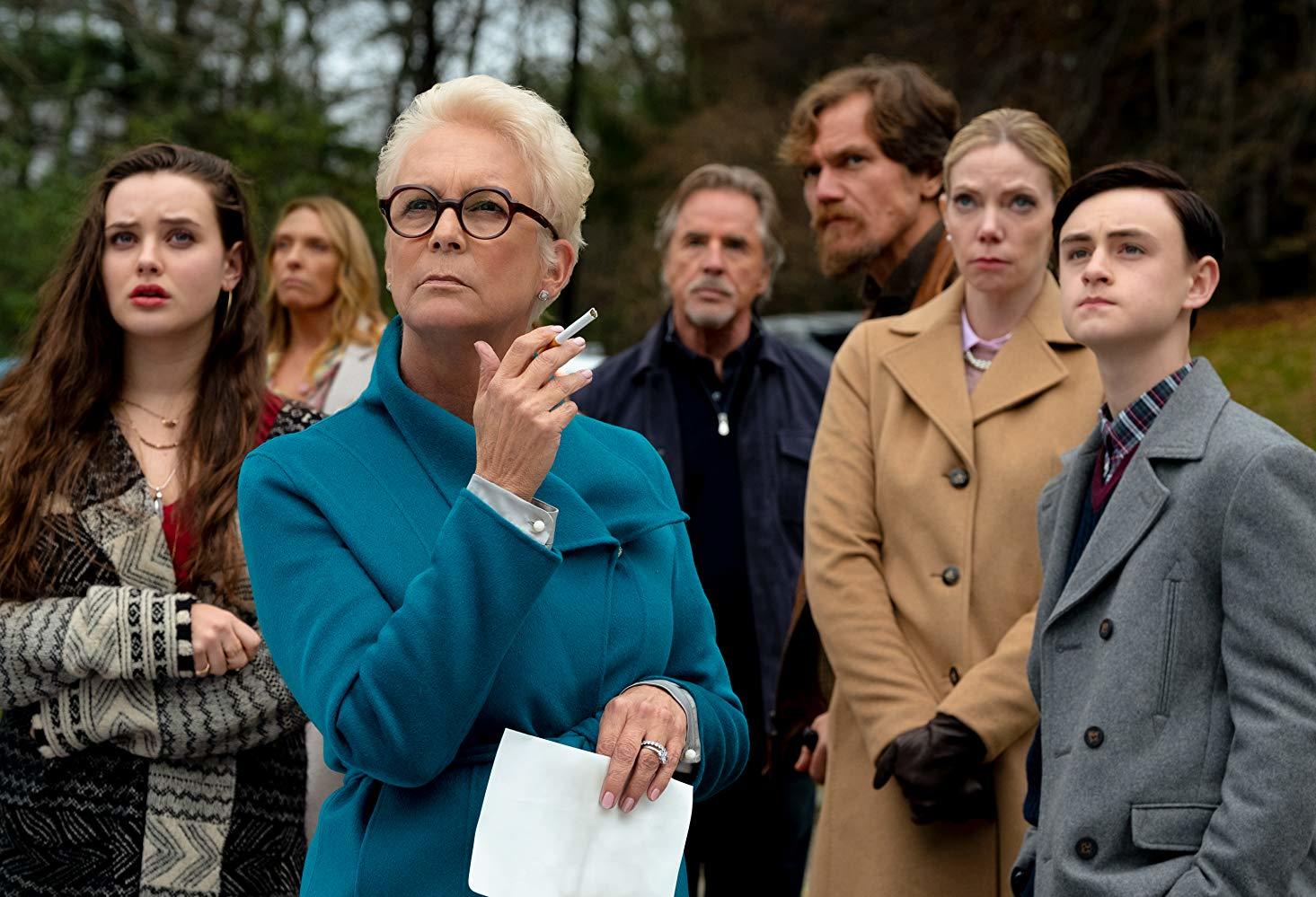 Our mystery is based on the apparent suicide of famed and wealthy writer, Harlan Thrombey (Christopher Plummer), who lives in a large Victorian-style mansion where he was surrounded by his family. That family, led by a sharp Jamie Lee Curtis as his daughter Linda, is tied to Harlan Thrombey’s wealth in ways that give each of them motivation to murder him. Tasked with deciphering those motives and untangling their web of lies are Detective Troy Archer (Lakeith Stanfield) and Benoit Blanc, a shrewd World’s Greatest Detective-type played by Daniel Craig in hysterical fashion. Blanc is hired by a source so mysterious that even he isn’t aware of who benefits from his sleuthing, and he will repeatedly tell in a Foghorn Leghorn southern accent.

The film’s heart rests in the deceased Harlan Thrombey’s personal nurse, Marta, played brilliantly by Cuban actress Ana de Armas as the only person with a genuine relationship with the man and someone who has little to gain from his wealth if he were to pass away. Marta’s closeness with Harlan makes her an unwilling pawn in a Game of Thrones, with greedy family members assuring her that they always considered her family – the implicit suggestion being that they’ll be sure to take care of her if she only plays her cards the way that they want. 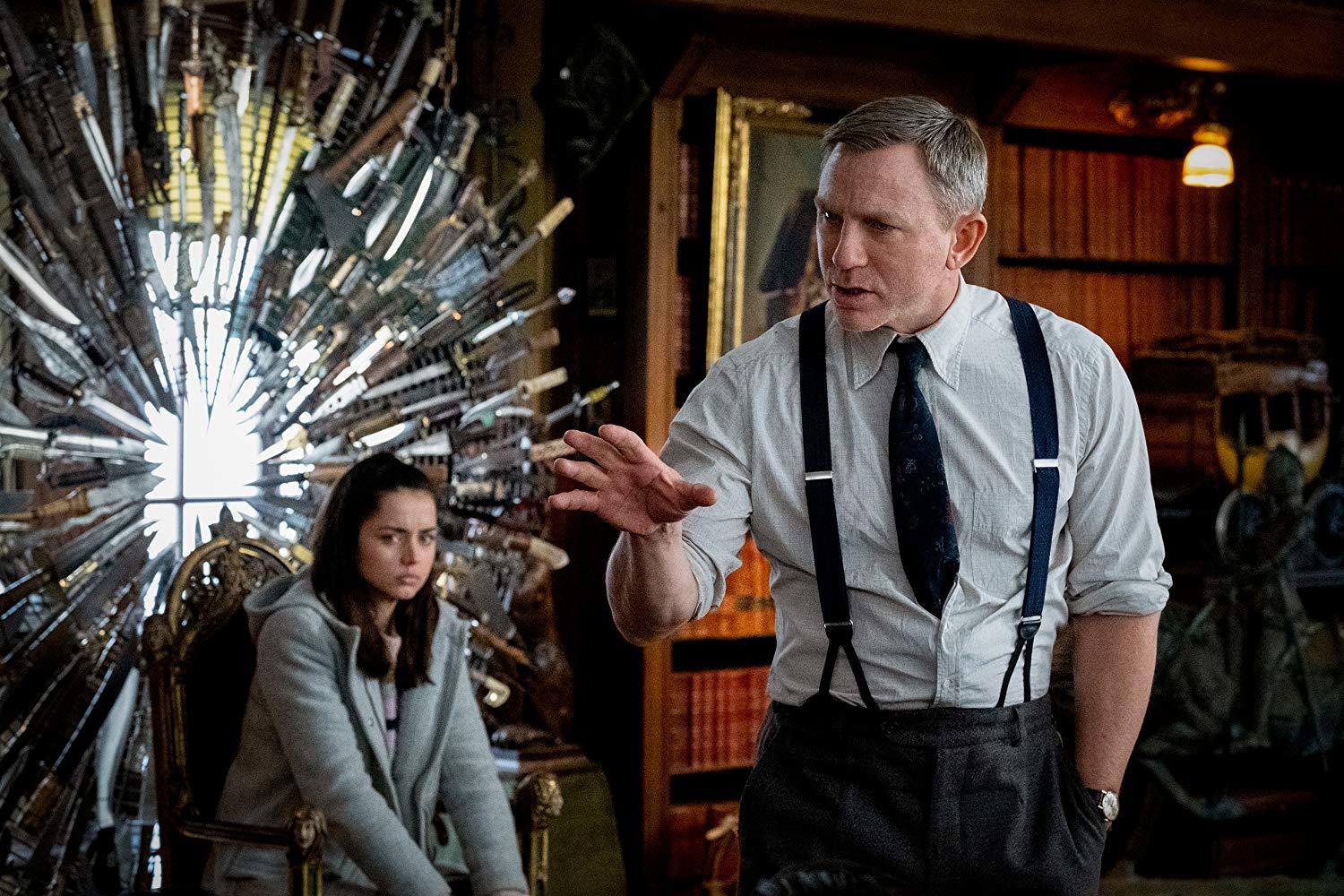 It’s these moments between Marta and the Thrombey family that give Knives Out the emotion and message that make the film a resonant must-see. If you recall the scene from Get Out where Chris meets a family that goes a little too far in reassuring their liberal values, you can draw a parallel between the racial pandering of the Armitage family to their daughter’s Black guest, and the class pandering that Marta faces with each interaction of manipulative greed mongers hoping to convince her that they’re anything but. Knives Out shows the rich as gluttonous, insensitive, and woefully blinded to the characteristics that set them below a decent moral standard.

Laughs are distributed throughout the cast in the way that makes it difficult to find your favorite portrayal or moment, ranging from Linda’s short-fuse temper and cutting tongue, to Ransom (Chris Evans) and his will-be-famous knitwear (Chris Evans sweaters will soon take the role of his beard from Avengers: Infinity War in taking on personas of their own). Add to that the delight of having the ensemble cast run free to be crazy rich white people, and you have a great movie on your hands that’s perfect for a family adventure to the theater over the holidays. 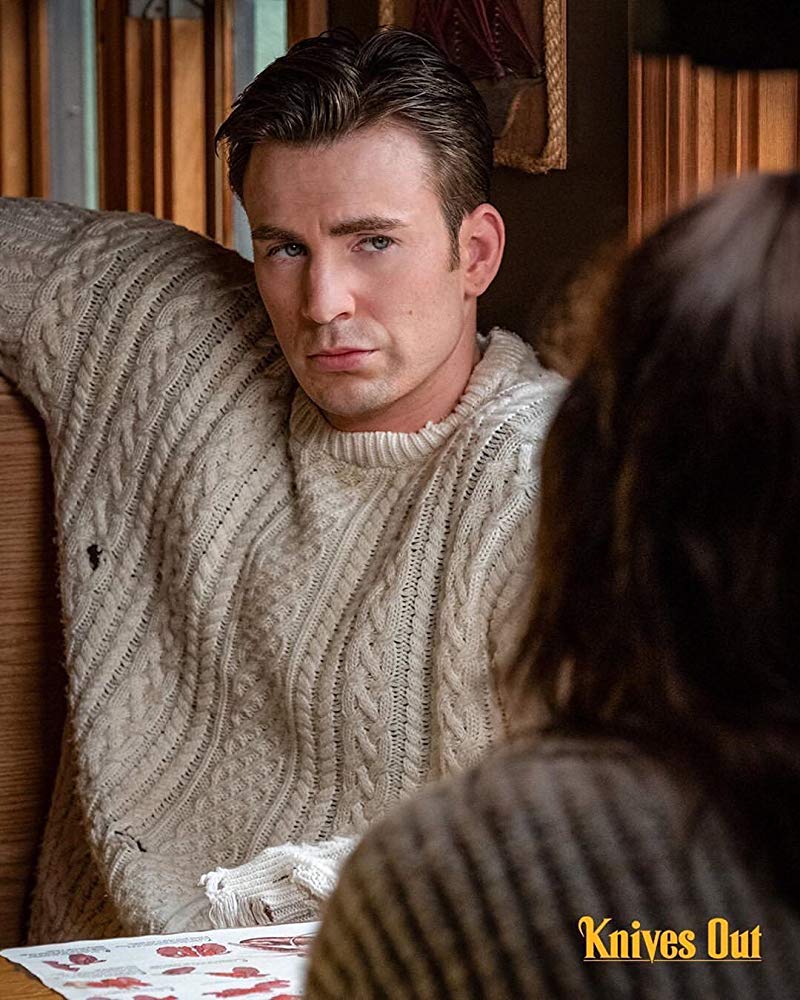 Twists and turns that are unpredictable, and without being too ridiculous – that is, until the moment of discovery that tips the cup into a full spill, culminating in a trademark brain dump of exposition that explains the mystery. Even this is done self-knowingly and cleverly done, having given enough clues for the audience to have guessed the mystery but so outlandish that it’s unlikely for many to have done so.

Overall, where mysteries often turn audience into detectives in a game they can rarely win, Knives Out is a success whether you solve the mystery or not. Solving the mystery is one of the least important matters of Knives Out, not nearly as fun as the ride itself. And there’s a lot of fun to be had.