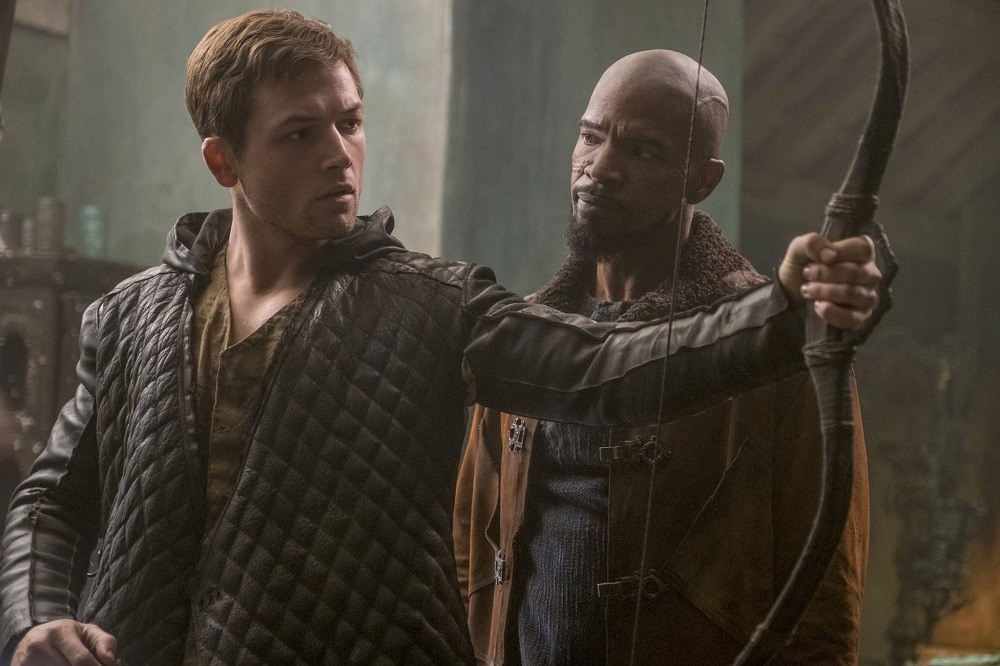 Another One: A Robin Hood Movie Review

Did you know that when you type ‘Robin Hood’ into the Internet Movie Database (IMDB) search engine, seventy entries pop up? Seventy. Seven, zero. This year’s Robin Hood is the 70th of its’ name, but it actually does a few things different.

This is most definitely a very modern take on the legend, infused with the undeniable politics of the present day. This joint should’ve been called Eggsy Hood, because Bast bless Taron Egerton, but it seems like he’s always in some version of Kingsman.

Aight, so boom: this iteration of Robin Hood is focused mostly on your boy Robin of Locksley and his understanding of class privilege (Robin Hood learns the power of allyhood!). We get all the follow through from previous iterations of Robin Hood lore, but now we get some more juicy details. We know Robin gets sent to war in the Arab nations on behalf of England to fight Muslims in the Crusades, been there and done that. Now we know it’s a conspiracy from on high because the Locksley family were cool with the poor people of Nottingham. We know that there’s been a Black guy added to the legend for some time, but now we know he’s a Moor who practices Islam working on halting the war engine in England.

The legend of Robin Hood was always anti-establishment, and this movie goes hard in the paint on that front. Ben Mendelsohn’s Sheriff of Nottingham says at least three elitist quotes that I swear 45th said on Twitter in the last year. Also, when will Ben Mendelsohn play another character? This dude has officially played the same person in three different time periods (The Sheriff, Roland Daggett, and Director Krenic). That said, he’s good at being someone all audiences can hate. 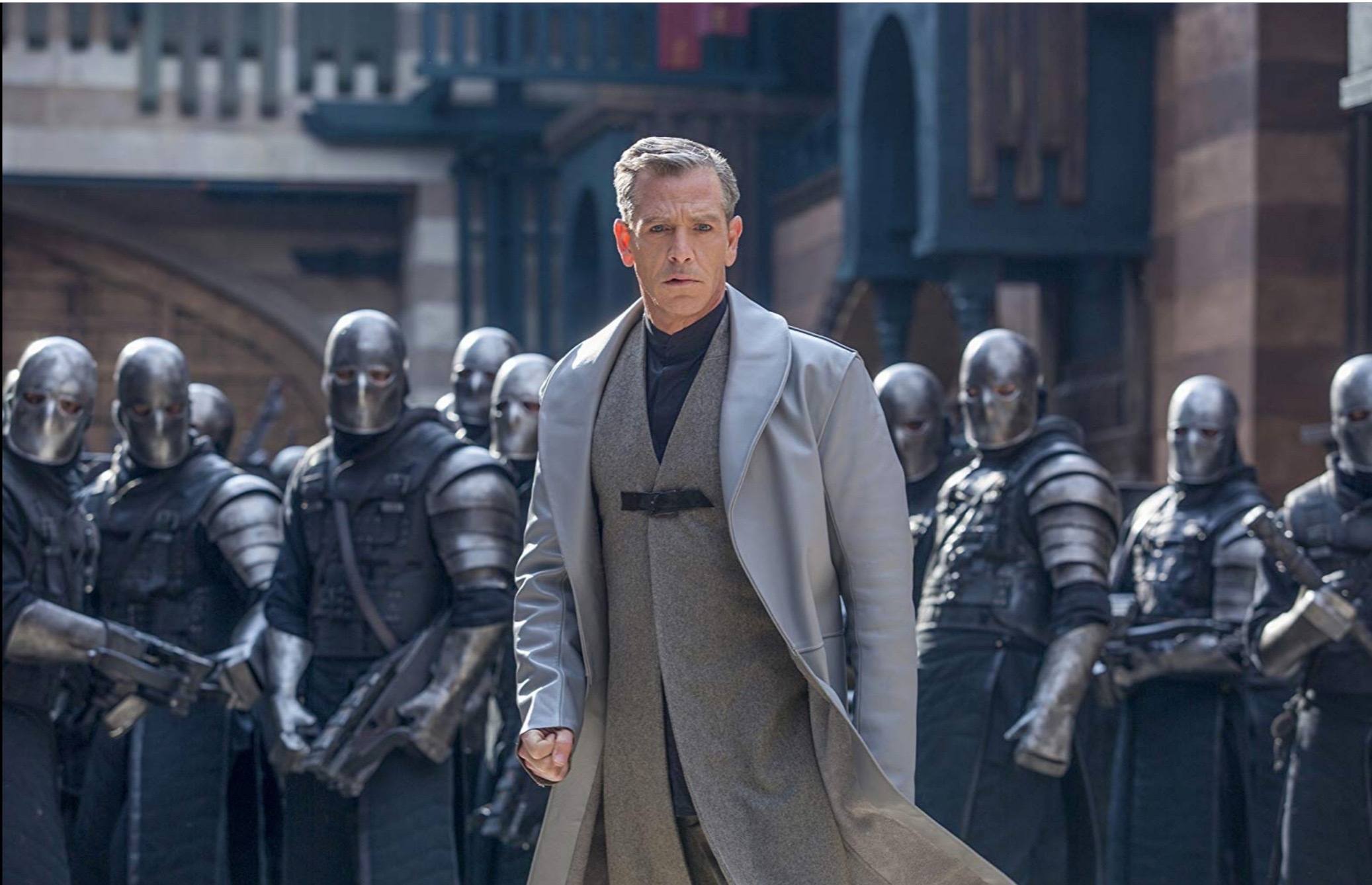 At length, we really get a fist full of class struggles facing the blue collar folks of Nottingham. Robin gets drafted then evicted, the townspeople get they whole hood gentrified – it’s very ‘matter of fact’. So much in fact, by the time we get to the last conflict of the movie, there’s a full-on uprising that looks like it borrowed the bandanas and riot police from Baltimore in 2015. Don’t let that fool you, a lot of what goes down is still very, very liberal white lensed. The ending credits are like if the Sex Pistols made a Prezi explaining anarchy. So much of the imagery and conversations around labor, housing, and human rights were at the forefront of the movie. I noticed it, which means it’ll be heavy-handed for some. Either way, it was a cool addition to terrain many times traversed.

Director Otto Bathurst delivers a good looking movie that combines the visual grittiness of Ridley Scott’s Robin Hood (2010) with Russell Crowe singing off-key in extreme close-ups (that was Les Miserables, my bad) with the choreography and general British-ness of the Guy Ritchie King Arthur vehicle. Most of the second half of the movie takes on the aesthetic of a Sex Pistols music video, complete with DIY bandanas and medieval riot police. This goes all the way through to the title credits sequence.

The action scenes are dope and at no point do they take away from where the story goes. It’s really the saving grace of the movie, there’s action from start to finish. Taron Egerton is damn near the real-life Oliver Queen in this one. I saw some behind the scenes footage with Taron doing with his two hands what the CW uses CGI to make Stephen Amell “do” on Arrow. This dude was holding four arrows at once and just bucking those thangs off in like three seconds! Robin Hood was moving through enemy territory looking like John Wick by the end of that montage.

My issue with the movie is that the whole thing is super predictable – despite exploring new ground in fleshing out Robin’s character. You know Robin doesn’t die, you know he’s going to get with Marion in the end. You know the Sheriff is desperately, but unknowingly, seeking that “L”. You know every red shirt in the town of Nottingham is catching the fade from that bow and arrow. You know that Friar Tuck is going to sneak the homies into the evil lair somehow. You know there’s going to be an archery montage with at least one no-look shot.

With all that out in the open, I’ve got to say, Otto Bathurst did manage to sneak a few things in there. Several small twists (and one big twist) that I didn’t see coming. The new wrinkles made a whole bunch of sense and also sets this movie up to become a franchise with at least two sequels that can come from all this.

The costumes were modernized and not period piece perfect at all (Robin wears a diamond-stitched hoodie off the clearance rack at H&M). The sets were grounded in practicality; the movie was actually pretty immersive when you get past the problematic elements. Like how Marion was reduced to the romantic interest between two guys who were nowhere near as smart as she was. Like the pain of watching chained up black bodies beg for their lives to avoid execution by European sociopaths. Or how Marion was the only realized (not fully) female identified character (“what’s the Bechdel test?”). 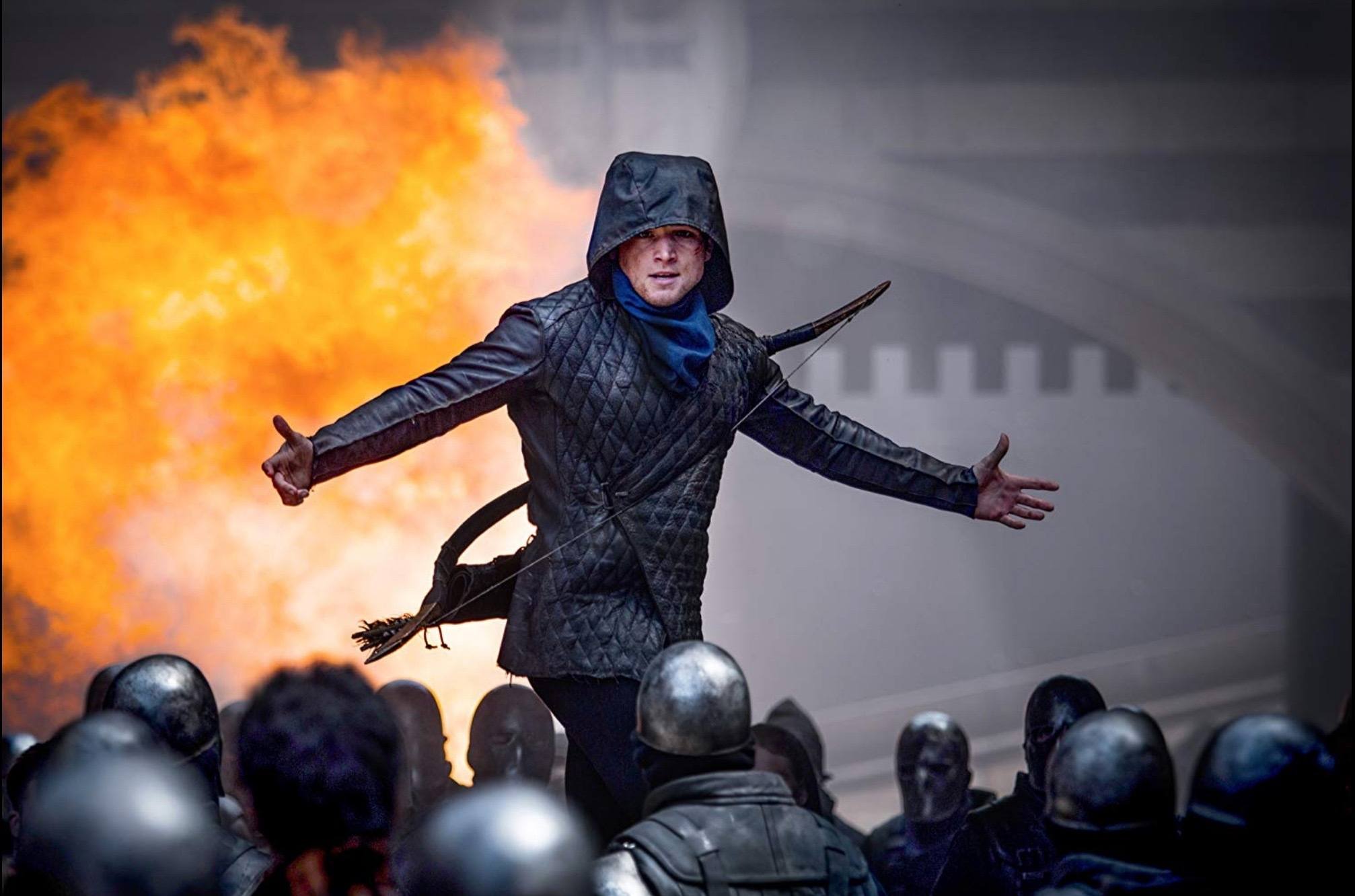 All in all, a shallow take on deepening the mythos of Robin Hood that the youth of this generation can understand and see themselves reflected in. The faults are outweighed by the attempt to do something new. By no means is this an amazing film, but in the age of overbudgeted, star-studded animated movies – Otto Bathurst’s Robin Hood is an okay movie that harkens back to when character and conflict made a story; albeit light on the depth necessary to validate the subject matter it chooses to invoke. Think of it as Diet Ferguson or Baltimore Light, all of the Google images and none of the substance.