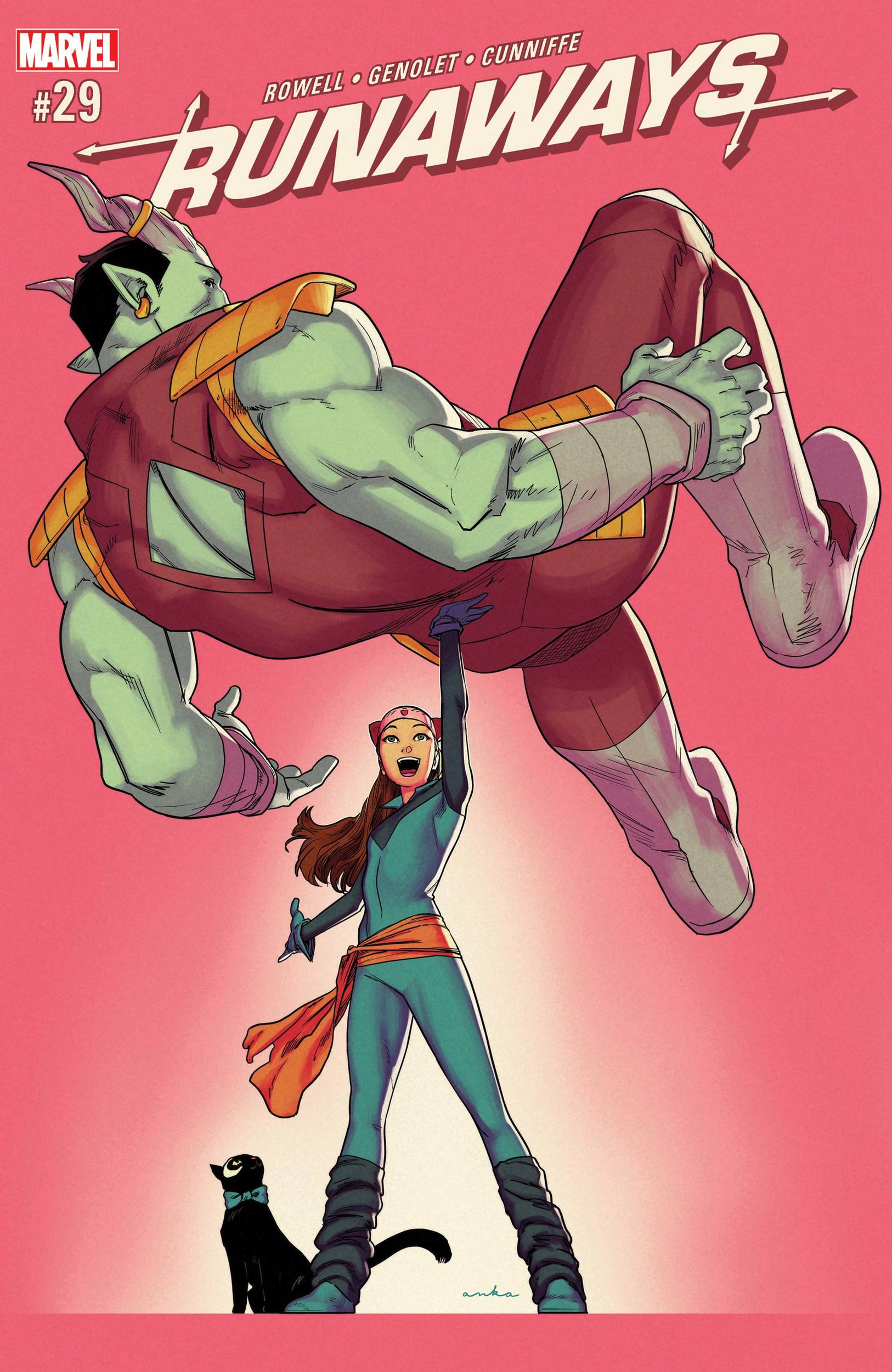 This was an interesting issue of Runaways, but not one that I found particularly gravitating. I’ve been waiting for Gert to finally have her “aha!” moment. Though this one had the makings of just that, it fell short of my lofty expectations.

Rainbow Rowell will always be at or near the top of my list of comic book writers who have a firm grasp of writing proper relationship dynamics. While this fact cannot be denied, sometimes that’s just not enough, which is where I found myself after turning the final page. It was the Gert and Matthew show majority of this somewhat forgettable issue. Team was out getting all the Cali girls to Instagram #GunArmIsBae and gobbling up the local LA hero shine, while our forgotten girl has been combating all the feelings of uselessness and a lack of self-worth. It was only made worse when Old Lace reminded her that she transferred over her telepathic link to Chase, leaving her one pseudo superpower non-existent. 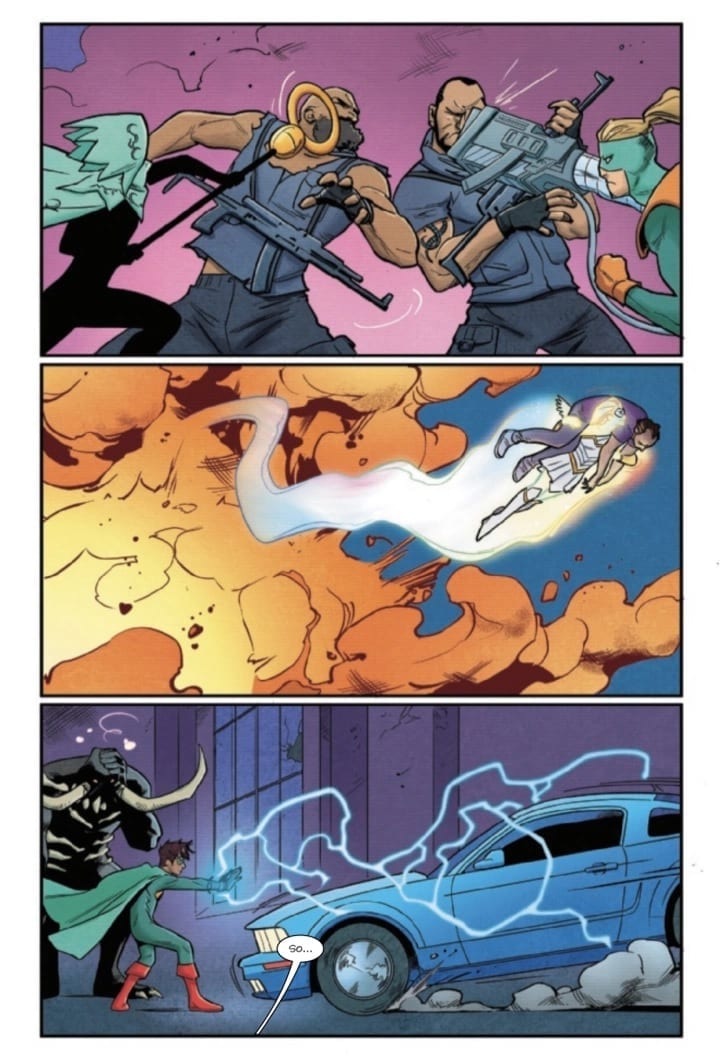 As soon as Doc receives another emergency call, each Runaway bolts for the door, leaving Matthew and Gert to take a walk down J-Team memory lane. This could’ve filled her with pride and a sense of purpose. This could’ve emboldened her onto a path that would see her become the Alfred or Bosley of the Runaways but instead she recoils at every new J-Team iteration. A flashy new team signals the death of another team member and that’s nothing she can get behind. It’s an understandable position, considering she is the only one that has actually felt the bottomless pit known as the deep sleep. Being that this has been the only life he has known for decades, one could also see where a hurt Matthew is coming from.

Although I didn’t care for much of this issue, it certainly sets up the backstory of the J-Team as they draw closer to more appearances across the Marvel universe. Andres Genolet is still doin the Lawds work, depicting our Runaways in old J-Team gear, flexxing in their gym and spar sessions, as well as showing us a beautiful look at Gert’s fears manifesting in real time. I did appreciate Rowell’s subtle hint at a less-than-perfect Doc Justice. We shall see what this need for a Reality Show and his Karolina comments amount to, but it aint looking good!

6 Dead Blonde Princesses out of 10