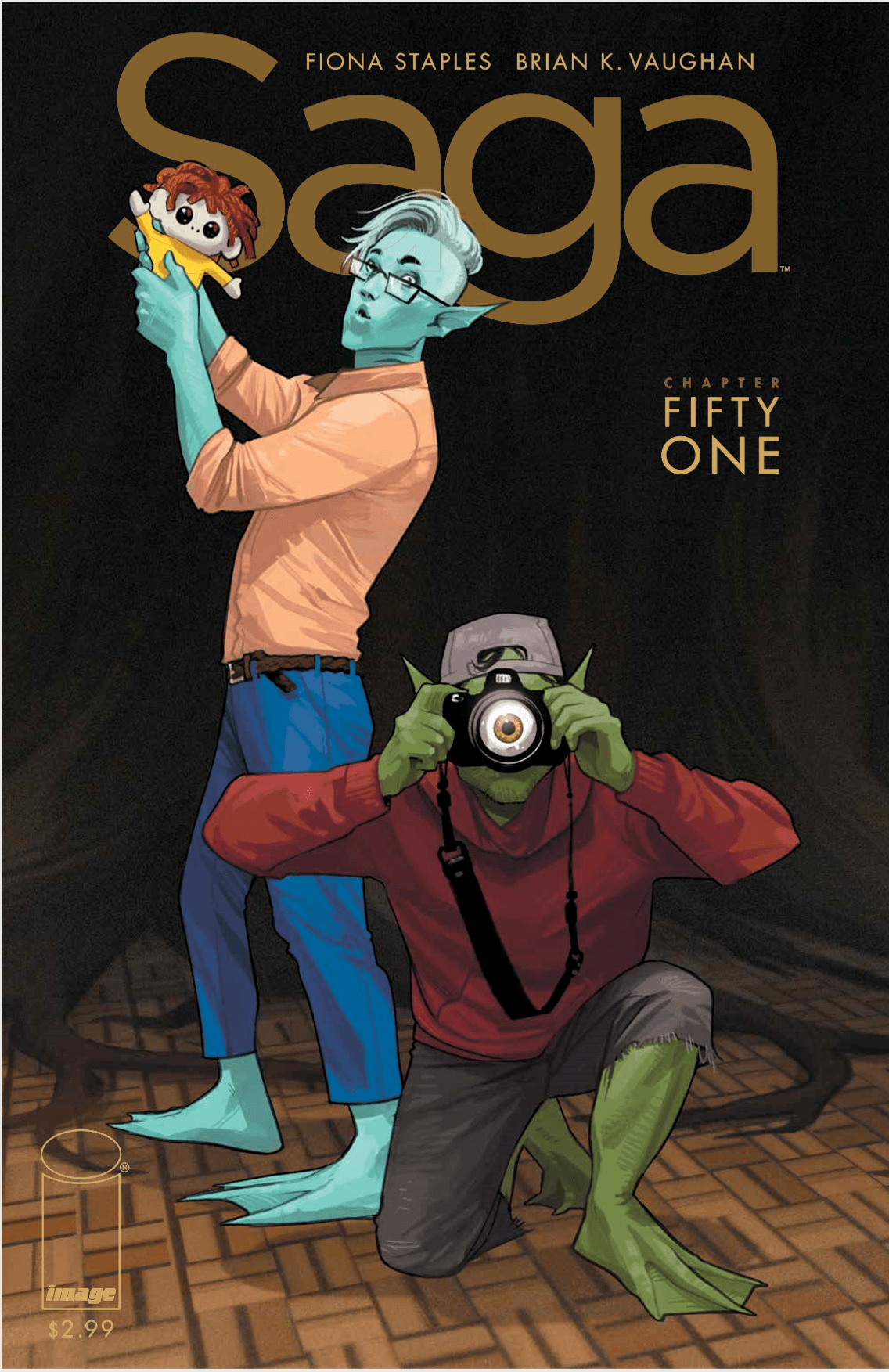 After the shock and awe-some nature of last month’s milestone issue, Saga #51 almost feels like a much-needed reprieve. Though, I will stress the word “almost” when I say that. Even in the calm moments of the series, Vaughan and Staples are constantly evoking familiar moments from both childhood and adulthood, and these vignettes of the different characters just tug at your heartstrings.

Perhaps the greatest feat that Vaughan and Staples have achieved is that they have used the unique attributes of the comic book medium and made an utterly bizarre, alien world relatable on such a fundamental level. The opening sequence of Saga #51 features Sir Robot attempting to comfort Squire after a nightmare. What follows is a solemn conversation where a robot son attempts to make sense of the cold and unforgiving world he inhabits, and a robot father attempts to protect his robot son from the harsh realities of the universe, not knowing the exact way to approach. Each panel deftly captures a particular moment of time so perfectly. There is a quiet intensity that underscores the entire sequence that stays with you even as we transition to happier times. 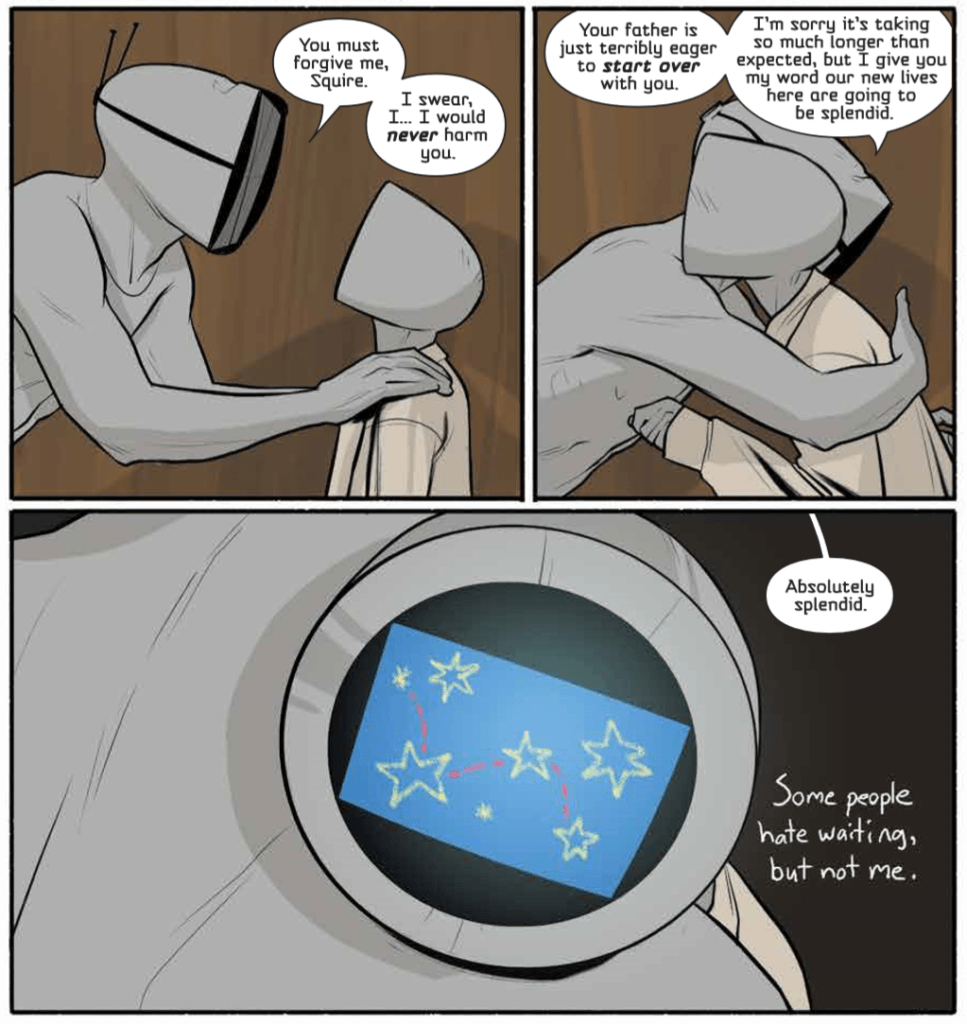 I will also call out Fonografiks’ lettering as a standout characteristic of the series, as Hazel’s scraggily handwritten narration lends a certain authenticity to the retelling of the story and manages to capture a certain air of wisdom whenever it pops up on the page.

The rest of Saga #51 continues the multiple plots from the current arc. Hazel continues learning how to balance responsibility and adolescent freedom. Marco and Alana get to have moments to themselves to ponder about the journey they’ve taken. And actions are taken that make me very stressed out about what’s going to happen next.

I honestly wouldn’t have it any other way. This continues to be the comic I put at the top of my pull every week.