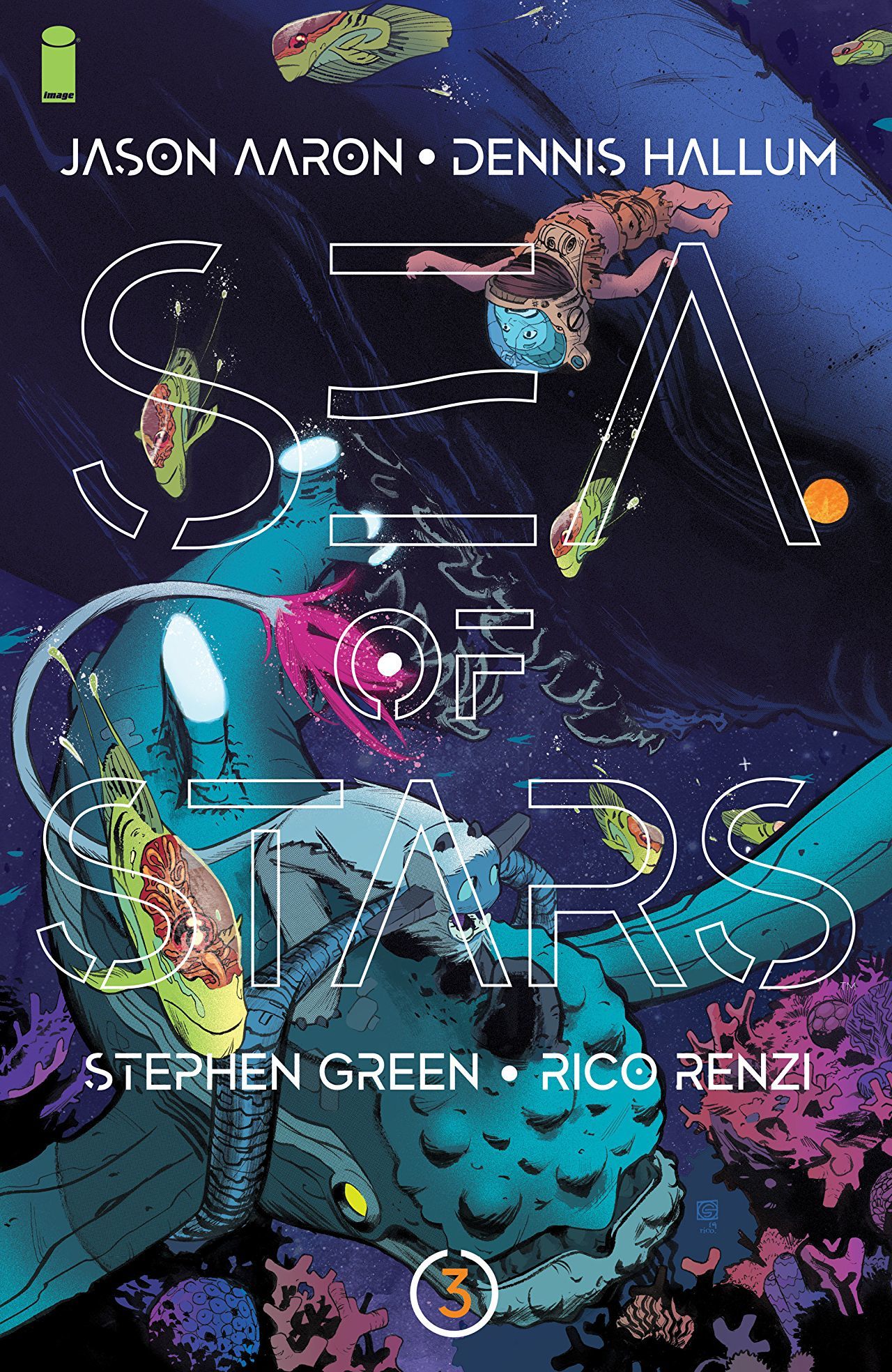 Sea of Stars continues its wonderful exploration into the mysteries of the universe through two very different journeys. There is an excellent balance in storytelling this issue as Jason Aaron and Dennis Hallum devote equal time to both Gil Starx and his son Kadyn. Seeing both of their journeys gives readers two examples of how cruel and how breathtaking space can be, especially when you don’t know what’s around the corner.

Gil’s journey remains about the same as it was during the last issue. The struggle to survive is real, with the hope of finding Kadyn being the only thing keeping him going. And boy does Gil have it hard. Between a ship that actively wants to kill him for trespassing and limited supplies barely keeping him alive, it seems like the universe is actively throwing everything it has at him. Some of his troubles are played in a comedic tone but when you take a step back and really look at all the crazy shit happening to him, it’s quite horrifying.

His dire situation makes for some great character work as well. We see more of his view on his relationship with Kadyn and learn more about his insecurities as a father. You can see that Gil is doing his best, but his recent stroke of bad luck actively puts him in a state of self-doubt and blame. Aaron and Hallum do a great job at conveying that Gil feels like his situation is some kind of penance for being a distant father. 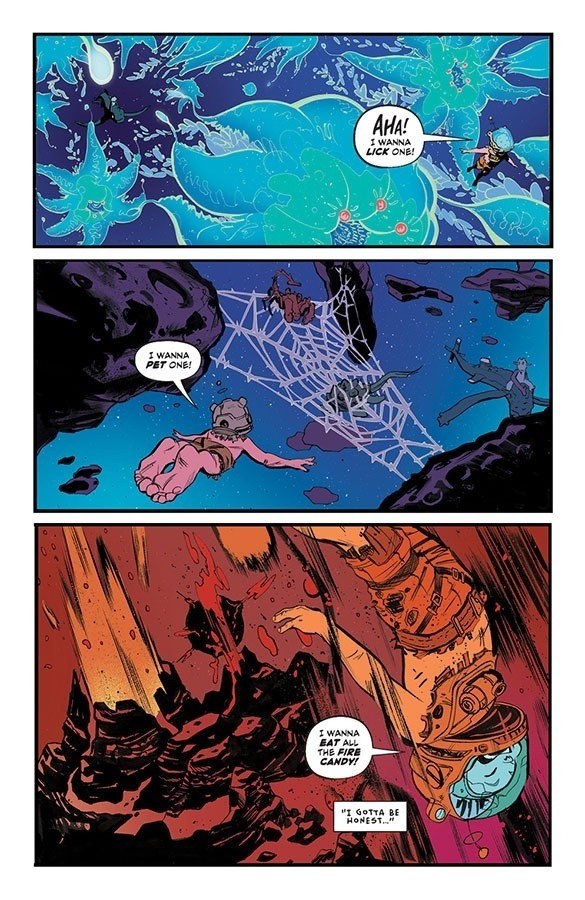 On the other side of the universe, Kaydn is having the complete opposite experience. I guess newfound powers and space immortality would do that to you. Kadyn is as frustrating as he was in the first issue, with an attitude that is somewhat selfish and inconsiderate of those around him. However, there is an obvious sadness behind him embracing his newfound powers and desire to keep endlessly swimming through the cosmos and discover everything it has to offer. His actions are that of a child and someone separated from the only family he has left in the world. It’s understandable that he would cope by just having fun, no matter the consequences.

The best part of both of these journeys is the art. Stephen Green make space feel more alive than with all of the different types of creatures and wildlife that inhabit it. And a special shout out to colorist Rico Renzi, whose colors look stunning and vibrant on each and every single page. The visual team for this book does a fantastic job and Sea of Stars feels like you’re wandering through an endless aquarium of awe. The unknown of it all makes a fun read with only three issues in.