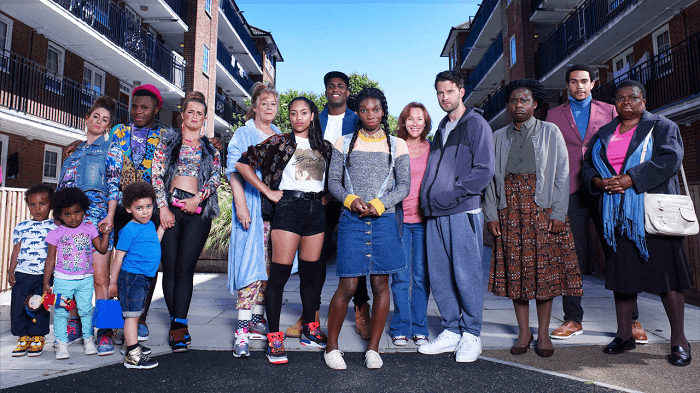 We finally got a United States release date for season two of Chewing Gum, straight to Netflix, but the Black Nerd Problems staff had to reflect on the hilarious insanity of Season One first. Spoilers, all of them, ahead.

William: Izetta, where do we even start with this show except to say, I don’t know that I’ve been caught off guard by a show like this in a really long time and I’m overjoyed how I never really knew where the story was going until it got there.

Izetta: I don’t even know how I stumbled upon it. Netflix threw it in my face. I saw a Black girl and I love me some Britcoms so I jumped in feet first and dude…. I was not ready! I’d love to say that I found it refreshing, but that’s not an adequate description of this shit.

William: I mean, first things first, Michaela Cole, the writer and starring actress of this series is a legit genius. And she is, for American audiences anyway, coming out of nowhere. But yeah, Netflix threw it in my face too, but I didn’t venture in until I saw you raving about it. But speaking of throwing it in your face, can we talk about how I’m not sure I’ve ever seen “awkward sexual ambition” shows or movies this funny? With Black folk at the center of it anyway. I found myself rooting for Tracey to have a good sexual experience, which honestly is something I’ve never ever thought of before watching a TV show.

Izetta: I was team #getsomeTracey, too! No, I’ve never seen Black folk at the center of anything like this. I’ve watched American Pie, The 40 Year Old Virgin, and many other romcoms like them, but this shit takes the cake. Okay…. now that we have the premise out there, awkward adult aged woman trying to get her first piece, can we talk about religion? Her mom was straight up condemning folks in the apartment square, yo! Before Tracey was straddling any dude, I know her sister was calling her a fence straddler. Sis was praying to Jesus AND Yonce! Black folks, religion, pop culture and sex got some history like no other.

William: The praying to Yonce was peak laughs for me. Your girl was out there trying anything to get some. She was throwing her virginity like Thor throws Mjölnir and nobody wanted to catch that for a while. But again, I love how this show turns left. When her sister started surfing the webcams for her own sexual awakening and basically signed up for the suicide watch. I was like ok Cynthia, get your sex positiv– ok, this was a mistake, abort mission, get out Cynthia! Get Out!

William: Like yo, I think we’ve all accepted some less than optimal settings when we wanted some intimate time with our partner, but gotdamn. After looking at everything going on, I might have caught that Erykah Badu “Maybe I’ll see you next lifetime” chorus.

Also…can we talk about the wet dreams that result in violent nose bleeds. I ain’t never heard any shit like that in my life. Especially since it’s always Jay-Z in her dreams.

Izetta: I’m scared to tackle that. Like, I have no idea what to think about that! Her Jay/Bey obsession is the surrealist shit I’ve ever seen. But, how do you keep trying to get your freak on with a bloody nose? I mean, they’re Fight Club bloody. Is her blood pressure rising so high at the thought of Jay-Z, sex, or sex with Jay-Z that her hormones expel through her nose? Is it because she really wants Jay or that she’ll become his new bae, thus becoming Bey herself?

We need Sigmund Freud for this one. Stat.

William: Speaking of some shit that needs deeper analysis, I still think episode 5, “The Last Supper” was just overall brilliant. BRILLIANT. The appearance of Boy Tracy, all the fun they were having. THE HARD LEFT TURN. And then of course, everything that happened at dinner. I was too through. About twice over. One of the funniest half hours of anything I’ve watched in a while.

William: She was poppin’ them chocolates like they were Cheetos fam. I was like damn, she ain’t slowing down no time soon. Of course, the last episode with the supposed wedding was just as insane as the five episodes before it. Just utter lunacy.

So what now Izetta, what can we possibly be looking forward to in season 2? 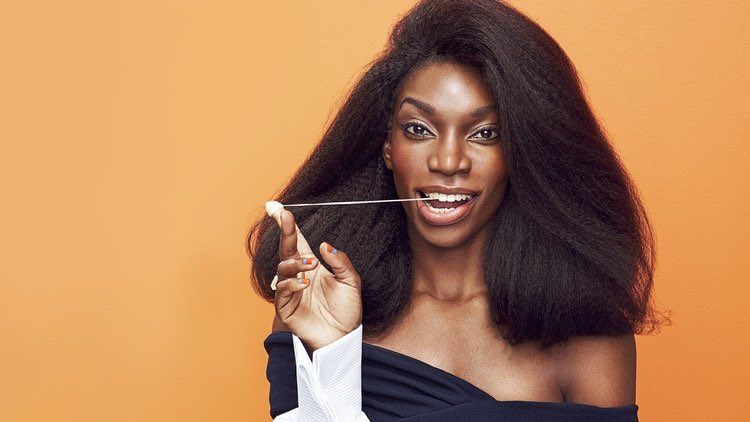 Izetta: I think we’ll see Tracy and her dude cohabitate and give us some 50 shades of awkward type shit, failing sexual positions and makeshift whips… lol. Fam, I think she’s gonna learn some shit about contraceptives, too and I just know there’s going to be a horribly funny diaphragm scene.

Season Two of Chewing Gum debuts on Netflix on 4/4/2017 and the Black Nerd Problems crew is holding a Livetweet Party. Join up with us on Twitter for details.