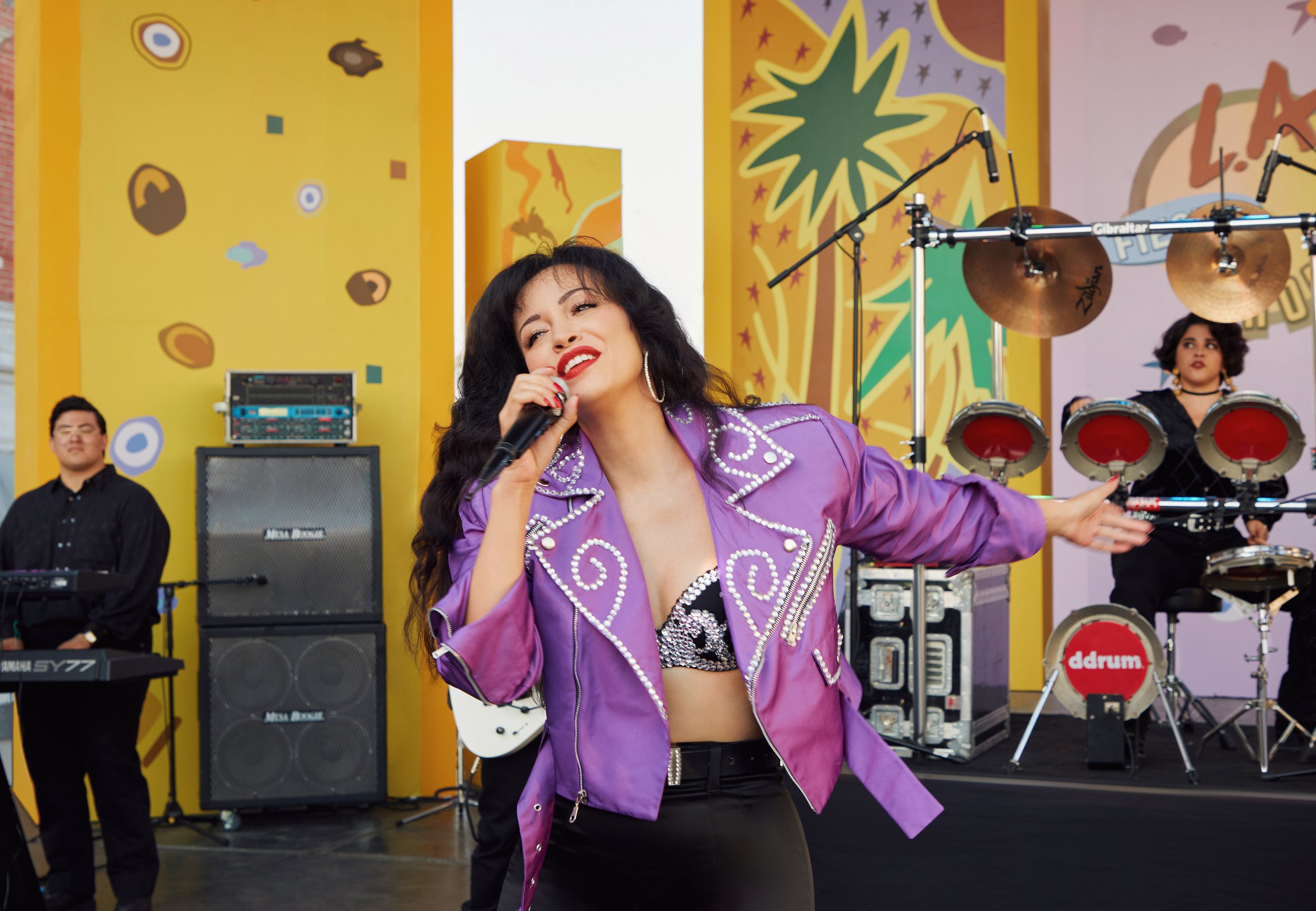 In Selena: The Series Part Two we meet up at the back end of Selena’s heartbreak. After Abraham kicked Chris off the bus, we finally shift into the world of Selena’s “adulthood”. Like most tragedies, turning points come equipped with bold decisions, adventures, love, and betrayal. A fair warning, the problems that existed last season are still prevalent. This isn’t really “Selena” but rather Selena’s family dynamics. As much as we get to see her make bold decisions, Selena is still not center stage. From eloping with Chris, her boutique hustles, and her musical tenacity, we have many avenues to see more of her.

Selena: The Series Part Two is basically a less spicy version of what we were expecting. At the beginning of the first season, we saw Selena roll away in a tour bus. She was breaking off into her solo career. But, by the time we arrive at Part Two, the creators delayed us reaching that moment. The show was flooded with family dynamics. As much as family dynamics is a great way to showcase growth and give an insight into the psyches of our characters it drives away from the focus. This is no longer “Selena’s” story but rather “Look at how everyone transformed on this journey, oh yeah, and Selena.” “The Quintanilla Family” would have been a cute fun family story, but this is not what was advertised.

Throughout the series I often questioned if there was a hero/villain role that the creators were trying to introduce. Youth as we know often comes with drastic decisions that will later become stepping stones. As I watched the series, it made me think about the psychological effects of sheltering and how that can influence the decisions you make. Sadly, throughout the series I do not see the family feeling remorseful over their handling of Selena’s growth. We kept getting “Selena was young, she makes too many mistakes, and everyone has to look over her or else she’s going to run off and do something crazy again.” That narrative wasn’t believable until her secret relationship with Chris, which less feels like a standard reaction to rules that restrict romantic freedom.

A counter argument may be, since this was in development with the family they are showing an accurate depiction of their actions. Yet a counter point would be, there is a way to explore that emotion and give evidence of Selena’s immaturity that would warrant these reactions. The show doesn’t highlight Selena enough for there to be substantial evidence of immaturity. What’s offered is a basic outline of a young adult learning, and her family being overprotective. And in that case the arrangement of how Selena is written should be altered.

In spite of the misdirection, there are a few things Part Two does well. They manage to bring in moments of fresh air. Watching Selena: The Series Part Two will bring you swings of “aww” and sweeping lessons on love. It was endearing to see the family grow up. They showcased a great reflection on what family means through their hesitancy, trials, and tribulations. The show is relaxing, cute, and light. It’s content that will add a little perk into your day, something to soothe out heavy burdens.  The quick beats of familiar songs, fleeting romance, it’s thought out and consumable for younger audiences as well.

As I reflect on their strengths, I often think about how they handled Yolanda Saldívar. Her moments were quick and fleeting, and it feels like the creators could have fleshed it out even more. Throughout the series I saw her making quick appearances, and it felt like they did not place enough importance on the effects of her actions. Saldívar basically scammed everyone and then murdered their pop icon. They spent so much time trying to break down family values, that they steered away from what makes this story so heartbreaking. By the time we even get to the murder it feels like it has no backbone.

In all, the series could have given us more Selena, a focus centered on her legacy. Yes, we know her family played a huge part in her development and growth. When we get an influential family-centered artist it will be inevitable that their involvement will come into play. But Selena in this series served as a dimly lit star in a galaxy. A narrative of her family telling her no until she moves into the world, there was much to offer and they only gave us 25% of it. Selena: The Series Part Two is available for streaming now on Netflix.