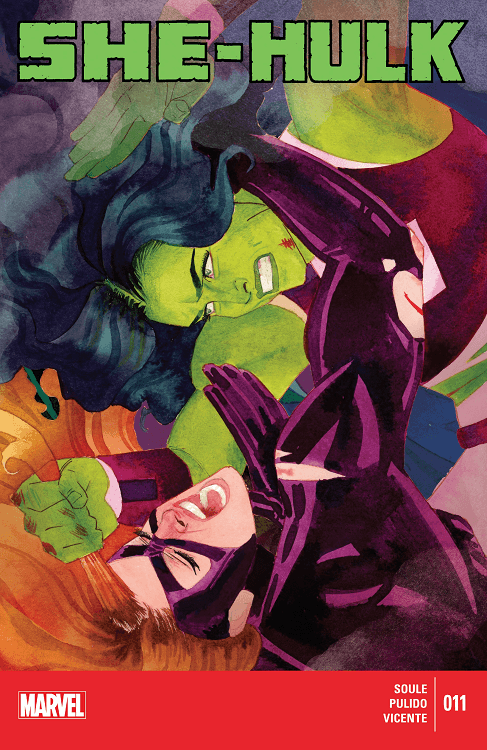 Charles Soule’s She-Hulk is almost done, which is a shame, because this is an expertly crafted book. Soule and Pulido perfectly navigate the “velvet hammer” that is Jennifer Walters by balancing her sophistication and grace with her Hulk. this was one of the more action heavy issues of the run, where it begins with Titania literally throwing Jennifer from Brooklyn to new Jersey. Titania and Volcana have been contracted to take She-Hulk out of the equation in relation to that mysterious blue file from an arc before, but our hero gets some help from her people in preventing that. The real tragedy of this issue is that it shows Soule was playing the long game with that arc, ending it abruptly just to come back to it. Maybe issue 12 was going to be the end of it. But its hard to know just how the story would have continued if it were getting a longer run.

Pulido is his usual awesome self here, even with the more than usual splash pages and action heavy sequencing. This book is usually at its best in its sequencing and calm storytelling mixed with bursts of action, but even this departure is handled well by the storytellers, giving us brief reprieves with good enlightenment.

Gonna miss this book. A lot. These are two artists at the top of their game with this book and its unfortunate that its going away after this issue.