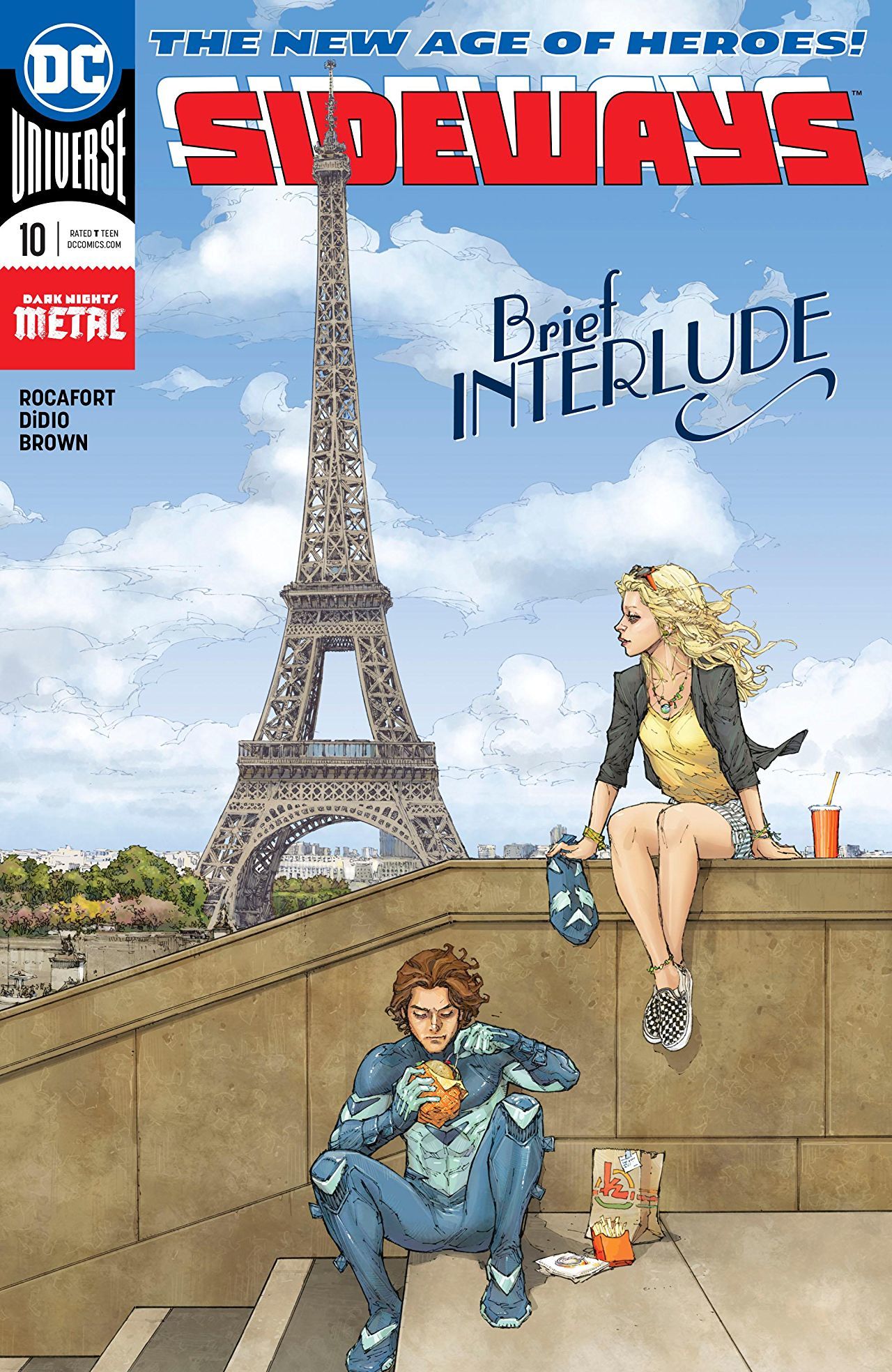 While fun in the former issue, our main character’s, Derek’s, little trip to the Dark Multiverse served as a helpful distraction from our hero’s current misfortune – the death of his mother. Now that Derek has returned home, his world comes crashing back down on him. Not only does he have to finally confront his feelings about his mother’s death but also the consequences of his missing time away from family and friends.

Crashing down is a nice way of framing the situation. It turns out that Derek was gone for a whole week while teaming up with the Seven Soldiers. With him missing his mother’s funeral, this puts an obvious strain on what little relationship he and his stepfather have. One of the things that I like about this issue is how DiDio gives Derek’s dad the spotlight for a bit. He’s a character that we don’t know all too well. You could always tell that he and Derek have had a distant relationship from the start and that factors heavily into this issue. 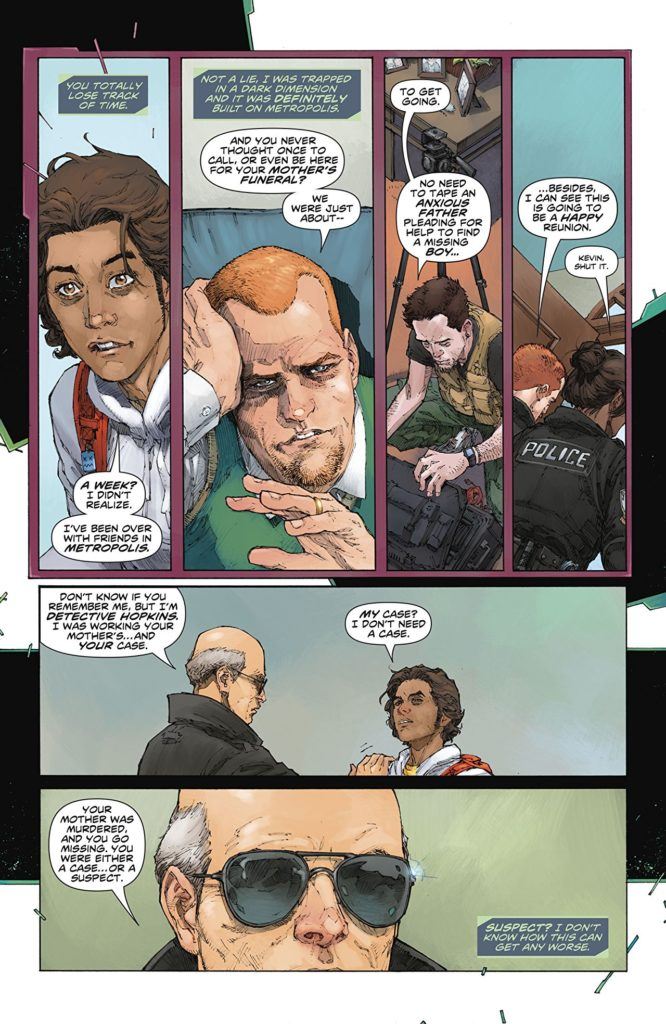 The initial reaction that Derek’s dad has to Derek’s disappearance and missing the funeral of his mother is understandable. He’s mad, frustrated, and doesn’t really know what to do with a kid he has barely ever connected with. However, I’m a little upset with how quickly he kind of gives up on Derek. This kid is the only part of your wife left and the fact that he is not even willing to try and develop a relationship with him is kind of disheartening. Aunt May, you are not, sir!

Fortunately, Derek’s return home isn’t a complete disaster. We also get to see him reconnect with Ernie, who also happens to be going through a rough patch in her life. I love seeing these two together and their reunion is made all the better by some great dialogue. The two really hash it out and Ernie always brings out the best in Derek. We also get a big progression in their relationship, and I’m excited to see where this goes.

Sideways #10 is a bit light on the action, but the story more than makes up for it. Derek is really starting to find his footing as Sideways as well as his purpose for being a hero. With the return to Gotham and enemies unknown to Derek finally making some moves, we are in for some exciting things to come.