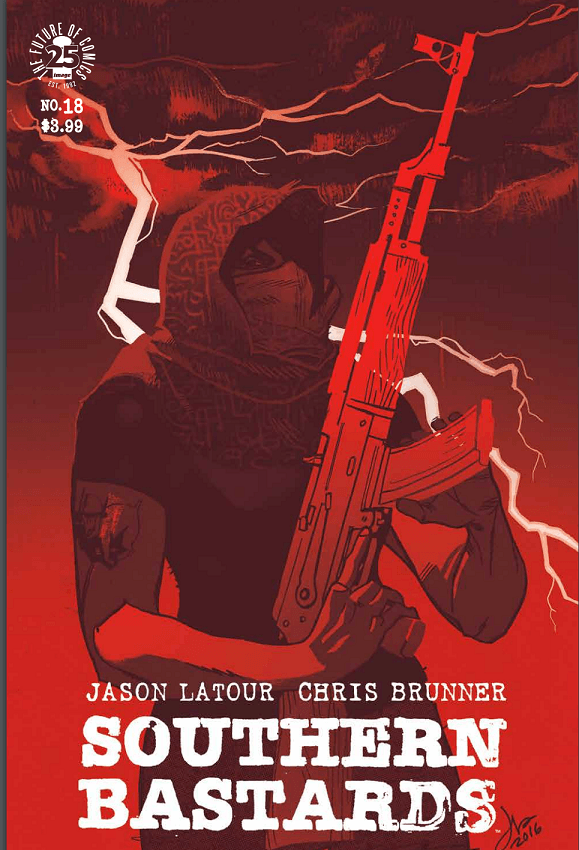 For only the second time during the series, Jason Aaron gets the month off writing duties and Latour jumps on the script to give us an isolated Roberta issue. Pardon me — Roberta Da Gawd. We’re given a pretty fleshed out backstory of Roberta that is pretty useful, showing her complicated and yet loyal history with her father. The issue provides some context to her plight for revenge while also giving a well-rounded display of just how much of her father’s daughter she is. 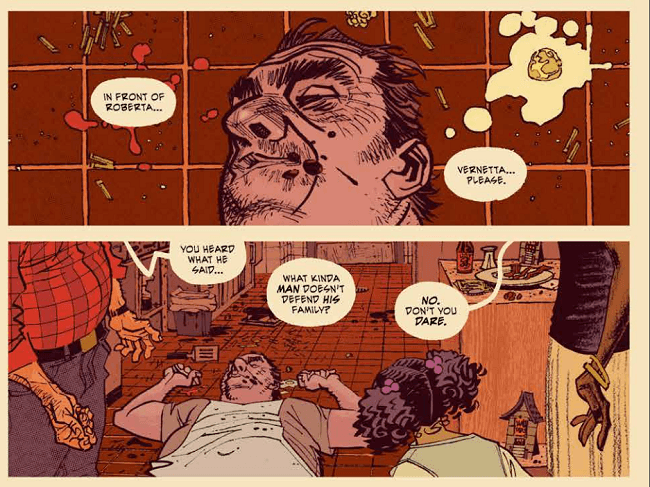 In addition to showing Roberta’s tenacity and seriousness regarding her desire for vengeance, Latour also does a great job of showing some quick flashes of Craw County itself; the roaming dogs, the bias of the motel attendant, the sprayed over signs. While not the multifaceted look at all the players involved in this corrupt town that previous issues have shown, the focused issue does not disappoint by identifying the stakes of Coach Boss’ actions and the further repercussions of Tubb’s death that happened almost 15 issues ago.

Brunner fills in well for Latour on the art side as well. Any book like this with consistent art for a long run is hard to imagine with other art, but Brunner makes the book feel familiar and also his own. We are still given a rigid tone of hard men and women living in underdeveloped landscapes. And… this issue is brutal. Really damn brutal. Brunner displays no shortcomings in making those visuals pop in the panels. 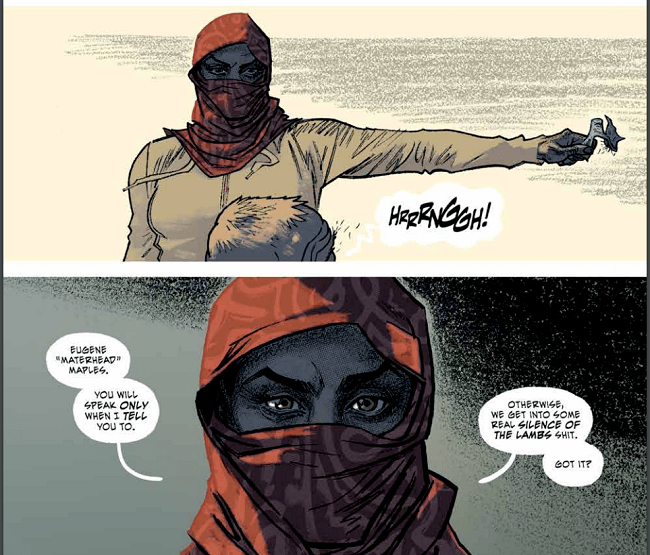 A writer and artist shake up, but no drop in quality as we got a singular character focus on Roberta as she starts her revenge in earnest. Things are rough in Craw County, and now that Roberta has truly committed to the cause, it’s going to get much worse.

Reading Southern Bastards? You can find BNP’s other reviews of the series here.