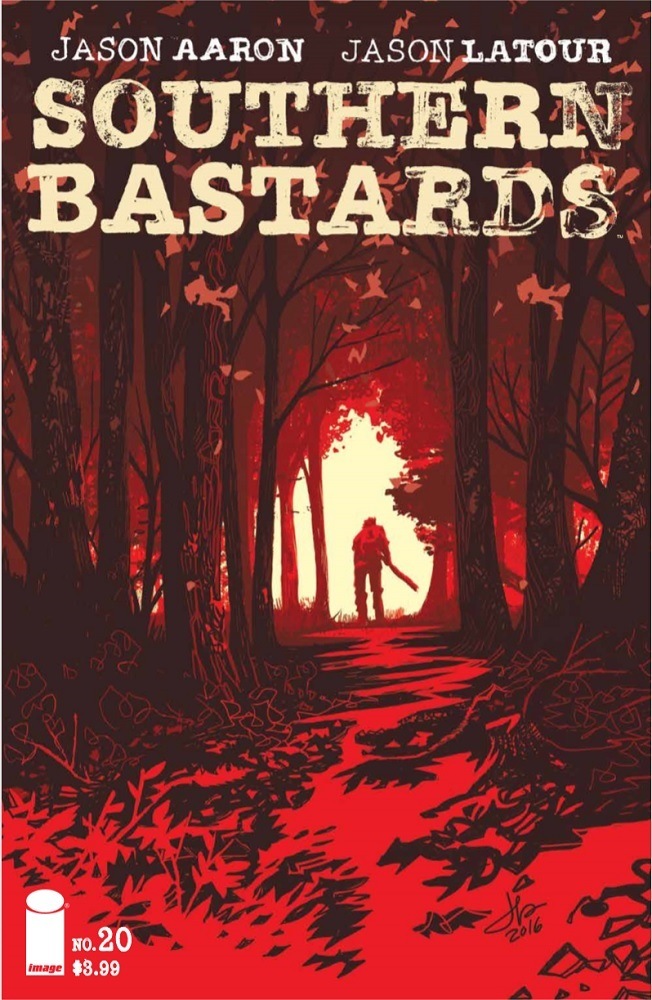 On a personal note, I had to relinquish many of the comics that I reviewed for the site for time management sake (editor-in-chief duties and what not). I’ve kept one book though. Southern Bastards continues to be one of the craziest and most potent comic books I’ve read. It’s amazing to think about how much ground has been covered in twenty issues, and for a book this damn good, that has already been nominated for an Eisner, might have just had its best issue.

The Gutcheck storyline has been just that for the characters involved and the readers. We finally got the culmination of all the disparate threads; Coach Boss trying to fend off threats on all sides and the threats he didn’t know were coming in Roberta and bowhunter Boone. The brothers Jason have been amazing this issue but really all the work they’ve done previously set up this issue to glide from scene to scene.

The violence this issue is absolutely brutal, appropriately so. This isn’t a super-powered story of laser and energy blasts. This is broken limbs, arrows through hands and AK-47s as a visceral instrument of storytelling. It ups the intensity, and mind you, we just had an issue where it looked like Coach Boss beat a man to death during halftime of the big game. However, the violence is earned through the vignettes that introduced the characters involved. 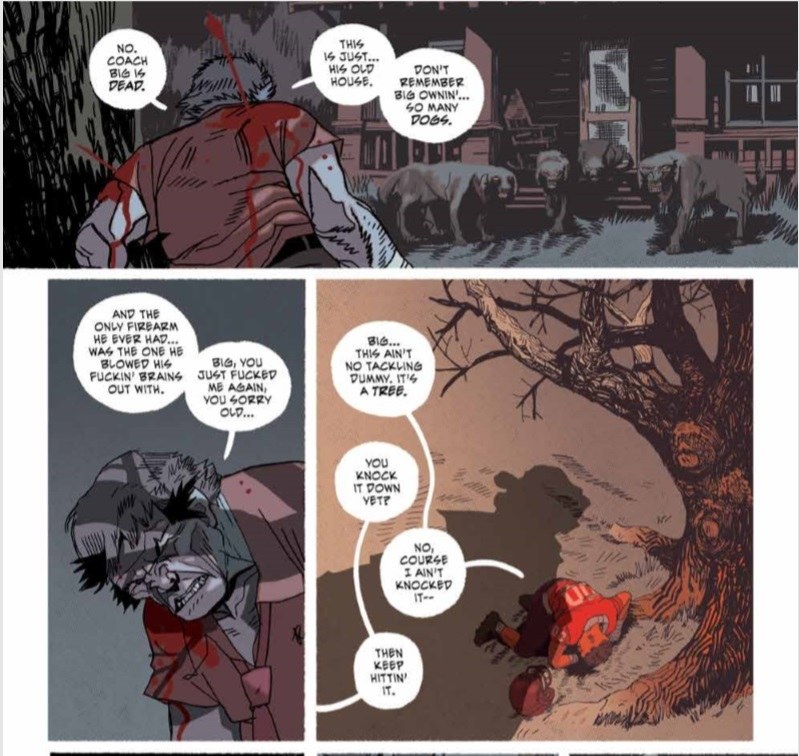 Not only is the action big for the three characters at the end of last issue, but we see the machinations of what will happen when the violence gets sorted out. It’s quite possible that we will have yet another dynamic change to this book that happened over ten issues ago.

Southern Bastards, as it has been, continues to be one of the very best comic books you could be reading right now. Twenty issues in, Aaron and Latour pick the fruits of their labor by delivering one of their best issues to date.

9.8 Paradigm Shifts out of 10
Reading Southern Bastards? Find BNP’s other reviews and coverage of the series here.