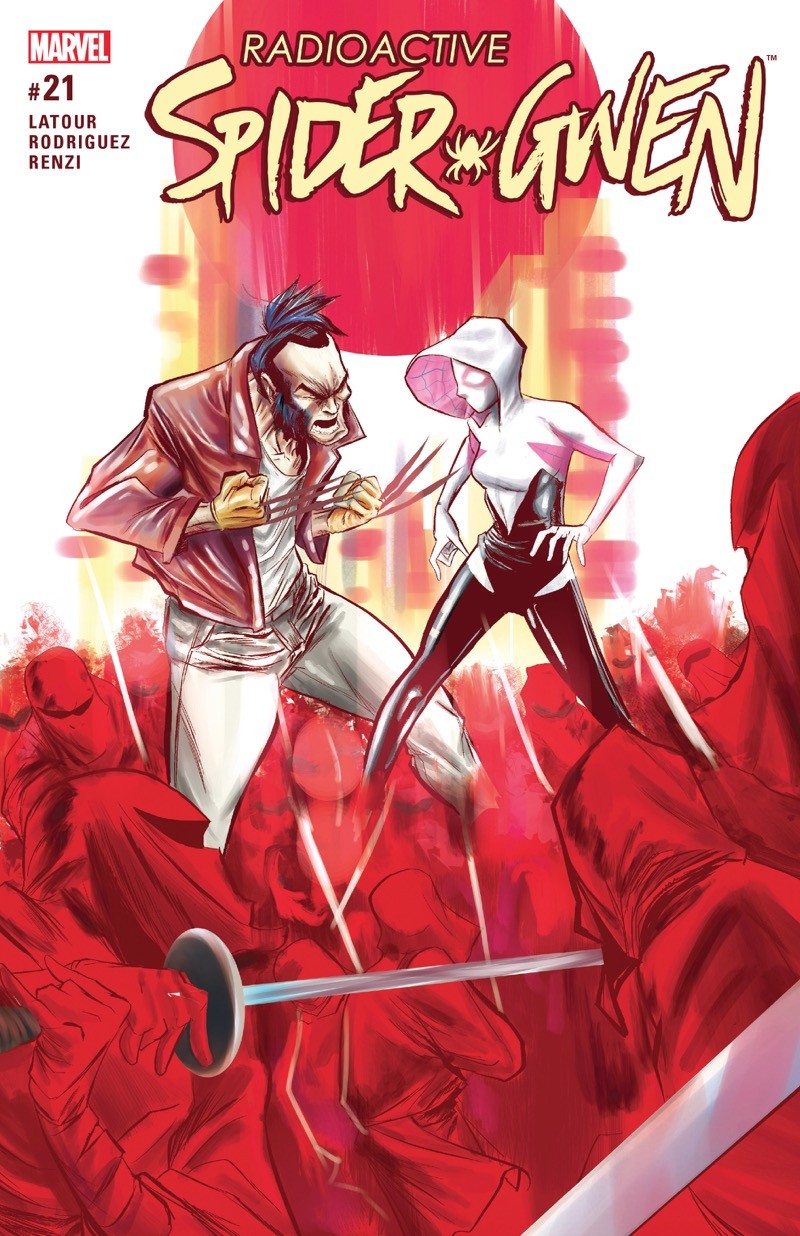 Spider-Gwen #21 follows Gwen and Harry as they are on the run from basically everyone: the law, Daredevil’s ninjas, bounty hunters, and anyone else who their skepticism would lead them to mistrust. They are – like this issue – buying a little time for a bigger plan: the mutagen that is turning Harry into the Lizard can be reversed if it can find another host, and the only person who can survive as its host is Spider-Gwen. Added bonus: it would give her powers back at the same time. The only problem is that all of this is based on trusting Matt Murdock, Earth-65’s Kingpin of Crime and the last person worthy of your trust. So, while Gwen and Harry decide to stick together and bolt, they still need to align on what to do next, and the clock is steadily ticking because life on the run is hard. 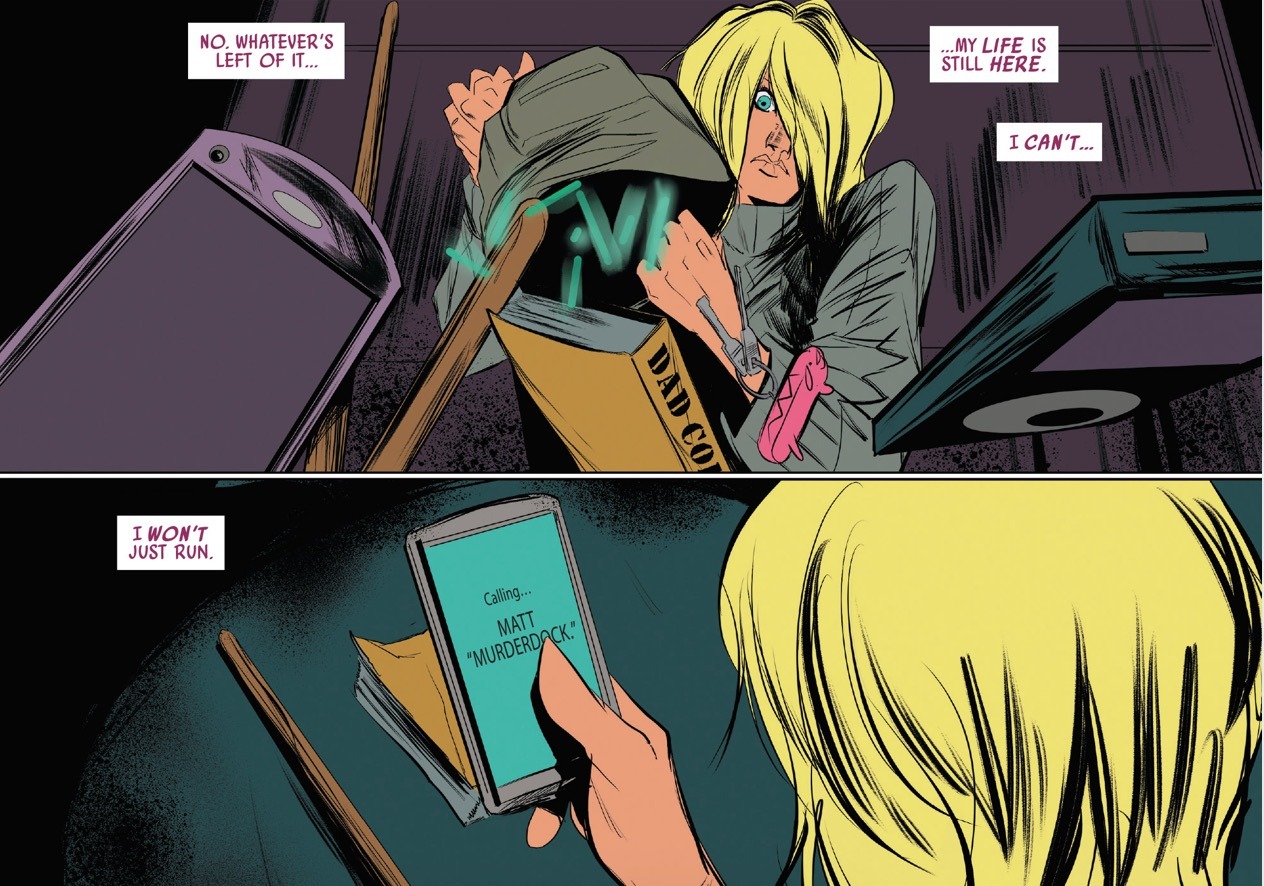 Captain Stacy, on the other hand, still chillin’ in D-Block and patiently waiting to make his moral stand by publicly incriminating himself in front of god, the courts, and TV cameras. This side of the plot is meant to keep us grounded in caring about Gwen’s family and the person she loves most, but we have not seen the two together in a while – at least not in any genuine scenes outside of brief visits in a jail visitation room – so the tension there has somewhat dissipated. Captain Stacy’s plot, compared to Gwen being attacked by bounty hunters, potentially regaining her powers, and weighing the question of her worth in respect to those powers, seems, well… boring. If you find yourself more interested in how the Mary Jane’s might react to learning Gwen’s identity than the legal fate of Gwen Stacy, you are not alone.

Artistically, what more can I say except Spider-Gwen is an absolute visual joy, as usual. The panel progression is really where it just stunts on readers, with relatively minor scenes blending with the dialogue in a way that makes them more impactful, more fun. 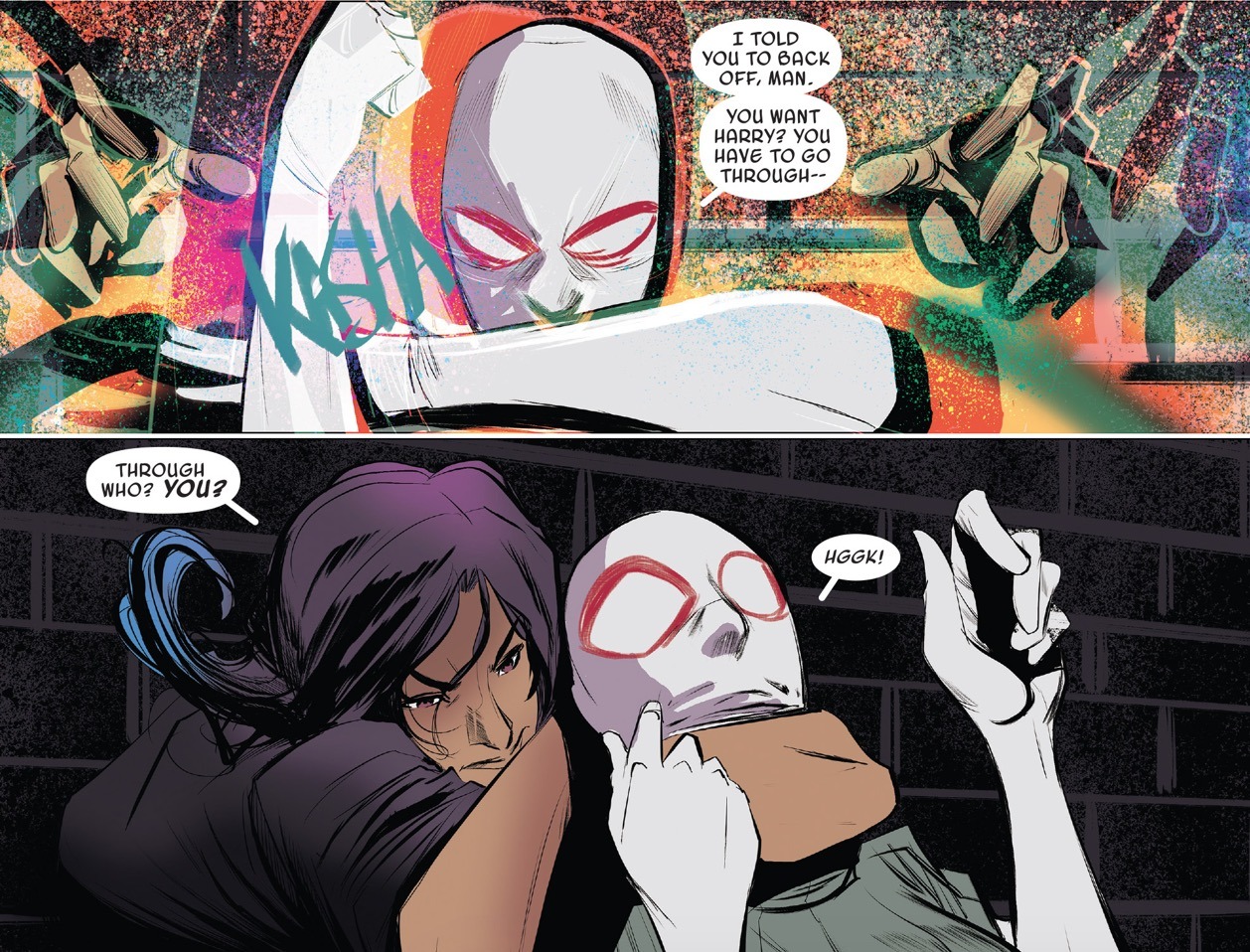 Overall, Spider-Gwen #21 is a set-up issue that builds the arc in the direction it needs to go, and it does its job while sprinkling enough drama to stay entertaining. Nothing groundbreaking to happen yet, but we have been watching this slow burn Daredevil-versus-Gwen collision course for a while now, and it should be fun watching it all come to a head.