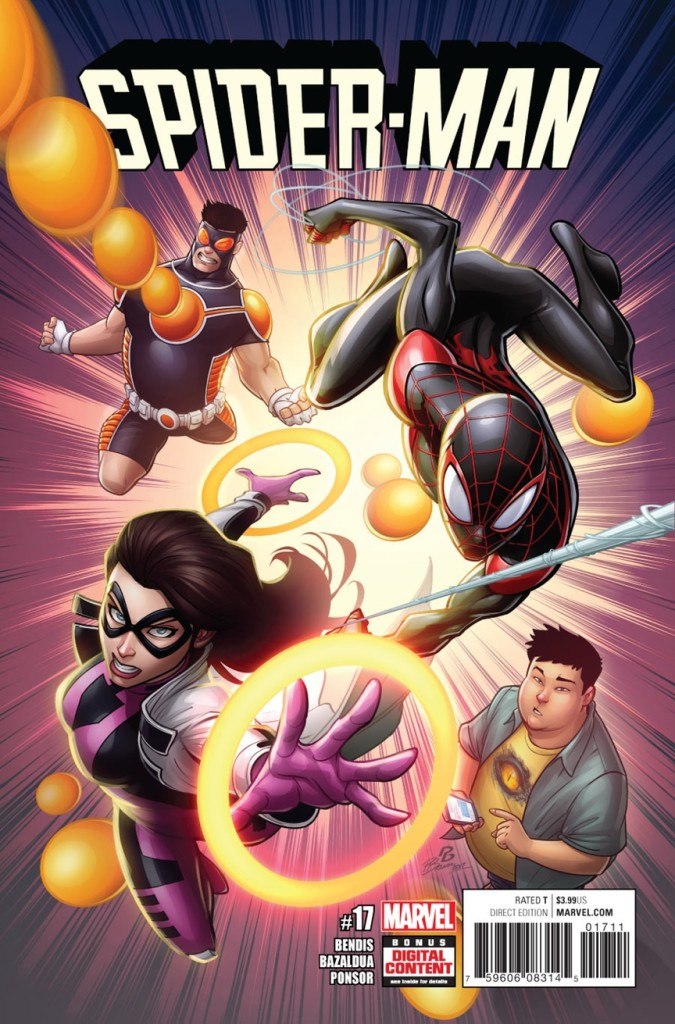 If you’re a fan of The CW level drama then you will appreciate this issue of Spider-Man. Miles is still going through his, “there is a darkness in me” goth mood. It’s a bit much but considering that he is a teenager, it’s all within reason. The issue centers around his friend Bombshell intervening on Hammer Head extorting money from a business owner. Hammer Head’s character comes off very charming this issue as we see the code he adheres himself to and when he puts that aside once pushed too far.

My biggest gripe that I can’t ignore is how careless Miles is with his identity yet again. This guy shows up to see his friend — a superhero — with his costume pattern clearly visible under his jacket. Anyone with eyes coulda put together who his alter ego is. Aside from that, this issue was great in showing that “other” side of Miles we’ve been seeing lately when its fight time.

Oscar does a great job portraying a deathly serious Miles through his mannerisms, which accompany Bendis’ undefeated talent for dialogue to push character development.