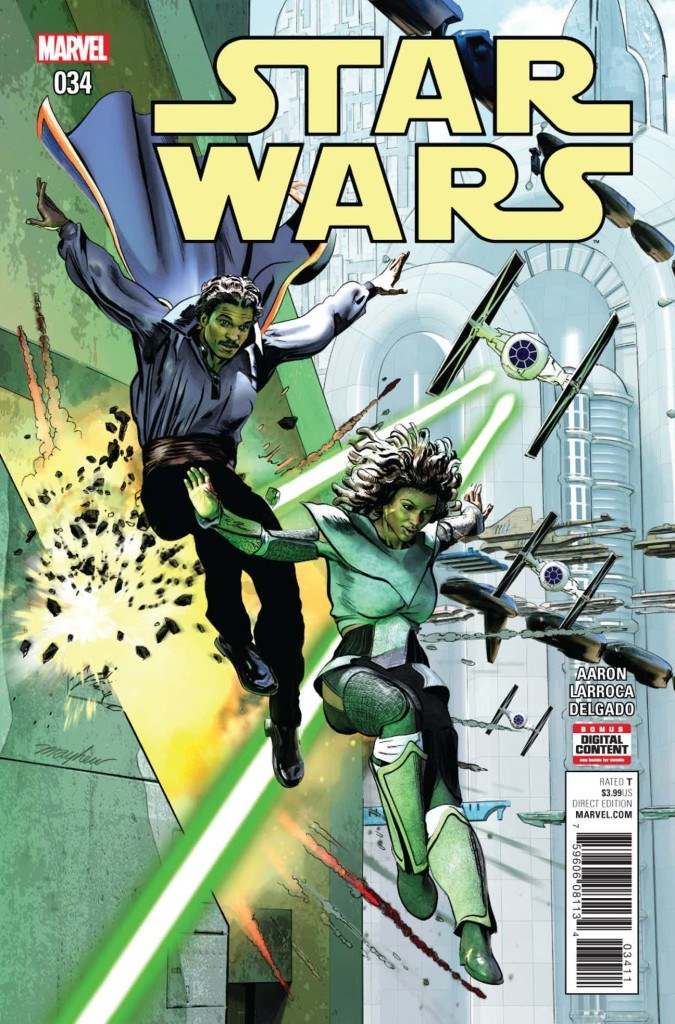 Jason Aaron is writing what is probably the most consistently entertaining Star Wars book I’ve ever read. He has so much new fun with these old characters, proving that there’s still always stories to be told within the in-betweens of these time-honored, legendary stories. Even the new characters to the “new extended universe” fit right in like they’ve always been around.

A prime example would be Han Solo’s “wife”, Sana Starros. Issue #34 makes her the star of the show as she leads Lando Calrissian along on what is a pretty entertaining con. Even though she fires her blaster maybe once, she’s still somehow as formidable as Han Solo if not moreso and twice as cunning. At no point was I not either in suspense or in stitches laughing at how swiftly this woman talks her way in and out of trouble without raising so much as a trigger finger. Lando is a laugh riot as the obligatory plug that clearly got more than he signed up for. Aaron obviously couldn’t play with the character as much as he would have liked, but he was certainly hilarious to have along for the ride. But ultimately, the whole thing left me wishing we could get a limited series for Sana. 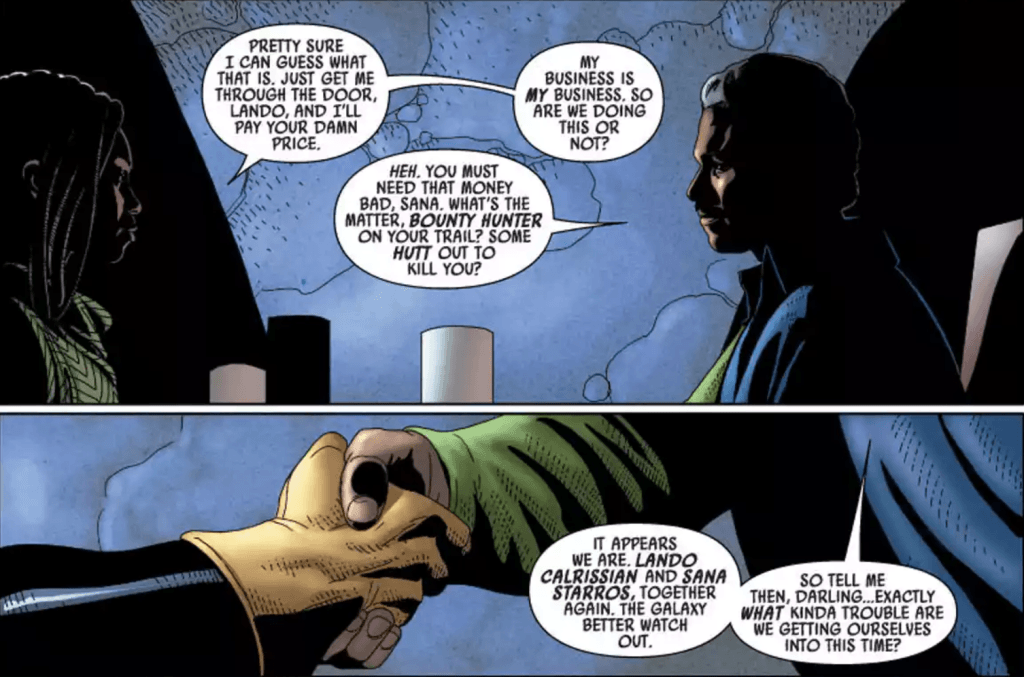 As far as the art goes, we’ve probably seen better from Salvador Larroca. The premiere problem was that the aesthetic for all the faces didn’t really match up as well as they could have and some of the expressions were hard to read.

Bottom Line: Not quite the most gorgeous issue ever, but certainly one of the most fun. Sana has already earned her keep as a reluctant part of Team Skywalker but this issue definitely reminded us of her pure entertainment value. How Kanan: The Last Padawan could manage to get a solo book and she couldn’t is beyond my understanding.