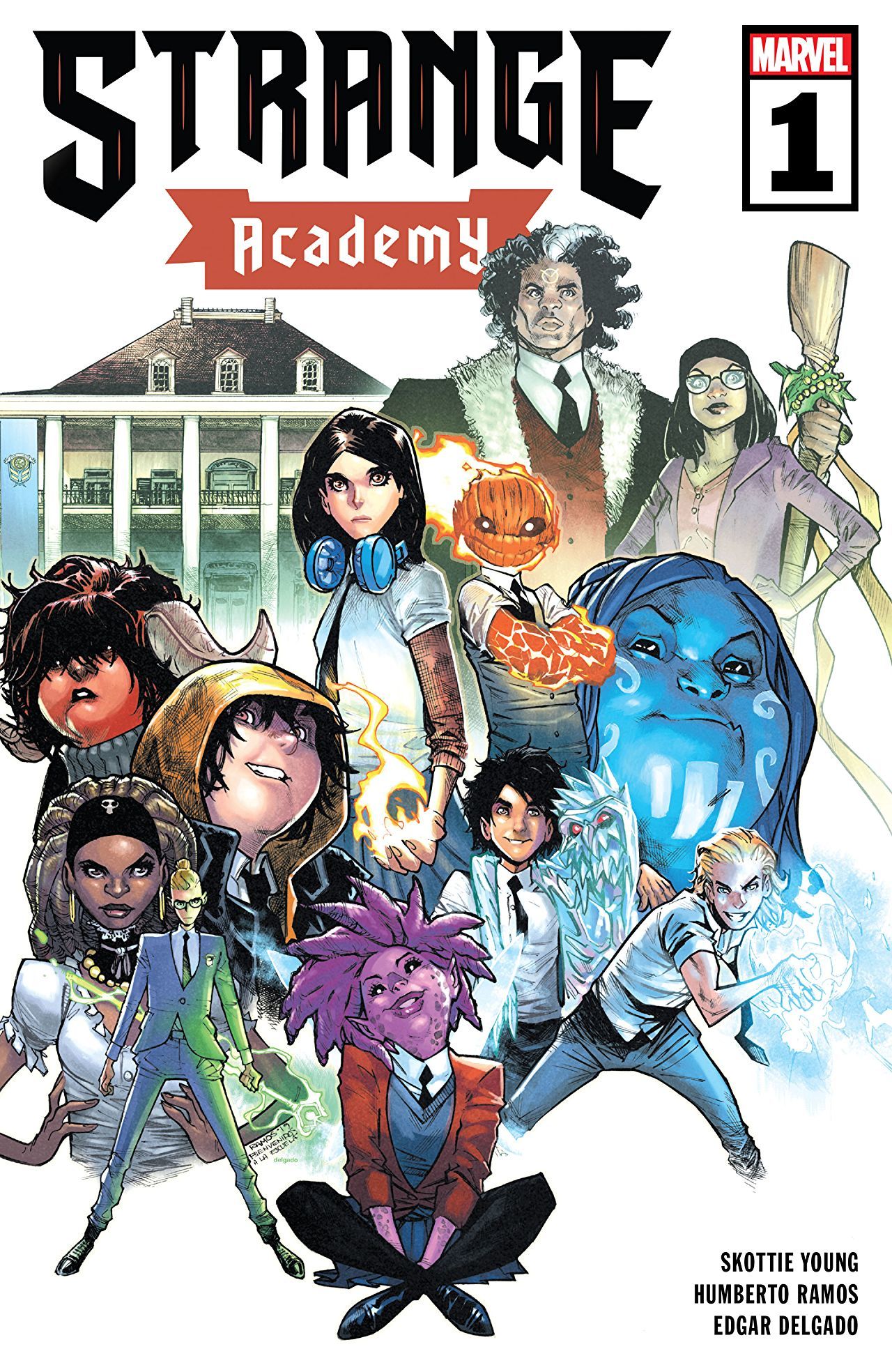 Whenever Marvel or DC drops a comic centered around its younger heroes or super-powered kids, I’m usually there. I have an obsession with legacy characters and their place in the larger universe. Also, these books happen to be super enjoyable and fun reads. In fact, books like Champions, Super Sons and Runaways are some of the best all-ages content on the shelves. The first issue of Strange Academy adds a dose of magical mayhem to that mix, making it the start to something really good.

Strange Academy takes us to New Orleans, where it seems Doctor Strange finally decided to put together his own school for gifted youngsters. There, hidden behind a magical gate, lies a huge campus filled with, you know, your average doors to space, parasitic plants, and mystical libraries with books that have existed before time itself. Our main group of students consists of a seemingly average girl from Kansas, two Asgardian brothers, Dormammu’s son, an overly friendly fairy, as well as a few other quirky characters. As for Strange Academy’s teaching staff, some of your favorite Marvel mainstays like Doctor Voodoo, The Ancient One, Nico Minoru, Scarlet Witch, Magik and more are here. And of course, the illustrious Doctor Strange himself. 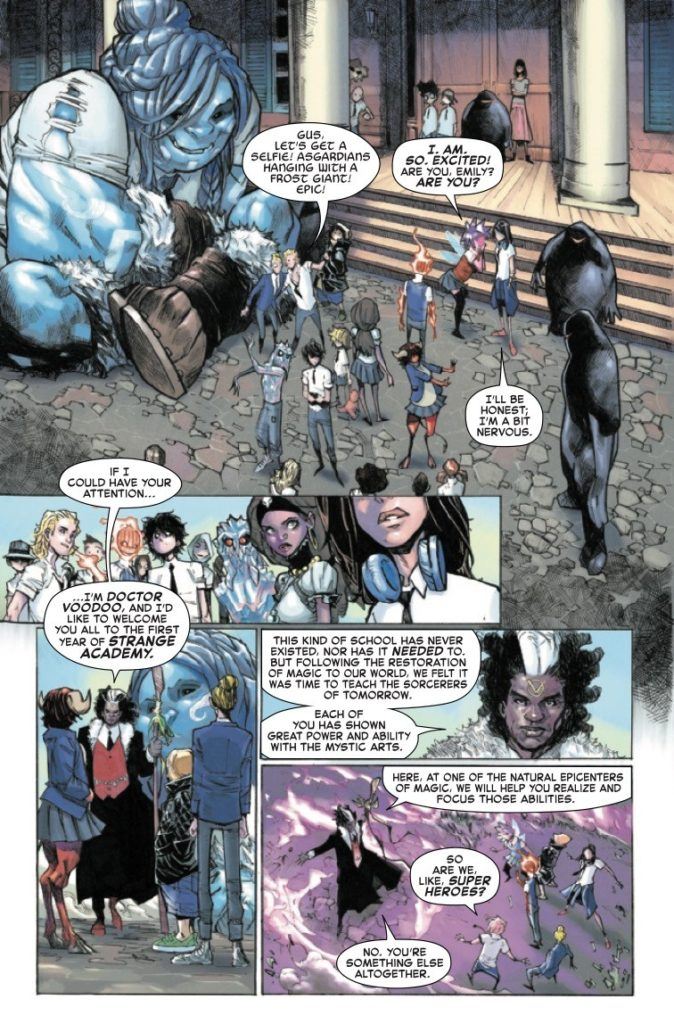 We are only in the first issue but Skottie Young does an excellent job of introducing us to this new section of the magical world. Young excels at telling fun and fairly outrageous stories and Strange Academy is no exception. The class we are introduced to has a diverse lineup of students and they are all fleshed out pretty well. So, we have a pretty damn good cast of characters on that front. What I’m more interested in seeing down the line is more from the teachers. We are only briefly introduced to some of the magical instructors but there is definitely room for some drama with characters like Magik and (as the X-Men like to call her) the pretender, Scarlet Witch working together.

This series really does have the perfect pairing. Skottie Young’s script is imaginative and so enjoyable. Paired with Humberto Ramos’ cartoon-style artwork and you definitely have a book that’s off to the right start. Ramos’ past work on books like New X-Men, Runaways, and Champions are shining examples of how well he draws books with younger heroes at the forefront. His exaggerated style lends itself well to the seemingly impossible things the characters will do and see as the series progresses. Strange Academy definitely executes its opening issue well and with all the inexperienced magical students roaming around, there is bound to be delightfully messy catastrophe ahead.